Russia Has Started Naval Exercises in the Baltic 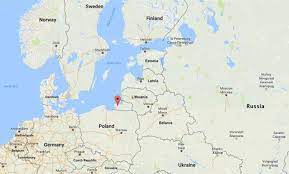 In early June, Russia started naval exercises in the Baltic Sea close to Kaliningrad, deploying about 60 warships. The Russian Minister of Defense declared that the ships from Russia's Baltic fleet would conduct training activities for the defense of sea passages and fleet bases. He added that the maneuvers would also take place on land at training grounds in the Russian enclave of Kaliningrad, with 60 ships, 40 aircraft, 2,000 units of weapons, and special equipment of the Baltic Fleet.

This enhanced activity in the Baltic Sea came after Sweden and Finland forwarded their bid to join NATO and after Russia decided to leave the Council of the Baltic Sea. The Russian Foreign Ministry announced the withdrawal on May 17th, declaring that the Council has abandoned equal dialogue and the principles on which this regional structure was based and has become a tool of anti-Russian propaganda. He reminded the other members sought to politicize the activities of the Council, promoting their own ideological guidelines within its framework. Russia, on the contrary, sought to promote cooperation in a practical direction, putting the task of sustainable socio-economic development of the Baltic region in the first place.

From a geopolitical point of view, the Baltic Sea is a strategic location in northern Europe as it is shared by Sweden, Finland, and several NATO members states like Denmark, Estonia, Germany, Latvia, Lithuania, Poland, and the Russian exclave of Kaliningrad. The latter constitutes one of the strongest Russian trump cards in the ongoing situation due to its position on the Baltic Sea.

Sandwiched between Poland and Lithuania, Kaliningrad is the capital, seaport, and administrative center of Russia's Kaliningrad oblast (region). It was originally German and known by Königsberg from 1255 to 1946. Located close upstream from Frisches Lagoon on the Pregolya River, the city was handed over to the Soviet Union in 1945 under the Potsdam Agreement, after serving as the capital of the dukes of Prussia and then East Prussia. The city is now a Russian Federation exclave, cut off from the rest of the country. In this regard, of vital importance for the terrestrial connection with the Baltic countries is the Suwalki corridor.

This comprises 100 kilometers of rocky and mountainous terrain positioned between the Kaliningrad Oblast and Belarus. It is also located between Poland and Lithuania, both members of NATO. This corridor, due to its location, is critical for Baltic security. Accordingly, concerns about the security of the corridor were raised in 2014 after the Russian annexation of Crimea, an event that demonstrated Russian non-compliance with international law. Fears of a possible attack on the defenseless corridor were therefore raised, particularly after the February 2022 invasion of Ukraine that had been excluded by Russia in the past.

Another issue raised about Kaliningrad and Russia is the problem of nuclear weapons. Vyacheslav Volodin, the head of Russia's State Duma, has warned that if Western governments arm Kyiv with nuclear weapons, a nuclear conflict might erupt in the heart of Europe, making it "disappear." While Western countries rejected the idea of providing Ukraine with nuclear weapons, Radoslaw Sikorski, a former Polish foreign minister and current member of the European Parliament, allegedly told Ukrainian online channel Espresso TV that the West has the right to offer Ukraine nuclear weapons to safeguard its independence. This right, according to him, is based on the fact that Russia has broken the Budapest Security Assurances Memorandum of 1994. In that year, Ukraine committed to surrendering all nuclear weapons it had when the Soviet Union fell apart and joined the Treaty on the Nonproliferation of nuclear weapons.

In the meantime, fears of Russian nuclear weapons in Kaliningrad are growing as Russia has upgraded the weapons bunkers in recent years, and nuclear weapons carriers in the form of the robot system Iskander are in place. Nevertheless, there is no clear evidence of their actual presence in the territory of the Russian exclave. Sweden is on high alert as the Russian exclave is closely located to the Swedish island of Gotland in the middle of the Baltic Sea. Besides the recent naval drills, in May, more than 100 Russian soldiers in Kaliningrad took part in a military exercise pretending to shoot nuclear rockets at imagined enemy positions in Europe.

Nevertheless, fears that Russia may want to attack Lithuania and Poland to create a corridor with Kaliningrad and get control of the Swedish island of Gotland are countered by two main considerations. Firstly, an attack on Poland and Lithuania would lead to a serious expansion of the conflict as they are both NATO members. Secondly, whatever activities Russia is planning in Kaliningrad, the exclave can be cut off from its motherland, Russia, as the slim land corridor can be effortlessly occupied by NATO forces.