Russia Is Opening Its Own McDonald’s 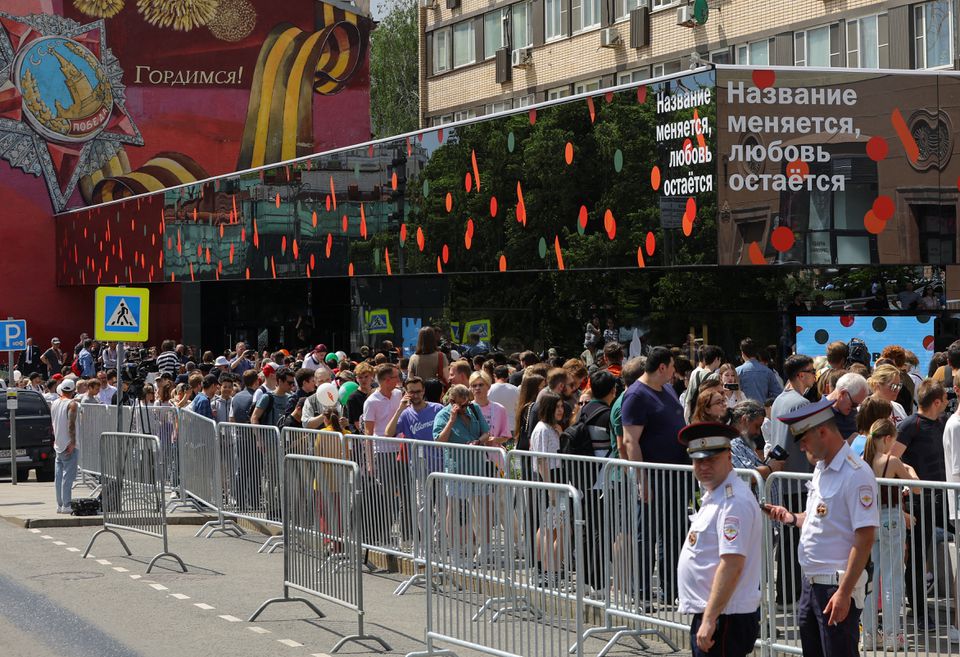 In Moscow 32 years ago, people were queuing up for hours to try their first Big Mac. It was a big event as the first, and one of the most famous western chains opened its first branch in Russia. Three decades later, the Muscovites are queuing up in the same place. This time, not under the big “M”, but two dots and two diagonal lines. This is how Russia rebranded McDonald's, with a new logo, and name: “Vkusno & tochka", literally “Tasty- Period”.

This happened on June 12th, when hundreds of local people gathered outside of one of McDonald's former outlets in Moscow`s Pushkin Square to celebrate the event. This place was not randomly chosen, as it is an iconic location for the memory of all those Russians present during the first opening in 1990. Now, Muscovites can enjoy fast food under a new logo. This is made up of a red-orange circle and two orange lines against a green background supposed to represent two sticks of yellow fried potatoes and a yellow-orange burger. The green background should represent the quality of the service provided.

This rebranding came after several labels decided to withdraw from Russia after the invasion of Ukraine. This happened in March when several companies announced they would halt their operations. Among them, McDonald's and Starbucks decided to close, respectively, 850 and 100 shops. Coca-cola, Heineken, L`Oreal, Unilever, Mothercare, and Imperial Brands halted their operations as well. The economic backlash for both the companies and Russia was tangible. Mothercare, for instance, accounted for 20 percent to 25% of the company's global revenues. Imperial Brands, the firm behind JPS and Davidoff cigarettes, said that production at its Volgograd factory would be terminated, affecting around 1,000 people. This also concerned Ukraine, where many companies decided to shut down their fabrics due to security concerns.

McDonald's, the world's largest burger chain, controlled 84% of its almost 850 stores in Russia. Together with Ukraine, last year`s revenue reached around 9% of the total fast-food chain's revenue, or $2 billion. Notwithstanding this decision, McDonald's will retain the right to acquire back its Russian restaurants within 15 years. The worldwide fast-food chain's choice to halt operations was one of the harshest responses by a foreign firm to Russia's deployment of troops in Ukraine. Although some franchised locations remained open from March to May, McDonald's decided to leave Russia and sell their 850 shops to Alexander Govor, who already had 25 franchisees in Siberia. This businessman controls part of Neftekhimservis, a construction company that owns a Siberian oil refinery. He also owns a 50% investment in a minor forestry company and a 25% stake in a fishing and hunting company. Besides these shares, Mr. Govor also serves on the board of directors of Inrusinvest, which is currently developing a medical center and a Park Inn hotel in Novokuznetsk, Siberia.

The deal between McDonald's and Mr. Govor, whose financial terms have not been disclosed, will allow the businessman to keep all the employees for at least two years on equivalent terms. Mr. Govor, who said to be proud and honored to have the chance to take up this business, has bright plans. He intends to open 1,000 locations across the country under the new brand.

As for the menu, some necessary changes had to be made as many Western suppliers withdrew from Russia. This is the case with Coca-Cola, and Russia is now looking for a new supplier since the remaining stocks are limited. The menu offered is smaller. Accordingly, some flagships like the Big Mac, some other burgers, desserts like the McFlurry, and several salads are absent. Nevertheless, the new chain has tried to preserve the quality and similarity of the new products with some of Mcdonald's most famous meals. For instance, in the current Tasty-Period menu, customers can find the substitute for the Quarter Pounder with Cheese/McRoyal under the names “Grand Burger” and “Double Grand”, the Chickenburger and Chicken Premier replaced the McChicken and Seriously Chicken, the McWrap can be found under the name Caesar Roll, and the Filet-o-Fish is now called Fishburger.

Therefore, under the banner ”the name changed, but the love remained”, as it appears on the “Tasty-period” outlet in Pushkin Square, Russians can continue enjoying their fast-food habits, maybe mourning, deep inside them, for the glorious Big Mac.