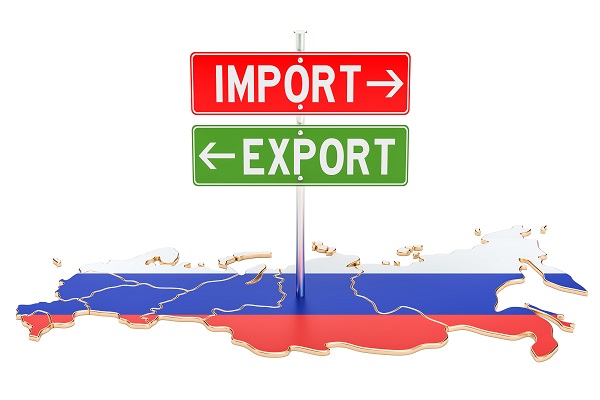 The Ministry of Industry and Trade of the Russian Federation has published a list of 96 goods for parallel import. The new regulation comes into force on May 6, 2022. The order of the Ministry legalizes the importation into the country of brand goods sold in other countries without copyrights. The products are not supplied through an official distributor but by alternative methods. "Parallel import does not mean permission for the import and trade turnover of counterfeit goods in the Russian Federation — the products must be legally put into circulation in the country from where the import is carried out," the Ministry of Industry and Trade explained. The department is ready to promptly adjust the list of brands that fall under parallel import, depending on the decision of such companies to work in Russia. Several companies have already expressed a desire to remain working in the Russian Federation and withdraw from the list compiled by the department. It was also stated that the list is aimed at “protecting the interests of domestic consumers of products of those foreign companies that left the Russian market under the conditions of the sanctions imposed by “unfriendly” countries”.

As it follows from the document, it will be possible to import components for foreign cars, electronics and household appliances (including smartphones and computers), textiles, clothing, and shoes, as well as chemical products. The list of parallel imports, mainly based on the enumeration of what can be imported, looks different concerning the goods of the perfumery and cosmetics industry. The Ministry of Industry and Trade lists those brands that are an exception and are not subject to import without the permission of the copyright holder. In total, 36 brands of cosmetics and perfumes are excluded from the list. In particular, there are almost 30 brands under which L’Oréal is concerned producing perfumes, toilet water, cosmetics, and hair products. In addition, it will not be possible to import Procter & Gamble products. In March, L’Oréal and P&G announced the suspension of investments in Russia. P&G also declared the suspension of advertising, media activity, and promotional campaigns.

The decision to legalize parallel import in the country was taken due to the numerous sanctions by Western countries, which caused a deficit of goods in the Russian market. At the moment 10 128 sanctions have already been imposed against Russia over its invasion of Ukraine. EU is drawing up a sixth package, which will include a ban on oil import and expel from the SWIFT international payments system of Russian banks. The UK is introducing a third package of sanctions as well, which will affect goods worth 250 million pounds, including chemicals, plastics, rubber, and machinery. This is about 10% of all British exports to Russia by the end of 2021.

The Russian government expects that the decision to legalize parallel import in the country will positively affect the economy and decrease the influence of western sanctions. Russia’s Federal Antimonopoly Service claimed that “the measure will lead to a decrease in retail prices” due to competition among brands.