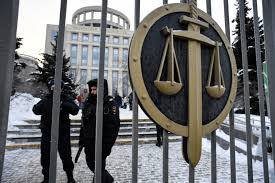 The Supreme Court of Russia has started to shut down its historic Memorial- the most prominent Human Rights Group, founded in 1989, for violating ‘foreign agent’ law on Tuesday. The ruling took a blow on an organization for documenting repression, creating a tarnished image of the USSR, and rehabilitating Nazi criminals.

The move witnessed a series of events of opposition movements and rights groups since last year, which included the top Kremlin critic arrest and a ban on his political movement. However, Moscow justified the arrest to enforce laws to prevent extremism and foreign influence. With the ongoing crackdowns and the shutting of the most trusted watchdog marks, it was the latest step in sweeping off the right to freedom and expression of the people.

Last month, prosecutors appealed to dissolve the Moscow-based Human Rights Centre, which maintains a running list of individuals termed as political prisoners. The list includes Jehovah's Witnesses and Muslims convicted of terrorism by the state that the Memorial claims to be the victims detained based on unproven charges through fabricated shreds of evidence. More recently, Memorial has dismissed the lawsuit filed against it stating the critics as politically motivated.

The Board Chairman of the organization Mr Jan Raczynski expressed his concern over the state choosing the wrong direction, underlying the political agenda. The lawyer of the group in an interview with the Interfax news agency also quoted that if needed, it would appeal in Russia and at European Union Strasbourg court for justice.

The director of the Amnesty International’s Eastern Europe and Central Asia, Marie Struthers reacted to the Court’s decision, appealing to condemn the move by overturning the decision. She further adds that shutting down the Memorial presents a direct assault on the rights of freedom of the people of the nation.

Memorial was established in 1989, in the final years of the Soviet Union. Initially, it was limited to the role of investigating the crimes of the Stalinist era but later it began scrutinizing the modern-day abuses under the critics of President Vladimir Putin.

The ruling came after the Memorial Human Rights Centre enlisted as ‘Foreign Agent’ by the government authorities back in 2015, which imposed restrictions on multiple activities of the group. The label reprimands the working of the group and has a negative Stalin-era connotation. It requires the group to disclose its sources of funding and mark all the publications with a disclaimer tag.

In the prosecutor’s lawsuit, Alexei Zhafyarov said that the group repeatedly violated the norms, condemning it to oblige as a ‘Foreign Agent’ and also accused of overlooking extremism and terrorism.

All such allegations were dismissed by the group calling them “absurd”. It has further claimed that the members of the group would continue to function even if it gets dissolved.

Lately, the group has been getting strong support from the public and many prominent figures. The framed pressure on the group has evoked public outrage. While many significant figures have shown support and a lot were detained on Tuesday for surrounding the court.

In recent months, the Russian government has taken a toll on pressure groups, private media outlets, and journalists designating them as “foreign agents”. Moscow justified the action of the state authorities saying “to thwart extremism and terrorism” and protect the nation from foreign influence. However, the dig is forbidding the rights of the people. At least two groups got dissolved to avoid further crackdowns.

The list of political prisoners by the Memorial serves as a threat to disclose the illegal detention by the state authorities. It included Putin’s prominent opponent Alexey Navalny, whose political organizations were closed down earlier this year. In October, it released the updated list marking an increase in political prisoners from 46 to 420, compared to 2015.

While Putin criticized Memorial for advocating terrorism and showing faulty data, Gorbachev spoke in favour of the organization last month stating that the Memorial has always served to restore historical justice and would continue to do so in the future.

The freedom of expression and association is at stake. Banning human rights groups can therefore be a signal for the upcoming new totalitarian state, dissolving the little freedom granted in the era of Gorbachev. Whether pressure groups stand strongly united or the dictatorship becomes repressive will be evident in the upcoming proceedings of the court.