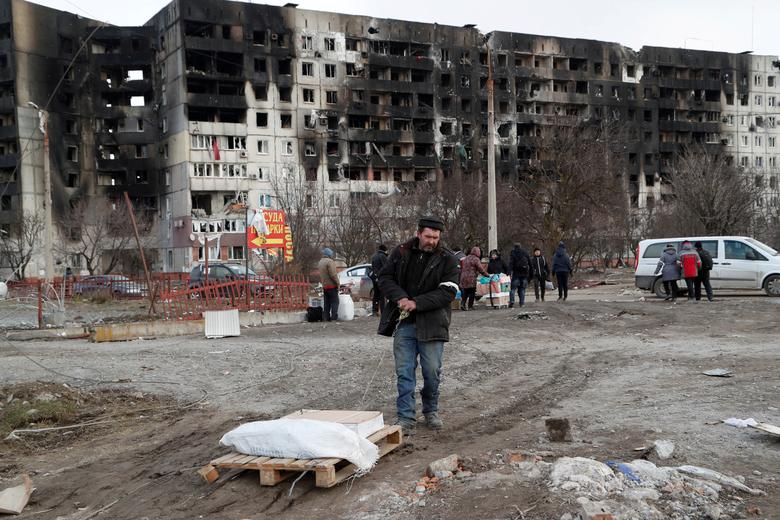 This Thursday, April 21, Russia finally took control of the city of Mariupol in Ukraine and President Vladimir Putin indicated that they will not assault the last Ukrainian stronghold but rather completely block its access so that absolutely no one can enter.

Likewise, Putin described his strategy of conquest and blockade as a "success". However, the plant located in the city is still in the hands of the Ukrainian forces, which prevents Russia from claiming total victory.

Even so, the conquest and control of Mariupol in the hands of the Russians is an important act of pressure and domination as a symbolic territorial strategy.

The situation that has been experienced in Mariupol since the beginning of the war has been of global interest since this territory has been in dispute since the beginning. On the other hand, the fall of the city takes away an essential part of the Ukrainian countryside and refers to "taking an arm" from the human body in terms of comparison.

However, during the series of attacks, the statements given by Putin reflected a change in the strategy of conquering Mariupol, which seemed intended to control the entire city but instead decided to block access.

Before acts, the Ukrainian entities decided not to issue any kind of comment or make statements about the messages issued from Moscow. For their part, they focused on sending four buses to continue evacuating the city population.

Even though more than half of the Mariupol population has been evacuated, it is reported that thousands of people still inhabit the area, and around 20,000 individuals have died since the beginning of the war.

However, there are several reasons why Mariupol was targeted by Russian forces to control this territory.

One of them, and perhaps the most important, is that with Mariupol in command of Russia, the corridor between Crimea (already taken by Russia in 2014) and Donbas is secured, making the small city a bridge to continue conquering territory. On the other hand, if the Russian nation achieves Mariupol's full control, it will also gain full control of more than 80% of Ukraine's Black Sea coast, preventing maritime trade to the Ukrainian country.

With total management of Mariupol, Russia would be close to the economic flow of Ukraine because a large part of the Black Sea and its maritime activities would be under Russian control, which would eliminate certain sources of income for Ukraine among which are large factories of iron, steel, coal, and corn in Mariupol that stand out for their export to the Middle East.

Finally, Mariupol is the birthplace of the Azov Brigade, which has far-right extremists, including neo-Nazis. That is the ideal opportunity to give a message that the struggle in Ukraine is to rid it of the neo-Nazis and thus conclude that this war is for a justifiable cause.