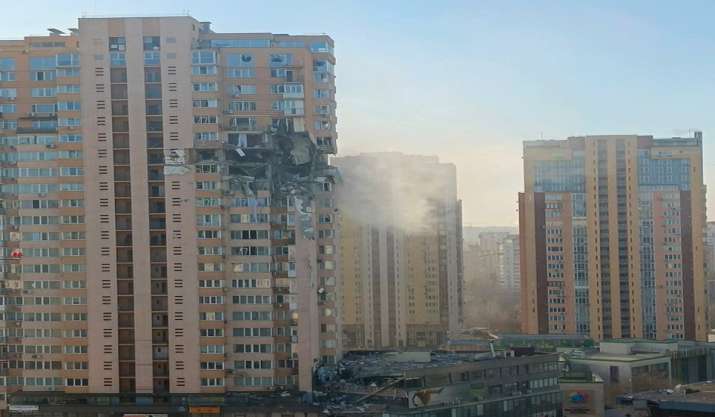 Russian troops marched into the Ukrainian capital on Friday, with explosions and gunfire being heard in cities like Kyiv, as the invasion of a democratic country fueled fears of a wider war in Europe and sparked international efforts to stop Moscow.

With reports of hundreds of deaths and other casualties in the war, including the bombing of an apartment building in Kyiv and the demolition of bridges and educational institutions, there have also been increasing indications that Vladimir Putin's Russia may be seeking to overthrow the Ukrainian government.

While Russia vetoed a U.N. Security Council resolution demanding that Moscow immediately stop its war on Ukraine and evacuate all soldiers, India, China, and the UAE refrained.

Meanwhile, Russia's attack on Ukraine continues. The vote was 11 in favor, 1 against, and 3 abstentions. India abstained, restating its regret that the "path of diplomacy was given up."

Air India, on the other hand, will organize three flights to the Romanian city of Bucharest and one trip to the Hungarian capital, Budapest, by Saturday in order to evacuate Indians who are stuck in Ukraine.