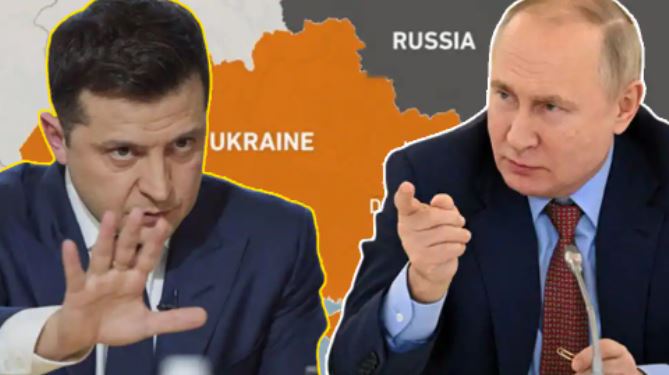 The Russian invasion of Ukraine is currently on its 51st Day and there is now a possible new dimension to this entire conflict. In the latest coming updates, the Moscow authorities have now warned that Washington is currently arming its weapons against Ukraine. This news came moments after the US president Joe Biden announced another 800 million dollars of military assistance to Ukraine, hearing that Moscow is accusing the Biden administration of adding fuel to the war. Moscow has now sent a formal diplomatic note to Washington DC, a note called ‘a démarche’ which was sent through normal channels. The note is said to have highlighted as to how the weapons sent by the United States were having an impact on Kremlin and that Russians were concerned about the new tranche of the sophisticated offensive weaponry that is currently a part of the Biden administration's 800-million-dollar package.

According to American officials, these weapons will help the Ukrainian soldiers to fight a different style of battle in the opening; in the open areas of the Donbass region in particular, where Russian forces currently appear to have taken stronghold and are currently open to amassing an attack. The two-month war has severely depleted Kyiv’s firepower but the Ukrainian forces continue to fiercely resist the Russian onslaught with its depleting armory. The Ukrainian president is cognizant of the same and is currently pressing for an urgent delivery of these ammunitions.

The Kremlin has warned that arming Ukraine with weapons can lead to unpredictable consequences, including targeting deliveries of the weapons to eastern Ukraine in particular. Now this issue has become the recent focus of Russia's two-fold month-long invasion of Ukraine, further prompting fresh risks of a direct Russia versus NATO confrontation.

Moscow has now said to have warned repeatedly that any weapon or weapon deliveries to Ukraine would then be legitimate targets. Following this, on March 13th Russia attacked a Ukrainian military base close to the alliance's border and the Yaro base is currently located 25 kilometers away from the Polish border. It was struck by the Russian missiles resulting in killing of 35 people and injuring more than 130 but ever since then, Ukraine has managed to thwart the Moscow advances forcing it to redeploy its troops.

Ukraine claims that the Russian navy's warship was hit by its missiles, a claim which has now gotten the Pentagon thinking and backing. The sinking of the Russian warship Moskva in the black sea could add to an escalation.