Russian Soldiers Return to Chernobyl: Now and Then 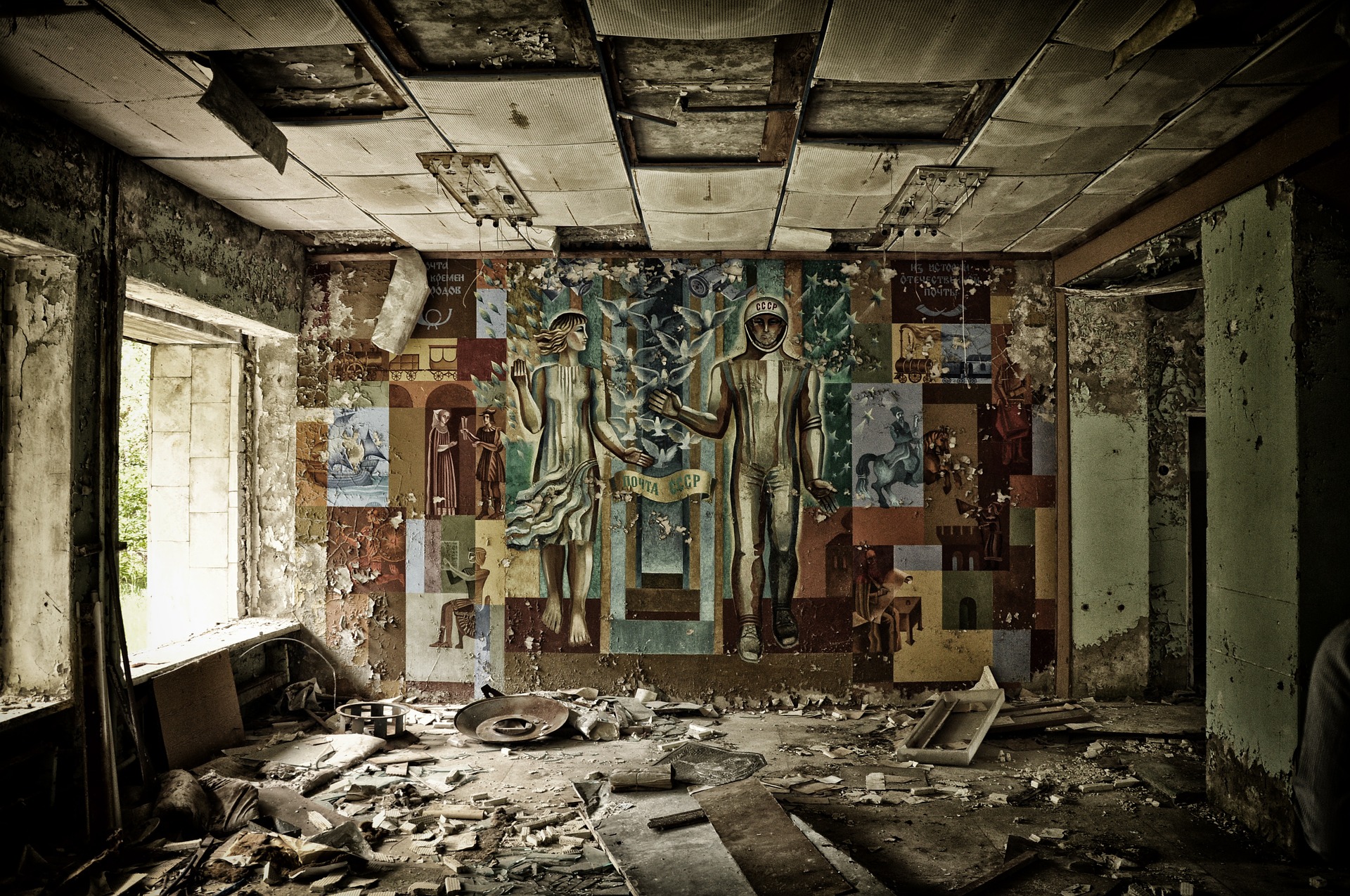 The word ‘Chernobyl’ conjures up frightening memories and images of a nuclear reactor exploded and on fire, on the brink of a cataclysmic meltdown.  It remains the world’s worst nuclear accident.

When Reactor Number 4 exploded at the Chernobyl Nuclear Power Plant in Pripyat, Ukraine in April 1986, thousands of Soviet soldiers were deployed in an attempt to control and limit the extent of the radioactive fallout in the area. Roles varied, but one of the most dangerous, saw 5,000 soldiers mount the roof closest to the exploded reactor core in order to remove blocks of highly radioactive graphite, spewed out of the reactor below. With machines unable to function at such high levels of radiation, soldiers with shovels had to suffice, working as so-called ‘bio-robots’. They were permitted onto the roof for only 90 seconds before retreating into safer zones. Nevertheless, in those 90 seconds, each soldier faced an average dose of around 250 mSv of radioactive exposure, dramatically increasing their risk of radiation poisoning. In comparison, in the USA, the average person is exposed to only 3 mSv of radiation a year.

Alongside clearing the reactor roof, which was considered vital to minimising the spread of radiation, there were other tasks deep within the reactor building which were also judged to be essential to prevent an even bigger catastrophe, particularly the risk of nuclear contamination to the rivers and water systems for hundreds of miles. Such tasks again carried dangerous if not fatal risks to humans and, whether unwittingly or as volunteers, it was soldiers, plant workers, firemen and other emergency services who paid a terrible price in trying to make the exploded reactor safe. It is important to remember the selflessness displayed by those involved.

All this was made worse by an establishment paralysed by what had happened, unable to react, whether out of a sense of disbelief, secrecy or back-covering. This ranged from the local plant management to senior officials in the Kremlin. Such failings led to delays and mistakes, which ultimately led to the needless loss of more lives, in those lethal early days.

While Chernobyl remains the world’s worst nuclear accident, it was not the first Russian-designed RBMK reactor to suffer a significant failure, and if lessons had been learned earlier, rather than being ignored, Chernobyl would have continued forever in unremarkable obscurity.

In the mid-1970s an RBMK reactor, similar to that at Chernobyl, suffered a partial meltdown in the Leningrad Oblast, Russia. Although not anywhere near the scale of the Chernobyl disaster, the failure led to an escape of radiation into the local area. As a result, several recommendations were made to the ‘Ministry of Medium Machine Building’ - the official government body responsible for supervising the construction of Soviet nuclear power stations – about ways to improve the plant’s safety. However, nothing was changed, with the scientists who recommended the safety improvements being at best ignored or, at worst, ostracised.

To underscore this point, Grigory Medvedev, "a nuclear-safety expert" told the Washington Post in 1991 “Chernobyl demonstrated the insanity of the command-administrative system. Information about previous nuclear accidents was hushed up, so the operators did not know what risks they were running.”

A decade later, having been deemed impossible, Reactor 4 at Chernobyl exploded and the rest, as they say, is history, but not quite…

In 2017, the radioactive core was entombed into a concrete shell known as ‘The Sarcophagus’, designed to last for 100 years. However, Chernobyl is still a highly dangerous place with radiation having contaminated huge swaths of surrounding land, even beyond the immediate exclusion zone, with consequences such as radiation poisoning, birth defects and increased rates of cancer.

In 1991, academics Potter and Kerner, drawing on various contemporaneous accounts, described Chernobyl in 1986 as a “picture of often ill-prepared troops operating with old and ineffectual equipment”. That was, of course, an emergency where the sacrifice of human life to remove the graphite from the reactor roof might be charitably described as a case of ‘need must’.

Chernobyl in April 1986 was an accident. Fast-forward 36 years to March 2022 and, after Russia’s invasion of Ukraine, its troops moved swiftly to capture the Chernobyl site. Reports suggest that while occupying the site, significant numbers of Russian troops have suffered from radiation sickness and one soldier has died.  Perhaps that is because they had no idea of the threat. According to a Reuters report from 28th March, two workers at Chernobyl witnessed Russian soldiers driving tanks into a zone of high contamination, the ‘Red Forest’, churning up the radioactive earth, without any protective suits or equipment.

Russia’s motive for occupying Chernobyl is unclear. For good reason, it has been a restricted area for almost forty years, and its occupation comes at a much greater risk to Russian soldiers than pounding shells into Ukrainian cities and towns. Perhaps Russia saw Chernobyl as useful propaganda value – or as leverage – a highly-dangerous bargaining chip? There, appears to have been scant regard for safety around the plant with reports in March of advancing Russian forces shelling the power station.

Like so much else in this conflict, Russian preconceptions about how easily victory could be secured have been proved false and grand strategies have had to change accordingly. The Chernobyl site is now back in Ukrainian hands but what of the young Russian soldiers stationed temporarily in that dangerous and unpopulated area, ploughing up the radioactive dust without protection? Like those in 1986, they now face radiation sickness and, for some, death.

Such loss of human life from the radioactivity’s invisible threat will count little to many Ukrainians given the emerging images from towns and cities such as Bucha and Mariupol.