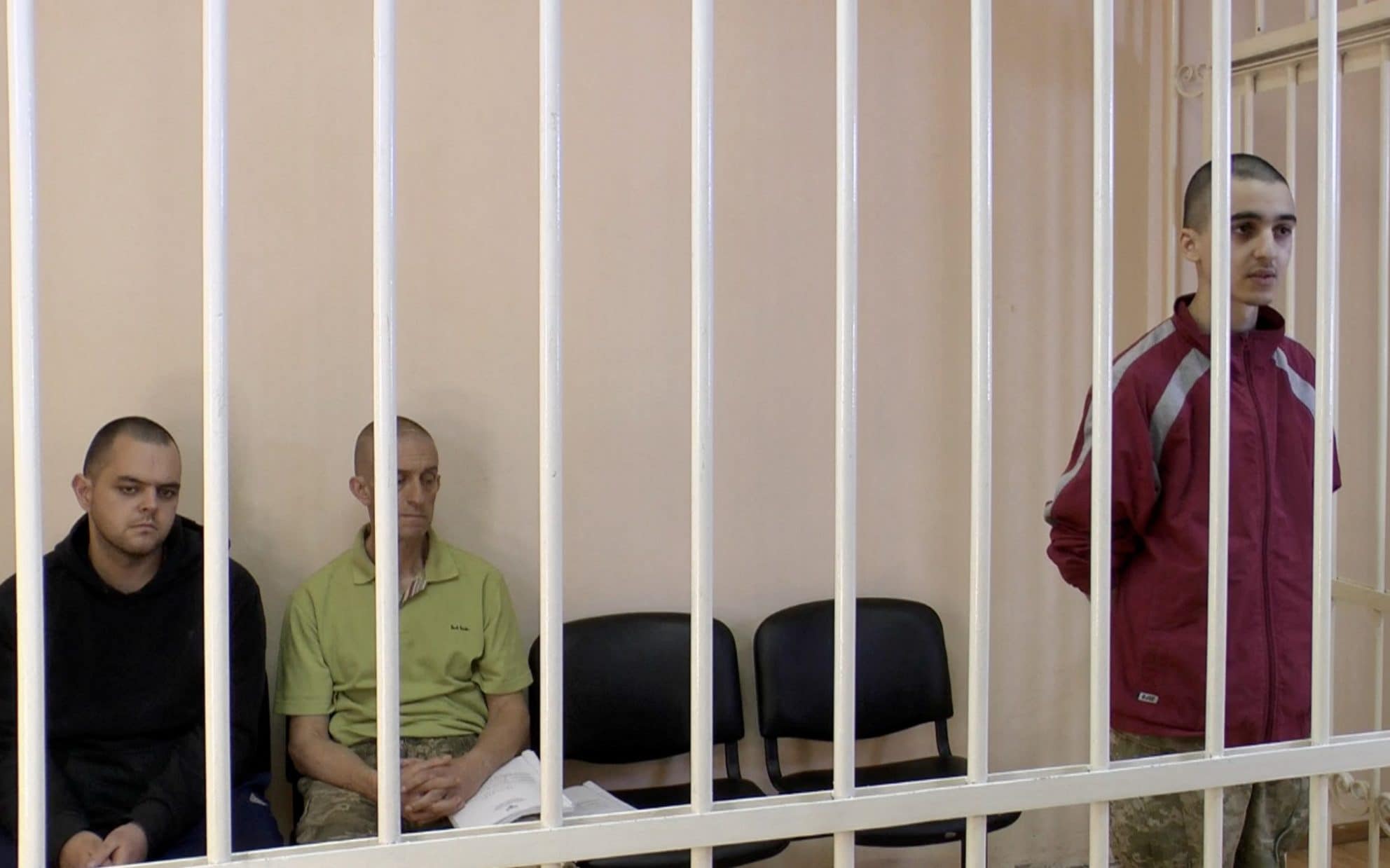 On Thursday 9th June, two British fighters, Aiden Aslin 28 (from Nottinghamshire) and Shuan Pinner 48,  (from Bedfordshire) were captured in Mariupol in April. Unfortunately, their unit surrendered after holding off the Russian army for 48 days.

They were fighting alongside the Ukrainian army, trying to take control of the port city. Legally, they should be protected by the Geneva Convention on prisoners of war and entitled to combatant immunity; they are active-duty soldiers in the Ukrainian marines. However, Russian state media has depicted them as mercenaries. Therefore, according to the Russian military, foreign mercenaries fighting for Ukraine are not entitled to combatant immunity.

In contrast to the Kremlin propaganda, their families stressed they were not mercenaries and that they served in the Ukrainian armies years before Russia’s invasion began.

They appeared in a court based in Russian-controlled east Ukraine, held by the separatist Donetsk People’s Republic. The president of this group, Denis Pushilin, reported that the British men admitted to ‘training to carry out terrorist activities.’ They were found guilty of “committing actions aimed at seizing power, and overthrowing the constitutional order of the DPR,” the news agency, Interfax, quoted a court official.

They were kept inside a cage and were convicted three days later. The legal proceedings were criticised as "a sham judgement with absolutely no legitimacy” by Liz Truss, the foreign secretary, with the lack of evidence against the charges. Other observers called it a “disgusting Soviet-era show trial” as it purposely imitated trials for Russian soldiers in Kyiv for war crimes.

Additionally, pro-Russian officials claim that the men’s actions had led to the deaths and injury of civilians, so when they pleaded guilty and got the death penalty, Judge Alexander Nikulin viewed this as the unshakable principle of justice. This was done behind closed doors, and only fragments of the proceedings were made public via pro-Kremin media. This punishment was ordered by DPR supreme court, RIA Novosti said, and included a national from Morocco, Saaudun Brahim.

They are the first foreign fighters to face a sentence by Russian separatists, but there is some hope for their situation as they have been given a month to appeal their sentence. If accepted, they can receive either life or a 25-year prison sentence. If not, they would face a firing squad for their death sentence.

There is a fear that Russia may use these soldiers to put pressure on the UK and seek an exchange for Russian soldiers convicted of war crimes during the invasion. British officials have condemned this trial and the government has expressed deep concerns. The trio is seen as prisoners of war, so they should not be exploited like this for political reasons.

A Conservative MP, Robert Jenrick, has accused Russia of an outrageous breach of International law. Another conservative expressed sympathy towards the men that they shouldn’t be there and it is an illegal act. The Prime Minister, Boris Johnson, has reassured the families that they would work with Ukrainian authorities to secure the release of British nationals serving in Ukraine.