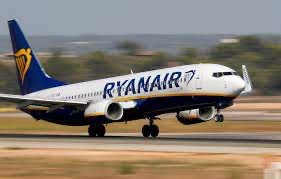 Irish airline Ryanair receives international backlash as South African passengers take to social media in response to the company’s recent boarding requirement. The airline company claims to have created a nationality exam for South African travelers in response to a supposed rise in counterfeit South African passports. The exam is two pages in length and only provided in Afrikaans, a language only spoken by 12% of the population.

Aside from Zulu and Xhosa being the nations' most common languages rather than Afrikaans,  travelers have also stated that the exam can be emotionally triggering as it comes off as racist, discriminatory, and a reminder of the horrors of Apartheid; an oppressive regime against the Black majority by the White minorities. Afrikaans is a language spoken mostly by South Africans of mixed race or White South Africans, who are the descendants of Dutch, German, and French settlers of the 17th century.

Despite the outrage, Ryanair defends the decision to administer these tests, claiming that it has been effective in weeding out travelers with false passports. However; due to social pressure, the company has halted the exam requirement. UK government officials have also made it a point to express that the company’s decision to test South African travelers was independent, and in no way associated with government agendas.

Why is the Ryanair South African Nationality Exam Controversial?

As voiced by South African Ryanair travelers, the exam reopens wounds related to the memory of an oppressed Black population in their homeland. Apartheid, which lasted from 1948 to 1994 involved the active racism and discrimination of Black people by European colonizers who sought to maintain control of the nation’s people and resources. Apartheid laws institutionalized racism by:


In the Soweto Uprising of 1976, high school students protested against the disparities in education and language regulations. This protest was met with police violence and the deaths of many children, resulting in a countrywide protest that lasted until the following year.

The fact that a European airline would administer a test targeting travelers from South Africa, without considering the historical context is what outrages travelers. It is an insensitivity that is all too similar to a regime that ended not long ago.