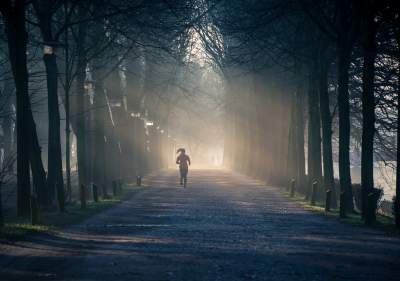 As the latest Samsung Galaxy Watch and Galaxy Buds commercial circulates, the campaign has been facing backlash for its unrealistic representation of women’s safety. The ad has provoked great controversy on Twitter, as well as dissatisfaction in many women's rights movements.

Featuring a woman waking up from her sleep and going for a run at 2 a.m. in the dark streets of the city alone while wearing her Samsung products, the ad has been described as “ludicrous” and tone-deaf. As the ad continues, the voiceover says: “Sleep at night. Run faster, pushed harder, follow the herd - not for me. I run on a different schedule - mine.

Your Galaxy. Your Way.”

The use of visual and representational codes to depict her night run as a women-friendly and safe experience heightened by the use of commercial products showcases an incorrect understanding of women’s safety. Despite years of battling to raise awareness about gender violence, society and industries appear to still misunderstand the fundamental elements that constitute this issue.

According to the latest statistical analysis of the Office for National Statistics (2021), one in two women compared to one in seven men feel unsafe walking alone after dark in the quiet streets near their homes.

In the aftermath of the death of the Irish teacher Ashling Murphy, who was killed on a run early this January, and the rise in gender-based violence, a great wave of public outrage is speaking out about the dangers women face when out in public. The women’s safety group Reclaim These Streets commented: “totally tone-deaf” in light of Murphy’s death”. Jamie Klingler, co-founder of the movement, added: “It’s disrespectful. It isn’t safe for us to run at night”.

Esther Newman from Women’s Running magazine told Radio 1 Newsbeat how the ad was “not representing the truth. [...] It’s really shocking. I don’t know any woman who would be running at 2 am in the morning. Certainly not in a city”. She added: “Wearing headphones is also a contentious point. Most women runners I know don’t wear headphones and that’s during the day because they are concerned about their safety”.

On Twitter, users were taken back by the ad as women do not typically have “the luxury of this type of freedom” with their safety in reality.  Users have suggested different reasons for why the ad is so out of context (see below). Cases like Samsung's misrepresentation of women's safety force us to consider the various ways in which human rights issues are intertwined with the sociopolitical and cultural dimensions of our lives. Being alert and focused on portraying correctness and truthfulness has been and will continue to be a challenge for many industries and corporations.

Samsung Galaxy doing an advert for a fitness watch where a woman goes running alone? At night? You have to laugh

Very pleased the Samsung 2am running advert is getting discussed #r4today - it makes me anxious just watching it. Feels more like the opening scene of a Nordic Noir as a woman runs alone through a city at night.

Hey @samsung how realistic do you think your advert of a woman running at 2am is on a scale of one to are you mad?
This couldn’t be further from the experience of pretty much all women, especially wearing headphones! Assuming the only women involved in the making was the actress

Sorry Samsung but when a woman is wearing headphones running at night & a bike pulls up next to her she doesn’t smile, relaxed. Ridiculous advert. Unfortunately we do not own the night, the real world for female runners at night is quite different