Saudi Arabia’s New Project, The Line: A Future or a Fantasy? 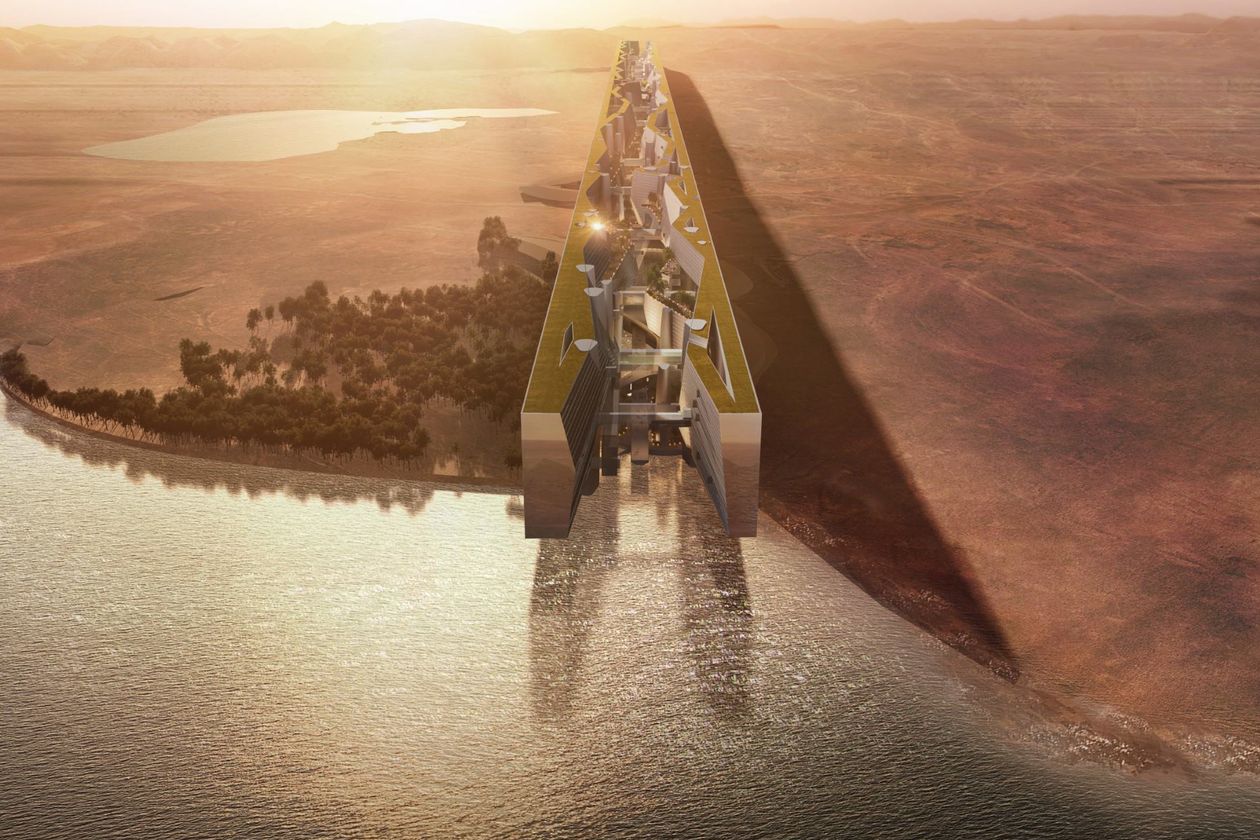 The Saudi Crown Prince Mohammed bin Salman announced the designs of the city "The Line" in "NEOM", which aims to achieve the ideal of living, and addresses the urgent challenges facing humanity.

Mohammed Bin Salman stated that the extraordinary designs of "The Line" demonstrate the multi-layered internal structure of the city, adding: "We cannot ignore the environmental and way of living crisis facing the cities of the world."

The city illustrates a futuristic vision with a unique idea; it is free of streets and cars, and therefore it is free of carbon emissions, as the entire city will provide 100% renewable energy, and 95% of the area of Neom will be a protected nature that will not be touched.

The new city could be the answer to the dangers and the alarming situation the world is facing due to pollution. The city would use solar energy as its main source of power, meaning that it would not only reduce carbon emissions but would also solve the global concern of running out of petroleum reserves.

The main plan is to design a city that runs on 100% renewable energy and prioritizes people's health, comfort, and well-being over transportation and infrastructure in comparison to traditional cities.

The Line will be 200 m wide, 170 km long and 500 m above sea level, and will host 9 million people within a city that will be built on an area of only 34 km2, and thus the infrastructure effects will be minimal, and the result will be high levels of unprecedented efficiency in the employment of the city's resources.

It will also ensure the ideal climate throughout the year for residents to enjoy the surrounding nature and access to all facilities within a 5-minute walk. The glass surfaces will be reflective mirrors on both sides of the "Line", allowing its details to merge with nature.

The Crown Prince stated that the design of the interior spaces is innovative and creates unusual experiences. "The Line" offers a new approach to designing cities based on the concept of zero gravity, and it will be the place of dreamers. The construction will be done in the form of vertical layers, allowing people to move in three directions.

An integrated system for transportation via a high-speed train will also be implemented. The two extremities of the city will be connected with railroads, and the train will take 20 minutes to go from one point to the other.

Crown Prince Mohammed stressed that the new city indicates the Kingdom's firm commitment to presenting the project to the whole world, pointing out that NEOM includes a group of the world's brightest minds in architecture, engineering and construction.

He also indicated that the "Line" will be built according to the latest construction technologies and manufacturing operations.

The design for the new city raised global debates; while some argue that the project could not be as successful as believed it would be, others tend to be quite optimistic and praise KSA for its futuristic plan.

The implementation of the "great program" of the positivists for humanity in the 21st century: what results to wait for?