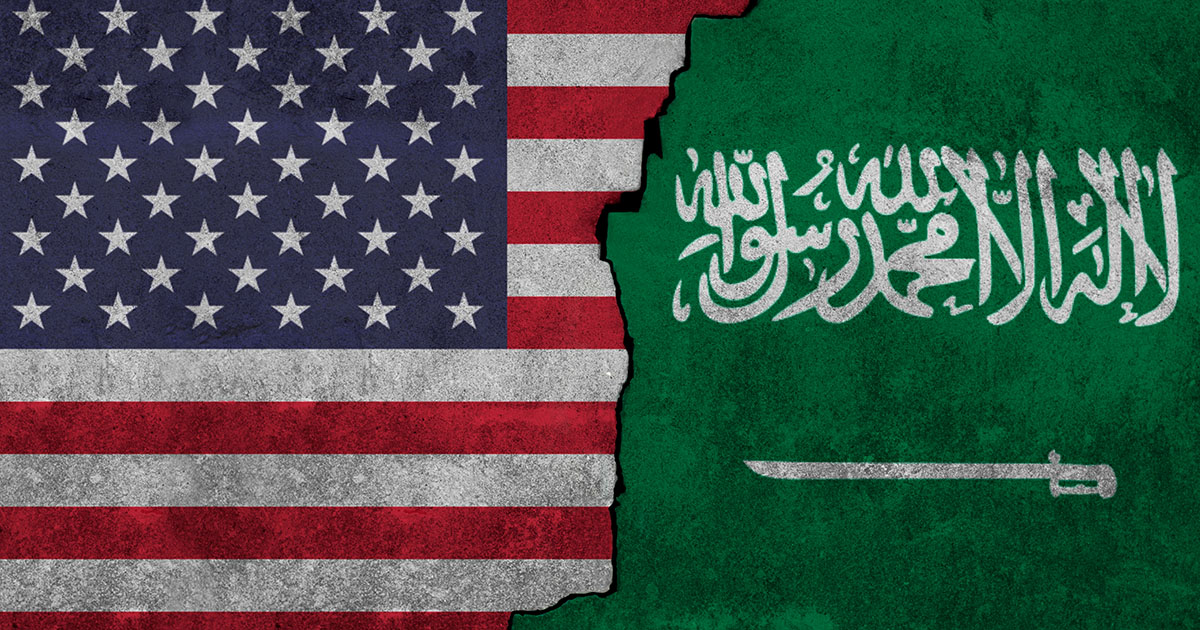 The Russian-Ukrainian war resulted in different reactions from countries of the world. The Kingdom of Saudi Arabia, one of the oldest allies of the United States, announced that they are not standing with the US and NATO’s point of view that Russia is invading Ukraine. Thus, Saudi Arabia refused to participate in any sanctions on Russia. One major decision from the KSA was their refusal to provide more oil to the international market to face the high prices. This caused a crucial fluctuation in the Saudi-American relationships that the Crown Prince of Saudi Arabia, Mohamed bin Salman, refused twice to receive a call from Joe Biden.

There were few political and diplomatic maneuvers between both countries. The first reply from the US was that they started to mention their possible retreat to the US from the Saudi lands. Hence Saudi Arabia may face security threats, especially from Iran and the Houthi movement. However, the KSA responded to the US move by expressing their willingness to take the Chinese currency, the Yuan, rather than the US dollar for oil dealings with China. Furthermore, at the OPEC meeting, Saudi Arabia and other countries also announced no need to add their oil productivity. Therefore, all the concerned countries are satisfied with the current prices. Meanwhile, the prices in European countries and the US hit their highest.

After these hefty decisions, the Saudi-American relations, or even the US relations with the Middle East, were becoming awkward. Many diplomats claimed that these relations would never become as warm and amicable as it was. The US has recently announced that they are moving toward achieving a nuclear deal with Iran, which engaged in many political conflicts with the KSA. However, Saudi Arabia also welcomed the meetings held by Iraq between them and Iran to discuss their affairs without returning to their longtime ally, the US.

Following nearly three months of war and conflict between the Saudis and Americans, Khalid bin Salman, the Kingdom's deputy defense minister, flew to Washington DC on 18 May 2022, with an order from Mohamed bin Salman to meet with Lloyd Austin. This indicates that both countries are now working on reviving their diplomatic relationships, particularly since Joe Biden is expected to visit the Middle East in June. Both Saudi and American representatives brought their historical relationships to the discussion, showing their cooperation in making peace in the Middle East. Lloyd Austin stated that the US always supports and defends Saudi Arabia within its national borders. At the same time, Khaled bin Salman referred to possible cooperation regarding oil prices according to his country’s interests.