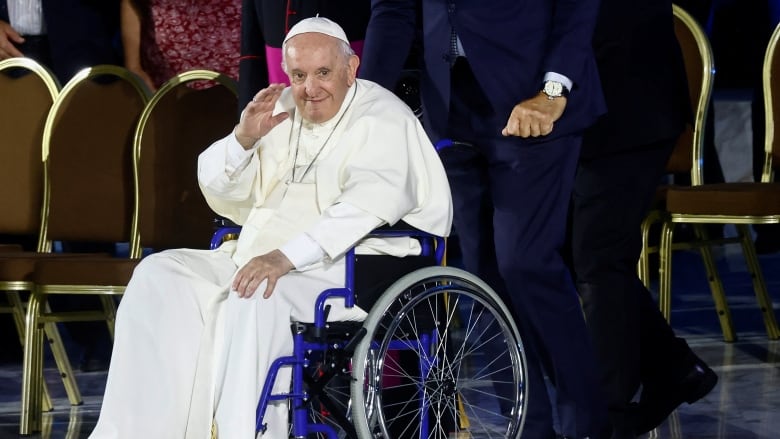 The Pope has a scheduled trip to Canada next month, July. This trip to Canada includes a visit to the ground of a former residential school and the survivors in Alberta. This trip is said to begin in Edmonton on July 24 and end in Iqaluit on July 29. This five-day trip contains both public and private events that are centred around the participation of Indigenous people.

Although in a prior meeting done on April 1, in which the First Nations, Inuit and Métis groups met with the Vatican over several days, the Pope apologised for the shameful acts of the church, its members and their involvement in residential schools. The Pope is set to deliver another apology for the Roman Catholic Church’s role in residential schools in Canada.

The Pope is to arrive in Edmonton, Alberta on the 24th of July and a brief ceremony is taking place at the airport after his arrival. Then the next day, 25th of July, he would meet with the survivors of the Ermineskin Indian Residential School in Maskwacis, which is a community located in the southern part of the city of Edmonton. Ermineskin Residential School was one of the largest establishments in Canada.

On the 25th of July, the Pope is also set to pay a visit to the Sacred Heart Church of the First Peoples. This church is located in downtown Edmonton and it is an Indigenous Church, it was recently restored as it was affected by a very serious fire in 2020. A lot of Indigenous people are filled with excitement and nervousness about meeting the Pope, some are hopeful for this meeting as it is a very meaningful step that is being taken towards a future of healing and reconciliation.

The following day, Francis is going to attend a huge mass at the Commonwealth Stadium, with a capacity of about 65,000 people. Although the Pope is scheduled to attend a lot of events here in Canada, due to his age and certain limitations, he will only be present at public events for one hour.