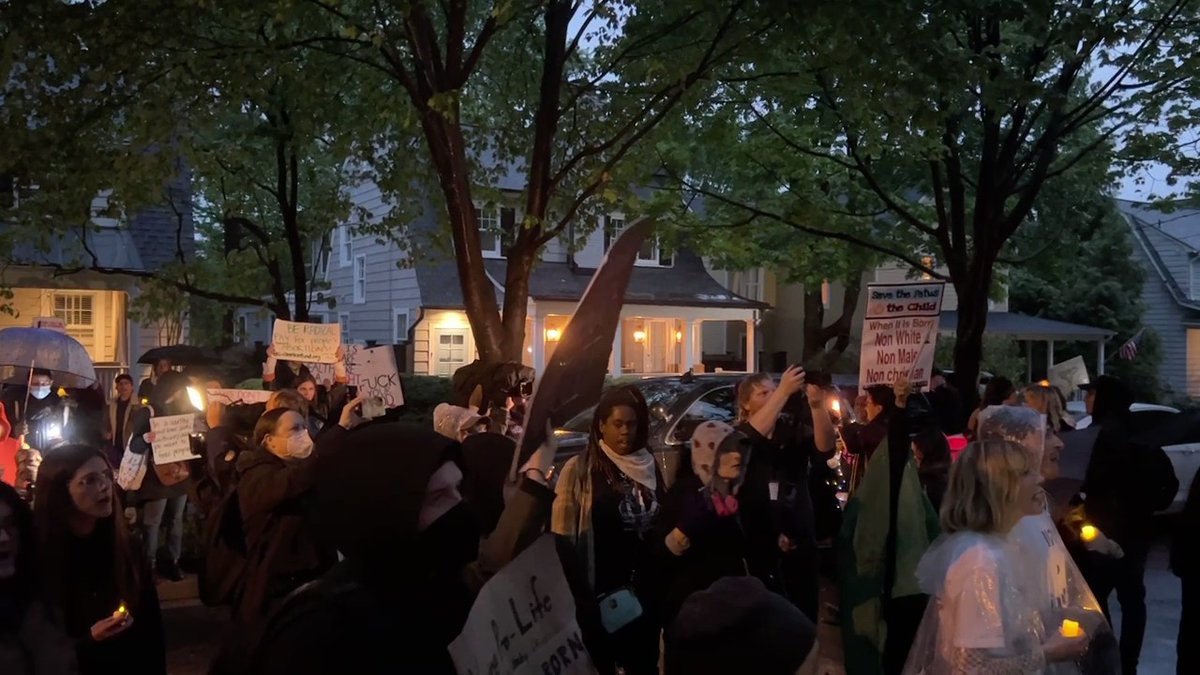 On Monday, May 9, 2022, The United States Senate passed bipartisan legislation that would expand police protections for Supreme Court justices to include their family members.

The bipartisan legislation passed unanimously in The Senate, meaning that none of the 100 senators (two per each state), objected to its quick passage. It must be passed in the House of Representatives before President Joe Biden signs it. Once the president signs the bill at his desk, it will go into effect immediately.

The Supreme Court Police Parity Act was introduced in the Senate by Senators John Coryn, a Republican from Texas, and Chris Coons, a Democrat from Delaware. In a news release prior to the bill’s passage yesterday, both senators stressed the need for safety measures for the family members of the nine justices on The Supreme Court.

"The events of the past week have intensified the focus on Supreme Court Justices' families, who are unfortunately facing threats to their safety in today's increasingly polarized political climate," Senator Cornyn, stated in the news release. We must act to ensure Justices and their families are protected from those who wish to cause them harm by extending Supreme Court police security to family members."

“If the families of Supreme Court Justices have the same profile and exposure as the highest-ranking officials in our government, they deserve the same level of protection. We must take threats that come from extremes on both sides of the political spectrum against Supreme Court Justices seriously, and that makes this bill an unfortunate necessity," Senator Coons added.

According to NPR, The Supreme Court Police Parity Act is an amendment of existing legislation that provides police protection to all nine Supreme Court justices. A 2019 article by the blog Fix the Court noted that the nine justices are, “Protected by the Supreme Court Police Department when in Washington, and outside of D.C., their security is the responsibility of the U.S. Marshals Service, a part of DOJ.”

The bill comes following a series of nonviolent protests over the past weekend where protesters demonstrated outside of the homes of Chief Justice John Roberts and Justice Brett Kavanaugh in Chevy Chase, Maryland.

Protestors have also gathered outside of The Supreme Court, which is currently surrounded by eight-feet tall non scalable security fencing to guard against potential violence and threats.

The passage of the bipartisan bill in the Senate also comes exactly a week after the leak of a draft opinion of the pending Supreme Court Case Dobbs v. Jackson Women's Health Organization, about the legality of the state's ban on abortion after 15 weeks of pregnancy. The draft opinion, if unchanged, would overturn Roe v. Wade, the landmark 1973 Supreme Court case that upheld a woman's right to abortion.

The draft opinion was published on Monday, May 2, 2022, by Politico and had been circulated among the Court in February 2022. The draft opinion had the support of at least five of the nine members on The Supreme Court.

The 98-page draft opinion was written by Supreme Court Justice Samuel Alito, who is one of the court’s most conservative members. Politico noted that the other four Supreme Court justices who joined the 5-4 majority with Alito were Amy Coney Barrett, Neil Gorsuch, Brett Kavanaugh, and Clarence Thomas.

In the draft opinion, Alito wrote, “Roe was egregiously wrong from the start. Its reasoning was exceptionally weak, and the decision has had damaging consequences. And far from bringing about a national settlement of the abortion issue, Roe and Casey have enflamed debate and deepened division”.

As a result of the leak, Alito canceled a scheduled appearance at a judicial conference this past weekend. Yesterday, Abortion rights activists gathered outside of his house in Alexandra, Virginia to protest the leaked opinion he authored.

There are even rumors circulating that Alito and his family were forced to flee to an “undisclosed location” due to the volume of threats.

The Supreme Court’s final decision on the Dobbs v. Jackson Women's Health Organization case could come in late June or in early July. Media outlets have noted that despite the leak, it is possible that the justices’ final votes and decisions could potentially change.

A day after the leak, The Supreme Court released a statement confirming that while the leaked document is “authentic”, it, “does not represent a decision by the Court or the final position of any member on the issues in the case.”