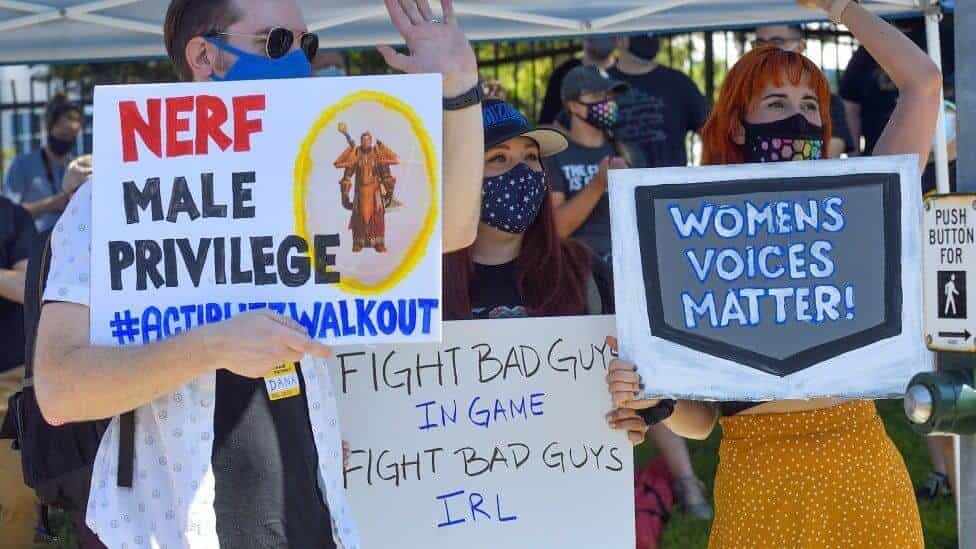 Activision Blizzard (American Gaming Company) faced a new staff stage walkout in retaliation to the discrepancies caused by the last night’s Wall Street Journal Report. This report highlighted numerous cases of sexual harassment and discrimination at the company for many years and suggested the incompetence of its CEO Bobby Kotick who failed to act on the complaints and charges.

Breakdown of the story

On July 20, a lawsuit was filed against Activision blizzard by California's Department of Fair Employment and Housing in response to several complaints about harassment and discrimination following a two-year investigation. Employees reported the “Frat Boy” culture breeding in the company, causing a painful work environment.

Hundreds of employees staged walkouts in August, more than 3000 employees signed an open letter to management to bring the seriousness of allegations to light. Since then, the company has gone under transformative workplace initiatives to prevent a toxic workplace environment.

A protest erupted at Activision's Blizzard site in Irvine, California, following a "Wall Street Journal Report" on Tuesday saying that the company's CEO, Bobby Kotick, was aware of the wrongdoing and abuse but deferred the seriousness to the Board of Directors. Around 150 employees staged a walk physically from offices and virtually from their homes after a call from the ABK workers alliance concerning their “Zero Tolerance Policy.” ABK is a recently formed employee group of Activision workers alliance, comprised of three of its significant units responsible for World of Warcraft, Call of Duty, and Candy Crush franchises.

In light of the protest, the functioning of the firm is severely affected, with the drop of 6% shares after the WSJ report was published, summing it up at $66.15.

However, despite the serious accusations, the Board of directors raised their support for Kotick. “The Board remains confident that Bobby Kotick appropriately addressed workplace issues brought to his attention.” They further add- “The goals we have set for ourselves are both critical and ambitious. The Board remains confident in Bobby Kotick's leadership, commitment, and ability to achieve these goals.”

No suggestions of resignation have come from his end as well, thus dismissing the speculations. But, with the constant protests and pressure from the employees, the outcome is awaited. Activision also said that it respects the opinions and thoughts of the workers by supporting their rights to express themselves peacefully and respectfully, without retaliation. Following allegations of sexual harassment and discrimination in the workplace, the company has fired 20 employees and taken crucial disciplinary action against another 20.

The owners of "Call of Duty” and “Candy Crush” franchises have acclaimed to expand its working ethics and environment to create a “more accountable workplace and culture” for the team.