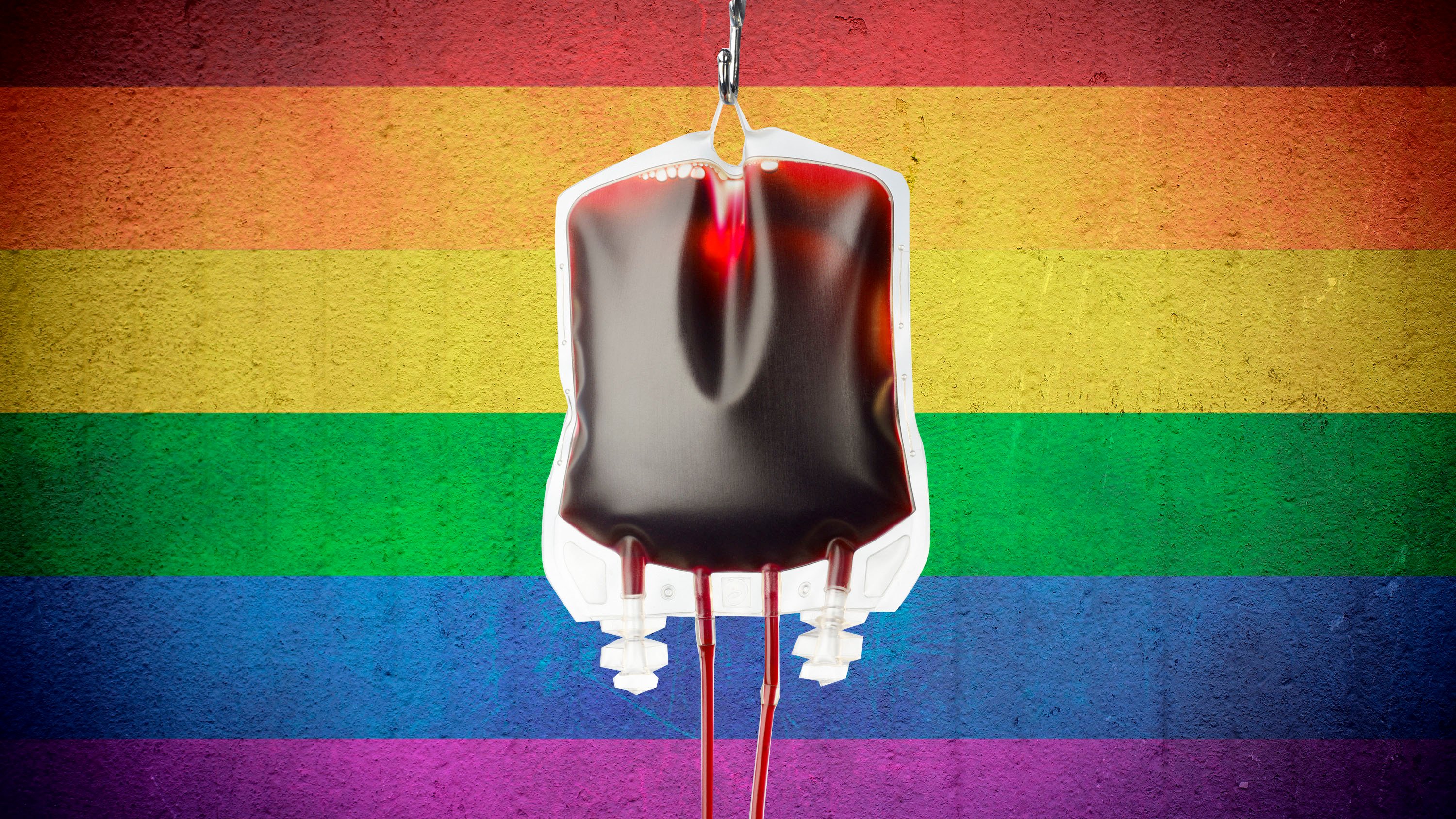 From now onwards, gay and bisexual men from England, Scotland, and Wales do not have to wait to donate blood. According to the new guidelines by the National Health Service of the United Kingdom, men having a sexual relationship with other men are eligible for donating plasma, platelet, and blood under certain circumstances.

" Donors will no longer be asked if they are a man who has had sex with another man ... Instead, any individual who attends to give blood - regardless of gender - will be asked if they had sex, if so, about recent sexual behavior", the guidelines continued.

By 1980, homosexual acts became decriminalized in all states of the United Kingdom. But they were restricted from donating blood due to HIV/AIDS. AIDS was first discovered, in 1981. Primary cases were a cluster of Gay along with injecting drug users. In a diagnosis, it was reported, that an estimate 51% of new diagnosis was male same-sex sexual activity as the probable route of infection.

The lifetime ban was lifted in all parts of the United Kingdom by September 2011. Instead, a 12-month restriction was imposed, on gay and bisexual men. Regardless of safe sex practices, men who had sex with other men had to wait for a year from their last sexual activity to donate blood.

The Stonewall group appreciated this move. The spokesperson pointed out the reality saying, " A gay man in a monogamous relationship who has only had oral sex will still automatically be unable to give blood but a heterosexual man who has had multiple partners and not worn a condom will not be questioned about his behavior, or even then, excluded."

In 2013, the Green Party of England and Wales in their General Election Manifesto, and LGBTQ Manifesto, affirmed that they would "push for the consultation on reducing the 12-month blood donation deferral period for men who have sex with men based on individual risk assessments where the donor is identified to be not at risk of passing infection into the blood supply."

A new blood donation policy was enacted within England, Scotland and Wales. The new policy gave a relaxation of nine months i.e. gay and bisexual men could donate blood after three months, from their last sexual indulgence. This, new policy, was put into action after concluding that the new testing systems were accurate. This deferral period was implemented in Northern Ireland in 2020, two years later.

Gay right groups demanded individualized assessment based on sexual habits and not on the gender of the donor or their partner. In 2019, the UK blood services, Public Health England, Nottingham University, and a range of stakeholders, including LGBTQ communities, worked together and created FAIR(For Assessment of Individualised Risk) steering group. The group objective was to explore the possibilities of a more individualized assessment of risk regarding blood donation.

After a year of study in 2020, the criteria, for blood donations, were altered according to the FAIR's recommendations. The steering group reported that " people with multiple partners or who have chemsex are the most likely to have blood-borne sexual infections. Which is a strong link between HIV and a history of syphilis or gonorrhea. And receiving sex was identified as the easiest way to acquire a sexual infection from a partner."

Earlier this month, the changes were executed. For the first time, blood donation criteria were not based on the sexual orientation of the donor but based on sexual behaviors. This change will lead to getting more men to donate blood. Taking note of the gender imbalance among donors, in January, the public health body set a target to increase male donors by 26%. The NHS explained." This is a concern because men have higher iron levels, and only men's blood can be used for some transfusions and products. "

An article with such detailed information about LGBTQ and countries blood donation criteria. A profound article on science and ethics. Well done.