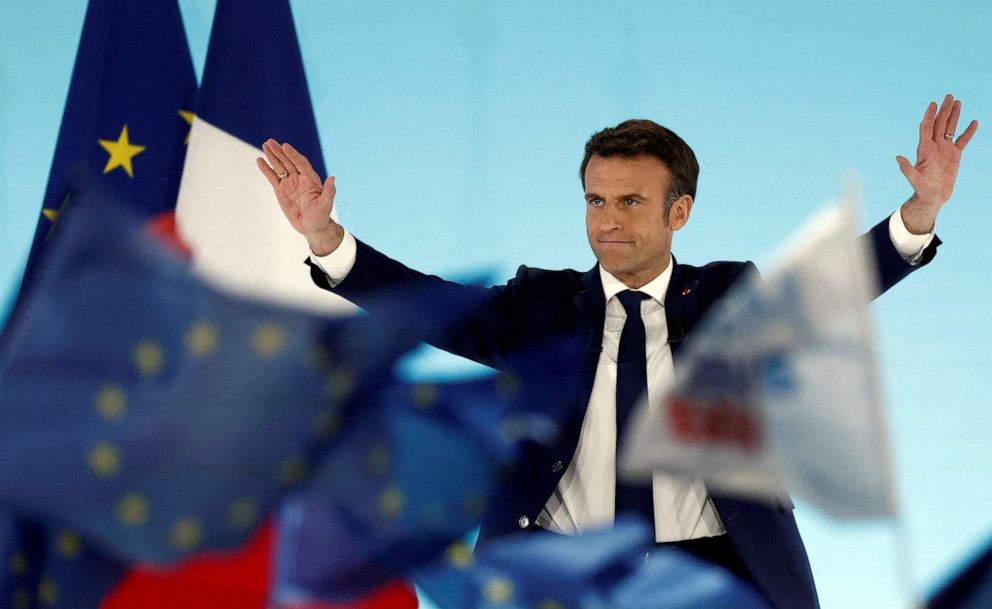 Last weekend, on 10 April, France upheld the first round of its presidential elections. Among all candidates, the incumbent president, Emmanuel Macron, will battle far-right politician, Marine Le Pen, in the second-round election on 23 April. In light of the Russian invasion of Ukraine, the French election will have significant effects on its national and European politics, noticeably the entrenchment of extremism that could further destabilise the continent. This article will examine the election results and their implications.

Macron and Le Pen secured 27.84% and 23.15% of the votes respectively, with Jean-Luc Mélenchon getting third with 21.95%. Compared to the last election in 2017, all three candidates performed better, improving from 24%, 21%, and 19%. Before the election, polls have shown that the gap between the incumbent and Le Pen is surprisingly smaller, only 6% stood in between the two.

First elected in 2017, the incumbent president Macron, has been a popular and effective leader. The young charismatic leader of the La République En Marche! has unified centrists in France, pushing for policies of both political spectrums. Unemployment decreased drastically, while the economy was performing well. Yet, Macron was often called the “President of the Rich”. The former investment banker has lowered taxes, especially for the wealthy. The cost of living is also high because of inflation and rising oil prices. A mass protest broke out in 2017, often referred to as the yellow vests protests due to the unified costume of protestors. The protestors claimed the government has issued a tax system that burdens the working class, in line with the above criticism of Macron. It marked the greatest challenge to Macron and was used by his opponents’ campaign.

As of today, Macron is busy with politics. Instead of focusing on campaigning, the president has spent most of his time on the war in Ukraine. The war undisputedly has wider international impacts, particularly on Europe. Though for other candidates, the ineffectiveness of sanctions and diplomatic solutions becomes a useful criticism of Macron’s policies. Indeed, Macron admits he has started the campaign too late, risking his chances for re-election. The president was too confident with his achievements, allowing his major opponent for the presidency.

For the other contestant in the second-round, far-right candidate Le Pen has finally got a chance for office. The last election saw a wide gap between the victor and her, as the result was 66% and 33%. Since then, the candidate has reinvented herself, along with the party. Previously known as the National Front, the party has championed French Nationalism for decades since France's withdrawal from Algeria. Founded by Marine Le Pen’s father, Jean-Marie Le Pen, the party has shocked many with anti-Semitism and islamophobia. Marine Le Pen became the party’s presidential candidate for 2017. Facing defeat in 2017, Le Pen rebranded the party. Renaming it the National Rally, the party also switched from campaigning to leave the EU, to calling for reforms from within. Still, the party remains eurosceptic, and similar to other right-wing parties, calling for economic protectionism, law and order, and most importantly, control over illegal immigration.

Similar to other European countries, extremism is on the rise in France. Extremist candidates become more popular, amounting to more than 50% of the vote. Failure of the European Union to stabilise national economies led to the rise of extremism among its members. Extremism was most noticeable after the Brexit referendum and the victory of Trump in the last decades. Macron's victory in 2017 was seen by Europe-centrists as a victory in this unstable and polarised world. Polities in France already see signs of extremism; if the office fell to extremists, it will again put the European Union to test. Le Pen has already shown close connections to other extremist leaders, in congratulating Orbán for his victory, as the far-right Prime Minister of Hungary secured his fourth-consecutive term.

Moreover, it will further weaken Europe’s response to the situation in Ukraine. President Putin’s conservative stance has been appealing to far-right politicians. Le Pen has already called for fewer sanctions on Russia, differentiated from the united European stance. For the far-left, Mélenchon has also been soft on Putin, as he strongly opposed NATO and Americanism in Europe. The rise of extremism is yet again on the surge, but this time even more relevant as the war in Ukraine put the continent to test.

It is also important to notice the disastrous performances of the two traditional governing parties, the Republicans and the Socialists. The former can trace its root to the most powerful post-war president Charles De Gaulle, who dominated the national assembly with an absolute majority from 2002 to 2012. The other also maintained a high political presence, controlling the legislature in the 80s and 90s. Their respective candidates in this election were Valérie Pécresse, and the Mayor of Paris Anne Hidalgo, both combined won less than 7%. By contrast, just the Republicans alone won 20% of the vote in 2017. The recent result perfectly shows the desperate need for reforms in the two parties. Or else, the two parties will face the consequence of being ousted from French politics.

As the vote is now narrowly divided, third-place candidate Mélenchon holds the power to decide the next leader. Whilst other candidates have urged supporters to vote for one of the candidates, Mélenchon still has not decided whom to support. Albeit he has told voters not to support Le Pen, he has not told supporters to vote for Macron. Valérie Pécresse and Anne Hidalgo have already offered support to Macron in an attempt to keep the extremist from power; while Éric Zemmour, another far-right candidate, has asked supporters to turn to Le Pen. Now the two candidates are desperately fighting for Mélenchon’s supporters, hoping to secure their votes. The third-place candidate is now the kingmaker, whoever gets the support from Mélenchon, gets, or keeps the key to the Élysée Palace.

Macron vs Le Pen: A review of France’s presidential debate