Silent death in Iran due to tainted homemade alcohol 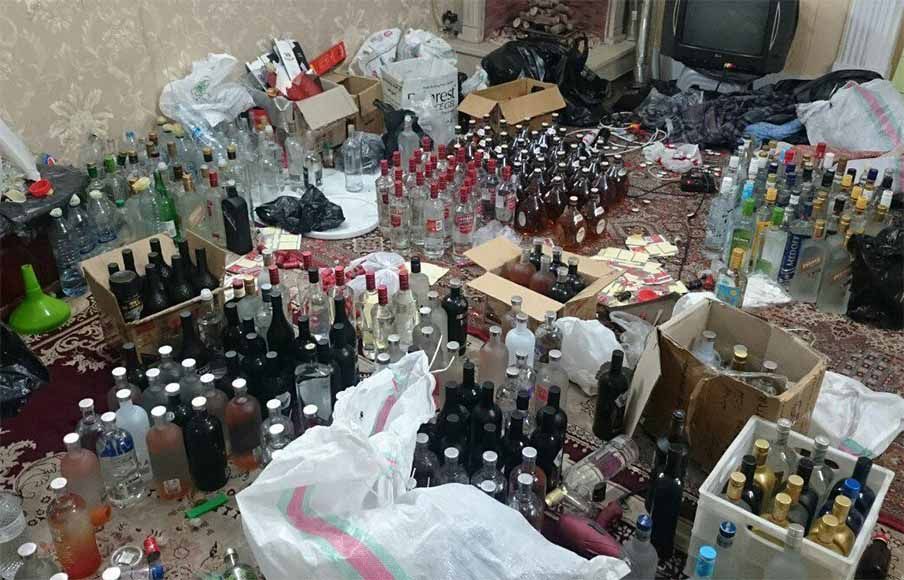 The prohibition of alcohol in Iran has led to consuming poisonous alcoholic beverages produced illegally domestically. Therefore, the figure for the death of alcoholics in Iran is noticeable.

According to World Health Organization, worldwide, some three million people die each year because of the harmful use of alcohol, which means one every 10 seconds. This figure represents 5.3% of all deaths.

The newest report of WHO added that “alcohol consumption is a causal factor in more than 200 diseases, injuries and other health conditions. Drinking alcohol is associated with a risk of developing health problems such as mental and behavioural disorders, including alcohol dependence, and major non-communicable diseases such as liver cirrhosis, some cancers and cardiovascular diseases.”

However, the issue of alcohol-related deaths in Iran is completely different. Iranian people die due to drinking tainted homemade alcohol, as the manufacture, sale and consumption of alcohol are strictly forbidden in the Islamic Republic. Thus, alcohol is acquired illegally in three different ways in Iran:

2.     Produced in homes by adding fermenting agents to non-alcoholic beer

Due to homemade alcohol, which is not made in a hygienic situation, in recent years, hundreds of Iranians have died after drinking beverages containing lethal levels of Methanol. For instance, 16 young people died last week because of drinking tainted homemade alcohol in Bandar Abbas, one of Iran’s cities. Also, in April 2020, the health ministry of Iran said more than 500 people had died, and 5,000 had required treatment for poisoning in three months. Earlier, in 2019, in Ahvaz, another of Iran’s cities, only in one day, 620 people got poisoned, and 56 of them died. This list is not endless, and these figures are not countable, as are usually heard from one of Iran’s small or large cities. Despite the official prohibition on alcohol in Iran, the data indicates that alcohol consumption is not uncommon in Iran. Thus, hundreds of Iranian alcohol drinkers die yearly.

Methanol is commonly used to make anti-freeze, solvents and fuel but is sometimes added to illegally-produced spirits to increase the alcohol content. If ingested in even small quantities, it can cause blindness or death.

Homemade alcohol cannot be due to the standard alcoholic beverage production process. In other words, alcoholic beverages must be made in factories and industries. Still, since it is produced underground in Iran and the measurement of their methanol is not possible manually, none of these beverages can be used.

Most alcoholic beverages are illegal and counterfeit products in Iran. There is no monitoring of them; therefore, drinking even a small of them leads to death due to severe poisoning.

For a reason for the ban on alcohol in Iran, whether socially or religiously, the statistics of death or poisoning with it are not customarily announced officially and transparently.

Although there have always been attempts to conceal alcohol-related problems in Iran by officials, alcohol consumption, especially the spirits made domestically, and its devastating effects on consumers, who are customarily young people, are negligible. This issue highlights the need for public health surveillance of alcohol use in Iran.