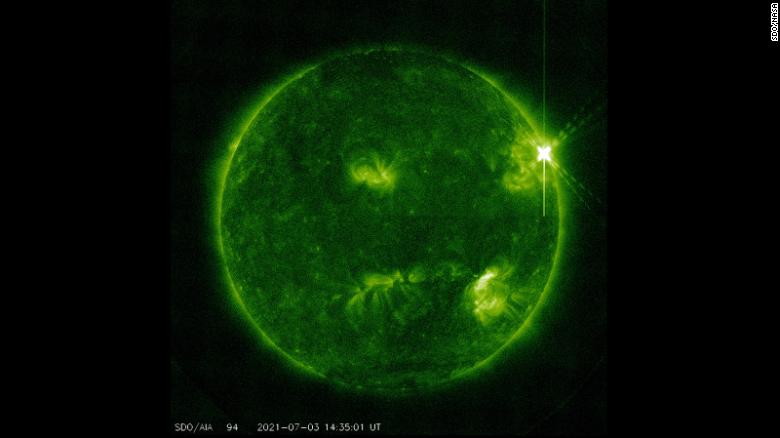 A large-scale solar storm is expected to hit earth in the wee hours of July 13th, possibly causing mass communication and power outages around the world.

Reports suggest that the high-speed solar storm, caused as a result of a solar flare, reportedly seen and recorded on July 3rd, is traveling at a speed of 1.6 million km/hr towards the earth's surface. The particles traveling at this speed are expected to enter the earth and cause havoc by July 13th.

According to the ‘Space Weather Prediction Centre’, the impact will be more on the sunlit side of the earth and there are chances of power dimout and inconsistent communication signals. This includes satellite TV, mobile network signal, GPS signals, and electricity blackout. Hence, this could affect people ranging to the billions across the world.

What is a solar flare?

Phil Chamberlin, NASA astrophysicist says that,  “a solar flare is a huge release of energy that converts the magnetic energy of the sun into heat, light, accelerates particles and can heat the plasma in the order of minutes to over 60 million Kelvin”.

These solar flares are like eruptions and are said to happen more often when the sun is at its maximum activity point during the solar cycle. The solar cycle starts and ends over 11 years. In this period the sun goes through high and low levels of intensity and variation. This also allows for sunspots to come up in the sun. These spots are the areas where solar flares then arise from. According to NASA, the new solar minimum or cycle started in 2019. This is the 25th cycle recorded. The maximum point of this cycle is to happen in July 2025.

Since the cycle goes through regular variations of maximum and minimum activity, the solar flare that happened on July 3rd is reported to have been during one of the peak intensity periods of the sun.

NASA has a measuring scale to understand the intensity of solar flare’s. This ranges from B, C, M, and X in ascending order of intensity scale. There is also a subsequent numbering scale from 1-9 to further rate the impact. The solar flare that happened on July 3rd was rated at X-1 thereby signifying a higher intensity. This number is the reason why there is a sound of alert being spread regarding the issue.

How can a solar flare cause a solar storm on earth?

The flare produces CME’s (Coronal mass ejections) and solar energetic particles because of the heat. These particles can accelerate to about 80% of the speed of light and have the ability to penetrate the magnetosphere of the earth. This is a layer, created by the earth's magnetic fields that protects a planet from the solar particles of the sun which if enters the atmosphere, can cause huge disruptions to power and communication lines and also induce radiation to the parts of the earth exposed.

The NASA website mentions that “On the earth's surface, a magnetic storm is seen as a rapid drop in the earth's magnetic field strength. This decrease lasts at least for about 6 to 12 hours after which the magnetic field gradually recovers over several days”.

The magnetic storm mentioned above can be used synonymously with solar storms and geomagnetic storms. The impact is mostly confined to large-scale power disruptions and communication downfalls because of the variations in the magnetic field of the earth. Hence there are chances for people to not have electricity, mobile signals, TV, GPS navigation, and other forms of network communicating signals.

The energised particles from the solar flare enter the earth's atmosphere and keep moving around in the air. As a result, aircrafts traveling at particular altitudes can be exposed to this radiation that can cause radiation sickness. This can also include cancer and also defects to unborn children.

The NASA-funded Nowcast of Atmospheric Ionizing Radiation System (NAIRAS) is a data-driven system that can alert aircraft about potential radiation exposure from solar particles. In this manner, the aircraft can change its altitude momentarily according to the warning.

The presence of such a system suggests that solar flares can happen multiple times over a solar cycle, but the intensity of the one reported by NASA on July 3rd is what seems to alert the world. The radiation, however, does not have the potential to reach the surface of the earth, and the people who are at risk can be considered mostly frequent air travelers and astronauts as well.

However, mass power outages and dead communication lines could bring about large-scale economic loss in a highly technologically reliant world. The Carrington event is considered the most powerful geomagnetic storm to date. It happened in 1859 where telegraph machines from the US and Europe were shut down and some even caught fire.  According to a Forbes article from January 2019, written in the science column, if such an event was to happen today in the 21st century, the losses could be in the trillions.

Creation of a Beautiful Spectacle

The impact of solar particles in the magnetic field of the earth creates a beautiful array of lights in the sky. This phenomenon is known as Aurora. It is commonly viewed in areas closer to the poles (Near the Arctic and the Antarctic). However, during a solar storm, there are chances for this phenomenon to be viewed from lower latitudes than the poles as well. 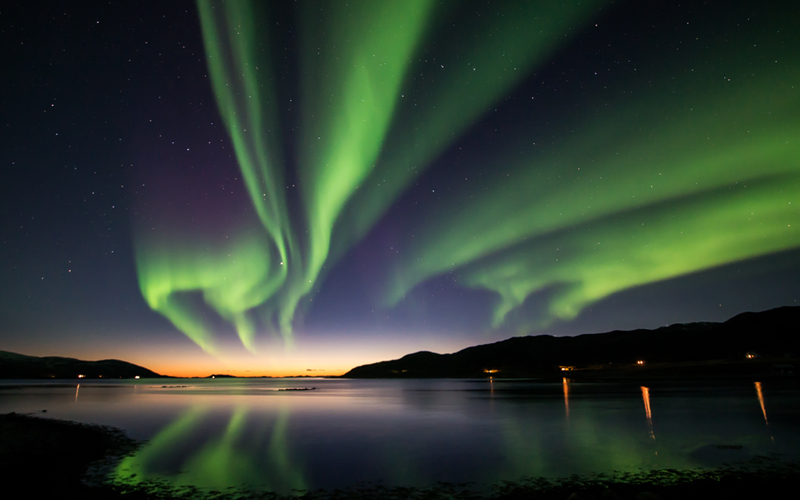 For instance, during the Carrington event, Aurora lights were viewed from areas around the world from Europe, South America, and even parts of Asia.

NASA and other space research organisations have been studying the sun during its cycles. As a result, there is the ability to predict disturbances of the sun and its impact on the earth.

Such research and surveillance are what also helped in predicting the solar storm expected to happen in the wee hours of Tuesday, July 13th.