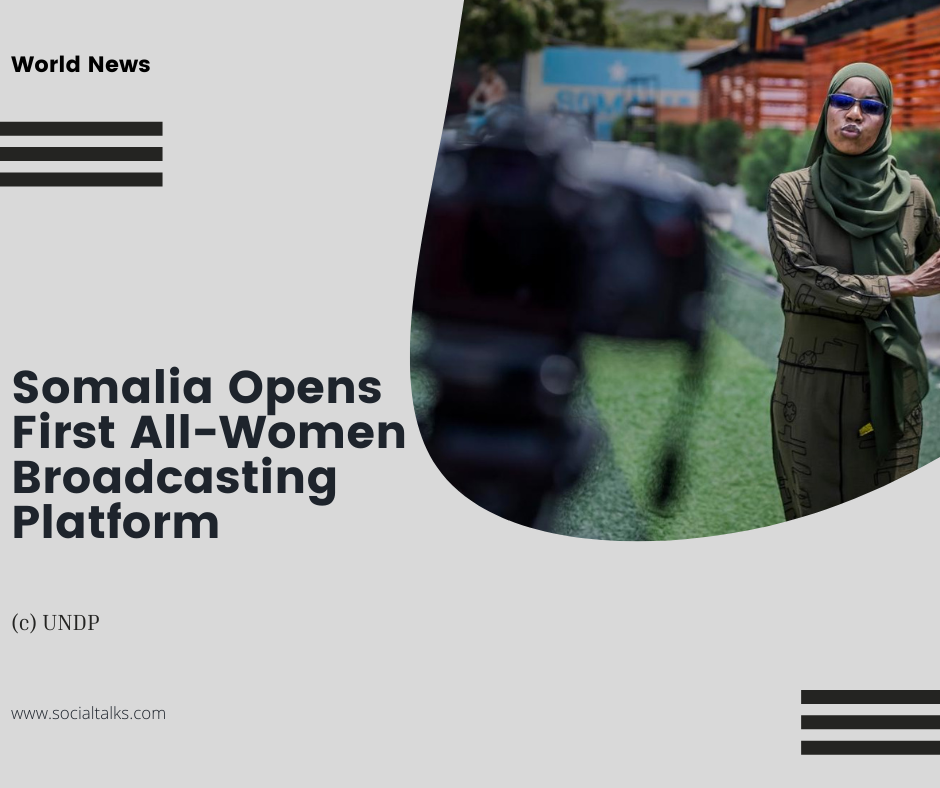 Somalia sees its first all-female broadcasting center open in Mogadishu.Bilan, which means bright and clear in Somalia's national language, formed a group of six women with the support of the United Nations Development Program (UNDP). The role of the United Nations in opening the media channel was significant in launching the project. They conducted a six-month investigation of working conditions for women in Somali media and found that it consisted mainly of issues related to work ethic and experience.

Nasreen Mohammad Ibrahim, Senior Editor-in-Chief, a well-known journalist in the country, said the purpose of the media channel was to cover prohibited issues and challenge society's patriarchal belief system, which mainly forced women to stay at home and in confined conditions. Function due to their gender. The country has a persistent patriarchal practice that has directly harmed women in the media sector. They are constantly ignored, given limited airtime and subjected to sexual harassment. Through this platform, more women will gain access and exposure to journalism, which has barred women from entering for generations, largely due to the cultural practices of society.

The channel will cover news features, mentoring and training for women who want to build their careers in journalism. In addition, they will offer internships for women at two universities in Mogadishu to enhance their skills. The media channel said that they are not for profit, but they want to show the productivity and power of women. While Bilan plans to expand across the country, it will first be established at Dalsan Media Group in Mogadishu.

In order to enhance the skills of the team expected to continue joining the organization, UNDP has organized mentoring and training programs, as they are ready to work with the BBC's Laisse Dusset, Channel Four's Lindsay Hillsam and key journalists. Mohammed Ado from Al Jazeera.

Bilan's inauguration will provide more access to independent media that will benefit women in the region who, for generations, have acted as second-class citizens in the political, economic and socio-cultural activities of their society. While the project is still in its infancy, it promises to change the dynamics of women in the media industry. It will provide the limelight for the deeper problems seen in a society dominated by men and controlled.