Somalia To Face The Worst Famine Of This Century 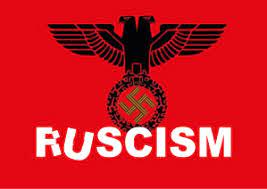 Drought and conflict in Somalia have made the country a “hunger hotspot” according to the UN WFP. The organisation warns that this current crisis could make it the worst famine of this century.

While famine still has to be declared, the effects of the drought are already being felt by communities and are likely to worsen. For example, those already malnourished are much more vulnerable to common diseases due to their weakened immune systems.

As the Chief Executive of the International Rescue Committee David Miliband stated, children affected by malnutrition “have near-constant diarrhoea. Their muscles atrophy as all but their body’s most essential systems shut down.”

Secondly, the livestock upon which many families in Somalia depend is also suffering the effects of extended drought. An article published in Agriculture Victoria highlights these consequences: when the surrounding environment is experiencing long-lasting drought, animals are weaker and therefore more prone to physical accidents; moreover, they may “ingest large quantities of sand and dirt”, and even “lead batteries, oil and diesel fuel”, which can significantly lower their immunity and increase their predisposition to infectious diseases.

The Somalian droughts, greatly exacerbated by climate change, have hit poor communities the hardest. The way of life of many livestock farmers has been destroyed as they have lost their animals to drought. The situation shows no signs of abating. In Somalia, rainfall usually occurs in two periods of the year: spring and winter. However, an update published by Reliefweb states that the next rainy season is expected to be below average, thus reducing water resources in the succeeding dry seasons.

A BBC article exposes the impact war in Somalia is having on international aid. Since the central government collapsed in the 90s, different armed groups have dominated different parts of the country. The BBC states, currently “according to some estimates, more than half the population affected by the current drought remains in areas controlled by al-Shabab.” Al-Shabab is classified as a terrorist organisation by the US government. The US government’s commitment to preventing any aid from falling into the hands of terrorist groups has impeded attempts to aid communities severely affected by the drought.

However, some solutions, like air-dropping resources into contested territories, are being considered.

The future of Somalia is dangerously at stake as the government is forced to find solutions to both famine and conflict.

The Inter-Agency Standing Committee published a statement asserting that the response of the international community to the declaration of famine should not merely be reactive and short-term. Though immediate short-term action is necessary, cohesive long-term climate change mitigation efforts are essential too. The Somalian drought is a symptom of a wider issue which is impacting regions across the globe, climate change. As a result, a united and comprehensive international response is necessary.