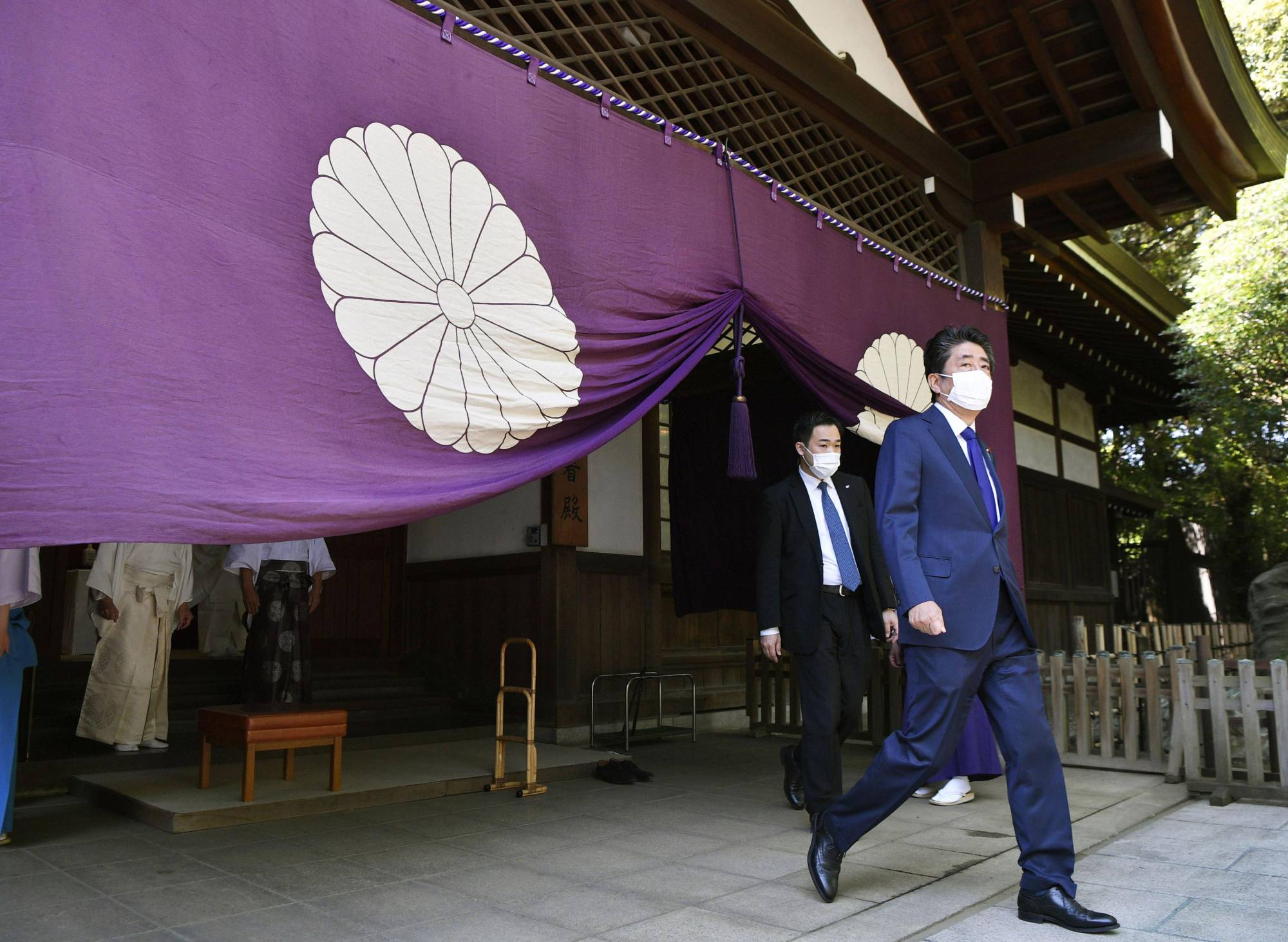 Japanese Prime Minister Fumio Kishida sent a ritual offering for the war dead to the controversial Shinto shrine Yasukuni in Tokyo on Thursday, while several top leaders of the ruling party visited him, prompting South Korea to speak out. deep disappointment and regret ", reports Reuters and Deutsche Presse-Agentur (DPA).

The Yasukuni Altar in Tokyo remains a strong symbol of its legacy of war in East Asia and a delicate subject that raises regional tensions. Nearly eight decades after Japan's defeat in World War II, it has had a major impact on international discourse in Asia.

The offering for the sanctuary's spring festival comes as Kishida was expected to refrain from a pilgrimage there, the Kyodo news agency reported on Thursday.

The shrine is seen by Beijing and Seoul as a symbol of Japan's past military aggression, as it includes 14 wartime Japanese leaders convicted as war criminals by an allied tribunal among the 2.5 million war dead honored there.

Kishida, who also sent an offering in October at a shrine festival, followed the example of previous Japanese leaders, refraining from an in-person visit during the spring and fall festivals to avoid the anger of China and South Korea. , and Chief Cabinet Secretary Hirokazu Matsuno declined to comment.

offerings and paid tribute to the Yasukuni Shrine, which glorifies the history of Japan's war of aggression and (...) war criminals, "the South Korean Foreign Ministry said in a statement.

"Our government urges (...) responsible Japanese figures to look directly at their history and show their action

humble reflection and sincere remorse for past history. "

Kishida, seen as more liberal among LDP lawmakers, said he hoped to improve ties with South Korea under President-elect Yoon Suk-yeol, who will take office on May 10.

No Japanese prime minister visited Yasukuni while in office after Abe in 2013, sparking outrage in South Korea and China and prompting key ally the United States to express "disappointment."

Abe told reporters that the visit to the shrine has a special resonance this year in view of Russia's invasion of Ukraine.

"In Ukraine, many brave people are currently fighting and risking their lives to protect their country," he said, adding that he wanted to pay tribute to those who gave their lives for Japan.

Thus, isolating the gesture from the historical aspects, it would be justified in the light of the fact that it would have wanted to pay homage to something completely different from what that place represents. In this case, the question would be whether he would be guilty of having nationalist convictions in order to start offending us. Indeed, certain gestures are loaded with a very dense historical baggage, but given how anachronistic modern man is compared to the past, we should rather ask questions about the character of the person and not judge him according to the meanings that are not it is in his power to change them.

Japan Reports The First Case Of COVID-19 With Omicron XE