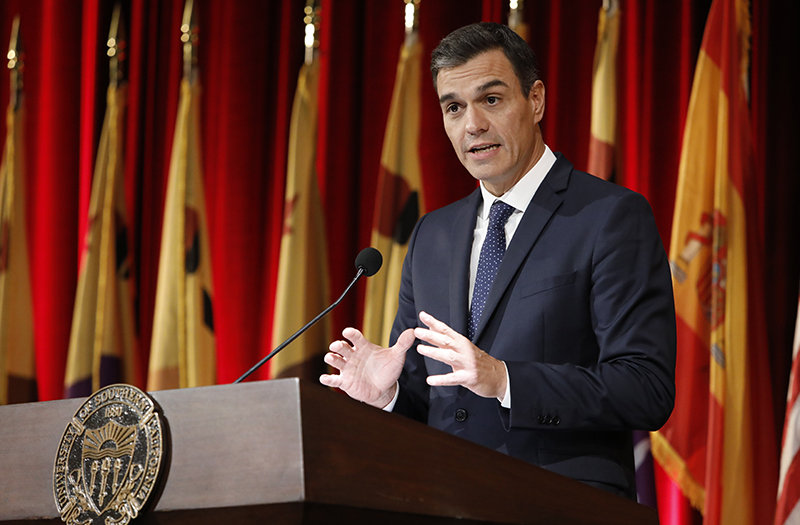 The Catalan Esquerra Republicana party warned on Thursday that it would cease parliamentary support for the government of Socialist Prime Minister Pedro Sanchez. Reuters reports that this would happen if it does not take confidence-building measures following revelations about spying on Catalan separatist politicians using the Israeli computer program Pegasus.

Catalonia is an autonomous community of Spain. It is referred to as a "nationality" developed over the years through the Statute of Autonomy. The capital and largest city are Barcelona, ​​the second-most populous city in Spain. Catalonieu is currently not recognized for its independence from Spain, which has created a major internal problem for the country.

Prime Minister Sanchez's left-wing coalition does not have a majority in Madrid's parliament, so the Esquerra Republicana, led by Catalan regional government leader Pere Aragones, is key to passing bills in Madrid's central parliament. Citizen Lab, a rights group, announced earlier this week that between 2017 and 2020, more than 60 people involved in the Catalan separatist movement, including Aragones and three of its predecessors, had been targeted by the Israeli intelligence program Pegasus. Group.

Pere Aragones told Reuters that as a result of these revelations, trust between his party and Prime Minister Sanchez's socialist party is now "close to zero," as he suspects that the Spanish intelligence service is behind this operation is not clear. It could have done so without the approval of the Madrid government.

"Until confidence is restored, it will not be possible for us to continue to support the Spanish government in terms of stability in parliament until a few weeks ago," Pere Aragones said.

The Madrid government has denied illegally spying on Catalan separatist leaders but has not commented on reports of possible court warrants authorizing electronic prosecutions. And even in the case of those acts proving under what pretext is a right of a state to listen to its political opposition.

How can the rights to self-government be respected? Or revolution? How can we exercise our right to fundamentally change the state apparatus if the already set establishment is determined not to change in this modern age? The Pegasus program is remotely inserted into smartphones and accesses its data and conversations. According to an investigation published last year by 17 international media, including the Washington Post, Wall Street Journal, CNN, Le Monde, France 24, AFP, The Guardian, Die Zeit, and the Spanish daily El Pais, many governments have used this program in espionage actions, including against politicians, journalists or activists.

After the investigation, the U.S. Department of Commerce announced that it had added NSO Group to its list of banned companies because it posed a threat to U.S. national security. At the same time, European Commission President Ursula von der Leyen called it "completely unacceptable." to use such a program. The Hungarian and Polish governments have been accused of using the program to spy on opponents of the European governments.