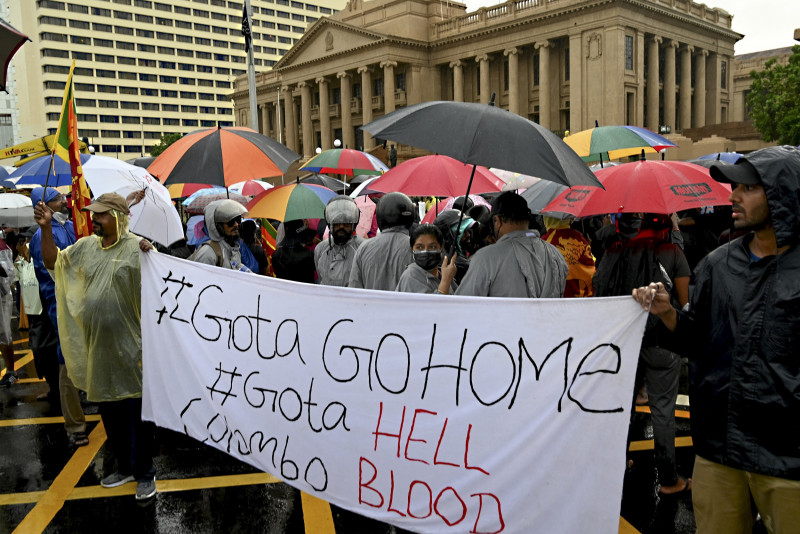 "They want blood! Bloodshed, again, in this country. No gas, no fuel, and various essential medications, and people are suffering and the

Sri Lanka, the island paradise, is struggling to survive. There is no food, no fuel, no medicines, and critical surgeries are being canceled. Doctors say the economic catastrophe may kill more lunkers than covid did. There are daily power blackouts and continued protests on the streets. Violence Once-troubled this nation during decades of civil war; now, an economic

emergency has left millions battling to survive. Surveillances have started to target rich people and the government. There is no easy way to move on from this crisis and the hatred toward wealthy people and the president. Prime minister Mahinda Rajapaksa had to be rescued when his official residence was stormed shortly afterward. The protesters defying a curfew are demanding that President Gotabaya. Instead of healing, tension is building.

Recently, a wedding was targeted. The reports showed luxury cars burned; everything was stolen or burned. A tourist resort belonging to one of the sons of the former prime ministers was burning to the ground, and dozens of houses owned by politicians in the capital Colombo had been set on fire by anti-government protesters. Sri Lanka's predicament is much more than an economic disaster. It is a humanitarian disaster.

The question is, how did it happen?

Protesters blame the government for reckless borrowing, untimely tax cuts, and a failed experiment in organic farming, which has driven food scarcity; adding covid to this mess was too heavy for this already fragile economy to bear. Today Sri Lanka's debt to GDP ratio is 111% percent, meaning it owes more than it delivers; the country's national expenditure exceeds its national income, and its production of tradable goods and services is inadequate; this was also the year Gotabaya Rajapaksa was lobbying for presidential elections. Among his election vows were deep tax cuts; you vote me to power, and I will ensure that you pay less tax. How will the country make money? Then the voters never asked. Sri Lanka currently has less than a billion dollars; this is as of March. This is only 1/218 of Elon musk's net worth.at least 500,000 lack essentials such as food. This world is not fair.

How is the government responding?

Instead of healing, tension is building; the Resignation of the prime minister Mahinda Rajapaksa who quit following weeks of protests over spiraling prices, and a nationwide curfew is in force. Five people have been killed and injured, an explosion of anger after weeks of anti-government protests. Now soldiers have been ordered to shoot anyone looting property or endangering lives. The order came after eight people were killed in violent clashes. supporters of the prime minister attacked anti-government protesters. Basically, using any force to ensure their safety. Shine light on Sri Lanka. No kid should live like this.