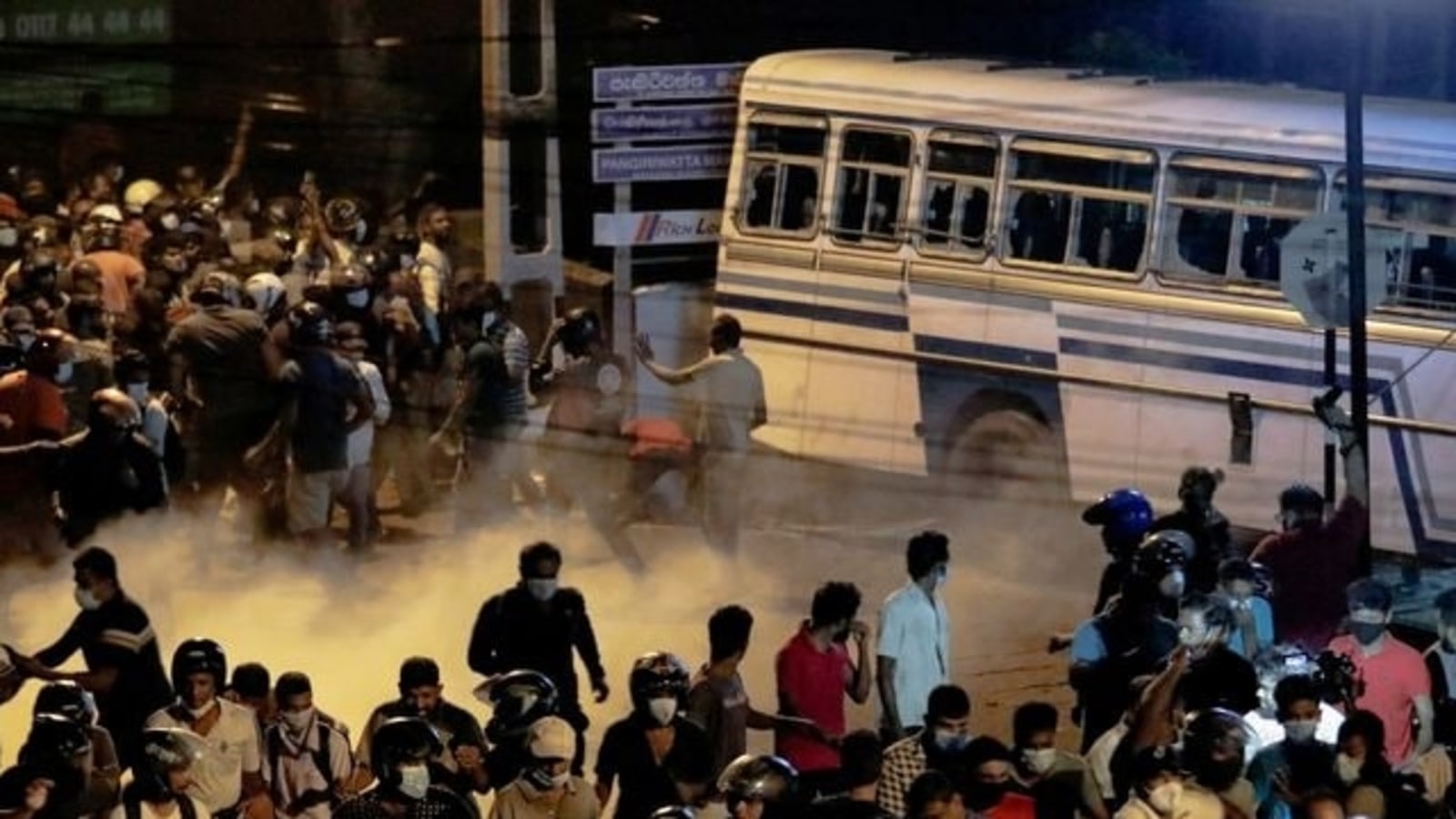 Sri Lanka's government announced a national emergency on Friday, granting police and army broad powers a day after hundreds attempted to assault his residence in protest amid an extraordinary economic crisis.

As anti-Rajapaksa protesters surged across the South Asian country, President Gotabaya Rajapaksa used stringent laws that authorized the military to arrest and jail people for prolonged periods without investigation.

In a statement, he stated that the emergency was called for the "protection of public order and the upkeep of goods and services important to the survival of society."

The 22-million-strong country is experiencing major food shortages, dramatic price increases, and severe power failures in its most painful recession since gaining independence from British rule in 1948.

On Friday, police decided to impose a midnight curfew in the Western Region, which includes the capital, Colombo, on Friday, increasing the prior night's no-go zone.

Yesterday evening, hundreds of rights activists gathered in the capital with handwritten signs and oil lanterns at a major junction.

It's time to quit Rajapaksa, "one man replied."

"No further corruption, go back," another screamed, pointing to the president and his government.

Anti-government protests were also recorded in the southern towns of Galle, Matara, and Moratuwa, as well as in the north and central areas. They all slowed traffic on major streets.

The group of people became angry and set fire to two military buses, a police jeep, two patrol motorbikes, and a three-wheeler. They also threw rocks at cops.

At least two people were injured. Although police confirmed 53 protestors were arrested, media sources said that five news photographers were also imprisoned and mistreated at the nearest police station, an allegation the government indicated it would consider.

On Friday, the police and military presence were enhanced.

On Thursday, two government officials stated a serious intelligence failure had put the president and his wife's life at risk.

Both the president and his wife were at home at the time of the riots, "Health Minister Keheliya Rambukwella told reporters in Colombo, denying prior allegations that they were abroad."

"We were warned of a protest and also informed about these protestors, but there was no such indication that it would escalate into aggression and violence and turn into a major issue." This is a significant failure in the level of thinking and level of understanding. "

According to Transport Minister Dilum Amunugama, the disturbance is the activity of "terrorists."

According to Rajapaksa's ministry, the protestors hoped to start an "Arab Spring," referring to anti-government rallies that swept the Middle East more than a decade ago in reaction to corruption and poor growth.

Mahinda, one of the president's brothers, is prime minister, while Basil, the youngest, is finance minister. His eldest brother and nephew are both members of the cabinet.

Sri Lanka's situation has been made worse by the COVID-19 pandemic, which has affected tourists and earnings.

Many experts believe that government mishandling and years of existing debt have worsened the crisis.

Colombo implemented a wide-ranging import ban in March 2020 in an order to protect foreign currency required to cover about $7.0 billion in debt repayment this year.

The state electricity monopoly announced it will impose a daily 13-hour power outage beginning Thursday, the worst ever, due to a lack of fuel for generators.

Due to a lack of life-saving medications, some state-run hospitals have suspended standard procedures.

The government has declared that it will seek a rescue from the International Monetary Fund, in addition to further borrowing from China and India.