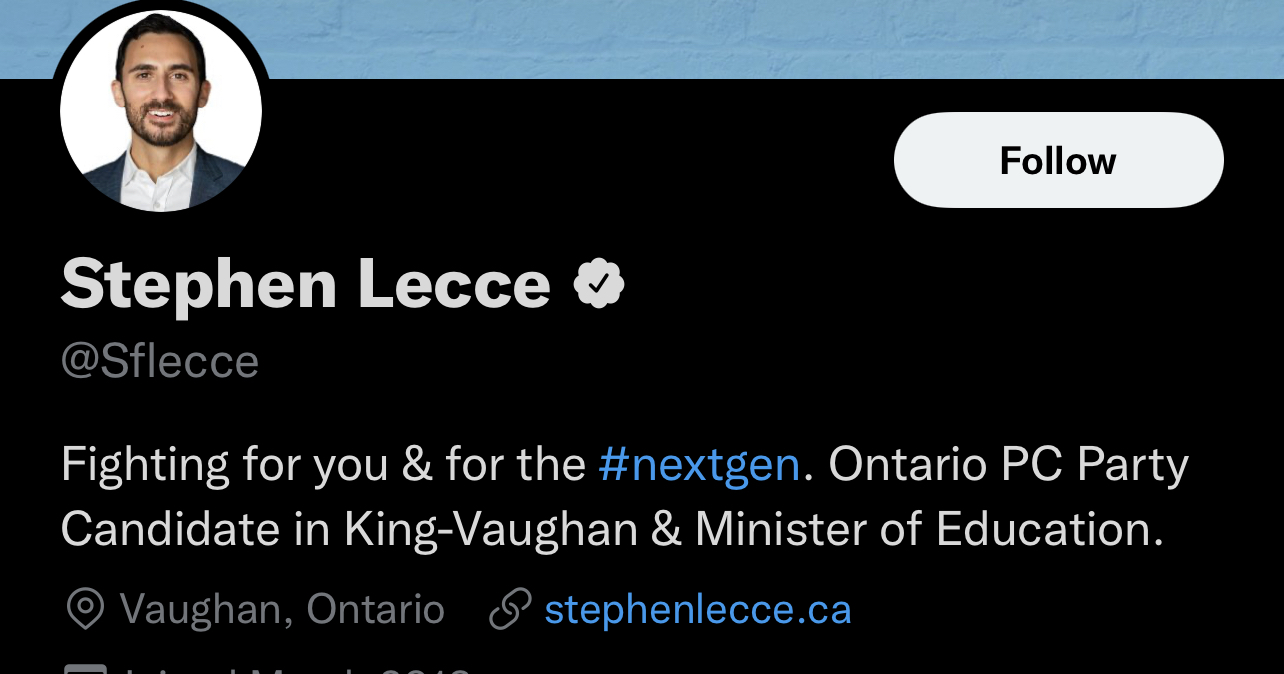 In Canada, specifically in Ontario, the provincial elections are coming up and will be held on June 2, 2022. This particular election is held in various provinces in Canada every four years on different days and months of the year. The focus of this year’s election is the Progressive Conservative Party of Ontario (PC) candidate, Stephen Lecce.

Stephen Lecce is not a new face or candidate in the Ontario Provincial elections. In fact, he is a returning candidate and is seeking re-election as a current Ontario PC candidate. Prior to this, he served as Ontario’s education minister for three years. He belongs to the same party and has also worked alongside Ontario’s current premier, Doug Ford. He is running for the position of "Member of Provincial Parliament (MPP)" in King-Vaughan again.

In this past week, a strange and shocking discovery has been made about the PC candidate and current Member of Provincial Parliament (MPP). It was found out that in 2006, approximately 16 years ago, he was involved in a slave auction fundraiser at his university. This fundraiser was created, run, and given the name “slave auction” by Sigma Chi, one of the largest North American fraternities, and Leece voluntarily took part in this event. He also became the leader of that fraternity in 2008, two years after this incident, and this slave auction event also took place in that year. However, he states that he does not remember officiating or giving the authority for the launching of that event in 2008.

Stephen, however, quickly apologised a few hours after this discovery was brought to light. He apologised by making a statement on CityNews. In his apology, he claims that his actions were inappropriate and that they do not speak of his character as a person. He also mentions and personally apologises to all the black people living in Ontario.

This is his second time running in the Ontario Provincial elections and a lot of members of other parties feel his apology is not sincere because they believe he willingly withheld this information about his past. A candidate from New Democratic Party(NDP) stated that he(Stephen Lecce) willingly participated and withheld this information therefore he should step down from the elections because his actions were inexcusable and make fun of the history of Black people in Canada.

Velma Morgan, the chairperson of Operation Black Vote Canada, reveals in an interview done with CBC’s Metro Morning Wednesday, that she could not believe the news when she heard it. She believes that political candidates should be held to a higher standard and must have thorough background checks done on them to prevent incidents like that of Stephen Lecce occuring in the future.