Sunak V Truss: Candidates debate as they hope to win the votes of Conservative Party members to hopefully become Britain’s next PM 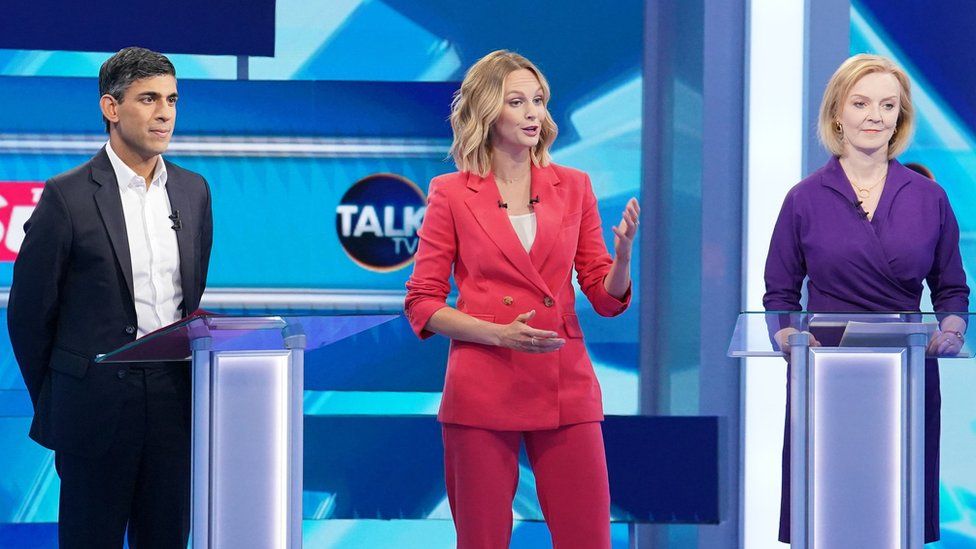 With six weeks to go until Boris Johnson’s successor enters the famous door of Number 10 Downing Street, the candidates vying for Britain’s top job will need to secure the backing of around 160,000 Conservative Party members. Former Chancellor of the Exchequer Rishi Sunak, who resigned because of the government’s handling of the Chris Pincher scandal, won the ballot of Conservative MPs but is trailing in the opinion polls to Foreign Secretary Liz Truss, according to YouGov.

The BBC debate saw Mr Sunak being accused of ‘mansplaining’ Ms Truss, by interrupting her answers to Sophie Raworth’s and her BBC colleagues' questions. Both candidates have opposing economic views, with Rishi Sunak looking to cut taxes after inflation has decreased, and Liz Truss has pledged to cut taxes from day one as Prime Minister, which included a temporary moratorium on green levies.

The following day saw Mr Sunak and Ms Truss go head-to-head in TalkTV’s The Sun Showdown, hosted by TalkTV Political Editor Kate McCann. The debate was abruptly paused when an off-screen incident occurred, startled Liz Truss who was responding to a question about Russia. TalkTV then confirmed that McCann fainted while viewers saw Ms Truss coming to her assistance.

Preceding McCann’s accident, the debate had been covering issues such as tax, the state of the NHS and the rising cost of living. Just 24 hours following the TalkTV debate, Kate McCann was back on TV screens to present ‘The News Desk’ on Wednesday, covering for Tom Newton-Dunn. McCann then said: “Thank goodness I’m now sitting down” and jokingly said that people wondered “whether anyone would be the victim of a knockout blow - no one predicted it might well be the presenter”.

Prior to presenting ‘The News Desk’, McCann tweeted: “Well that wasn’t how last night was supposed to end!”. Later in the programme, McCann added that both Rishi Sunak and Liz Truss had agreed to a rematch.

During the debate, Liz Truss said that raising National Insurance to fund the NHS was not needed, the action which Rishi Sunak did during his tenure as Chancellor. Ms Truss then added that she would give NHS leaders “more power locally” and would cut down layers of management. Mr Sunak would increase the number of “community hubs” for treatment and diagnosis. Both Mr Sunak and Ms Truss also added that they will support fracking for energy in domestic areas, as long as local communities supported the move.

My take on last night’s events is that Kate McCann moderated and handled The Sun’s Showdown debate with great professionalism with how she ensured that both Rishi Sunak and Liz Truss debated in a fair manner, to avoid repeats of what happened on the BBC debate with Sophie Raworth. Both candidates have agreed to a rematch and hopefully, Kate will be there alongside Harry Cole, The Sun Political Editor who was supposed to moderate the debate with Kate but pulled out after testing positive for COVID-19.