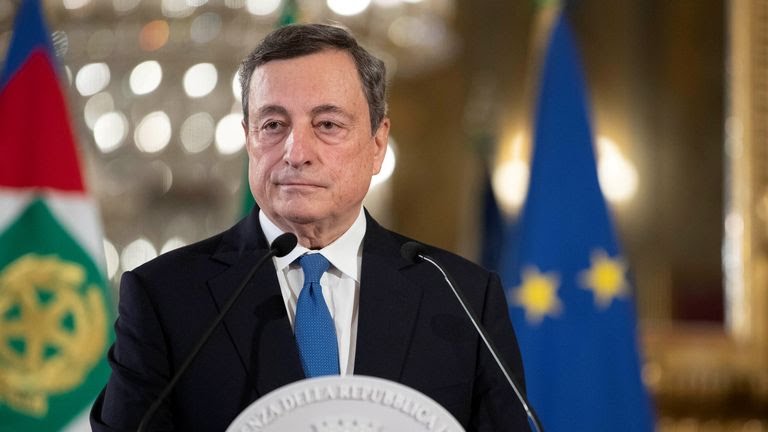 When the coronavirus-induced pandemic ambushed the world in early 2020, Italy turned out to be the worst affected country in the first phase with 1 out of 3 people testing positive and 1 out of 5 succumbing to the deadly pathogen. Now, almost 2 years later, Italy is helping the world to fight back against covid. The question in everyone's mind is what changed?

Long before Donald Trump helmed the office of POTUS, Italians elected a swaggering businessman Servio Bariskoni to run the country. In 2018, a new generation of Italian populists came to power in an unusual coalition with policies from the left and the right. Former Trump advisor Steve Banon hailed it as a model that could sweep the globe. However, this anti-EU populist coalition lasted only a year.

Under a new government, Italy went on to bungle the pandemic with one of the world’s worst death rates in Europe. Then in February 2021, its leadership somehow fell to Mario Draghi, a technocrat who famously steered the European Union out of the 2008 financial crisis as head of the European Central Bank. Now, Prime Minister Draghi is steering the country out of the covid crisis. Draghi in his initial term accelerated vaccine rollout and put children back to school.

As AstraZeneca was falling behind vaccine deliveries, he pressed the EU to hardball the extraordinary measure of blocking vaccine shipments bound for Australia. It raised questions about vaccine nationalism but, it was done under the EU rules and showed Italians that their national government and EU were working for them in those desperate times.

Next, Draghi turned his attention to the economy. The previous government had collapsed over how to spend Italy’s $250 Billion shares of EU recovery funds. Draghi, a political independent presented his plan and won overwhelming approval in the Parliament. Draghi’s bailout plan had certain reforms that were long overdue like partial waiver of student loans, home loans, and entrepreneur debts just to name a few. But Draghi still had to wrangle a fractious legislature.

Mario Draghi’s judicial push and shake-up saw a partial speed-up in the law offices and Draghi then turned his attention to other issues like tax evasion and illegal suppression of market competition.  Contrast this to the great ‘European Hope’ Emanuel Macron. Macron entered the office as a breath of fresh air, not tied to any established political party or tradition, clearly a neo-liberal in the European sense, and quickly set about to revitalize France’s stifling status economy. In the very first month of his assuming office, Macron axed the majority of business taxes to promote up-and-coming industrialists. But moves like that combined with his future itinerary led Macron to be tagged as the President for the rich.

Macron failed to build broad support for his policies sparked a ferocious backlash “The Yellow Vests Movement”. Macron was forced to cut gas tax hikes and buy protesters off with tax cuts and subsidies. When covid hit, Macron put other controversial goals on hold like pension reforms. The man who had vowed to rain in on France’sbloated welfare state now embarked on big spending to keep the economy afloat.

Macron covered people’s lost wages and cash handouts to everyone, from college students to farmers. In an article for The Economist, Macron has been rightfully quoted as a “closet socialist”. Macron still holds immense gravity among the business class which in turn helps him to flex his technocratic brawn. He made headlines in July by instituting vaccine passes for all leisure activities which was soon followed by Mario Draghi.

Draghi was the first leader in the post covid world who went as far as to requiring vaccine pass for all kinds of workers and employees. We will see if Draghi can maintain his popularity, carry out his vision for Italy and prevent populism from coming to power. If he can succeed in these endeavours where Macron was thwarted, he will be truly worthy of the nickname he earned during the financial crisis, “Super Mario”.