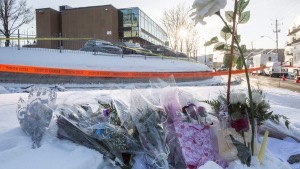 The court decision was united and undivided, meaning every official in the Supreme Court of Canada supported and agreed with this decision. This decision was released this week Friday and the case of Alexandre Bissonnette was influenced by it. He can now apply for parole at age 49, after serving 25 years in prison for brutally shooting six people at a mosque in Quebec City in 2017.

Another reason the Supreme Court gave for its decision was that this sentencing is meant to ensure respect for everyone and the Charter of Rights and Freedoms stated that the Parliament should make room for rehabilitation in the case of people found guilty of crimes. With the new decision every prisoner no matter the sentence or crime has the possibility of applying for parole and getting released from prison earlier.

A lot of officials at the Quebec City mosque expressed their disappointment with this decision and the ruling of the Supreme Court. They voiced the concerns the families had with running into the man that killed their family member in the street one day. An official at Quebec’s director of criminal prosecutions declined the offer given by reporters to give his opinion on the decision, he simply reminded them that although he has the chance of applying for parole, it is up to the parole board in the future to decide whether he can be released or not.

This decision not only affects Bissonnette but it also affects cases that were done before this one. The criminal code is now ruled inactive and invalid dating from when it was created in 2011. A spokesperson for the Supreme Court states that they are aware that mass murders have committed terrible crimes that leave various permanent consequences on the lives of those involved but denying offenders of the possibility of joining the society again disrupts what the Canadian Criminal law stands for.