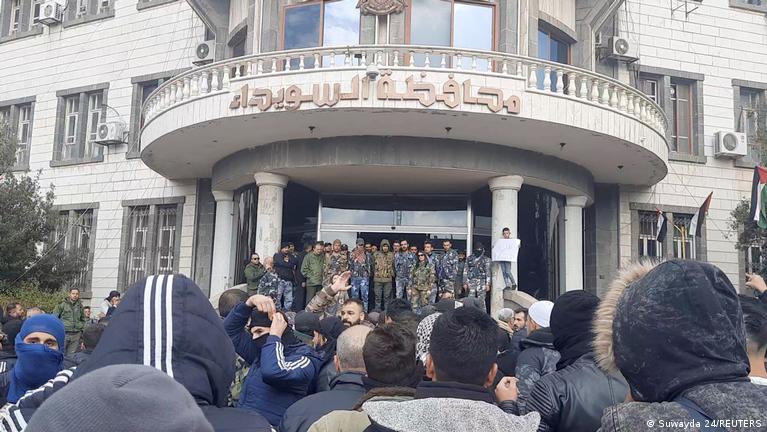 Syria is currently undergoing an economic crisis. However, this is nothing new and has been going on for a long time. Poverty has taken over the country with an energy crisis and food security. Residents can no longer endure this hardship, so they have resorted to protests. According to an article published in The Guardian on Sunday, December 4, dozens of residents gathered by the Sweida governor’s building, complaining about economic hardship and chanting anti-government slogans.

More than 200 people had gathered around the building in the province with a Druze majority, according to a Reuters story that cited witnesses and demanded the removal of the Syrian president. This act was mostly done as a cry for help, to show that they are suffering and can no longer endure this hardship. Some citizens broke into the governor’s building and were said to have caused destruction. Furniture was destroyed, windows were smashed, and files were stolen. According to three witnesses who spoke to Reuters, the governor was not inside the building at the time of the attack and had already left before the demonstrators stormed the premises.

The situation didn’t end well as security officers fired ammunition at protesters forcing them to disperse to quell the unrest.

“There is a large deployment of security forces in the area, and you can still hear gunshots,” said Rayan Maalouf, heads the Suwayda 24, an activist media collective.

Footage from Suwayda 24 shows a man bleeding from his thigh being carried by protesters. Seven people were wounded, and a protester and a police officer were killed.

Anti-government demonstrations are rare in Syria. Nearly a decade ago, when the peaceful uprising turned into a war, more than half a million Syrians were killed, and thousands were displaced.

ALJAZEERA mentioned in their article ninety percent of the population now lives below the poverty line, and 12.4 million people don’t have enough to eat, according to the UN. Citizens are protesting in demand of better living conditions.

Sweida is a province in Syria located in the south of Damascus, with a majority of Druze. The 11-year-old civil conflict in the nation, which has devastated its economy and sharply devalued the local currency, has been chiefly avoided by the area. However, throughout the past few years, anti-corruption demonstrations have taken place in the province to attract attention.