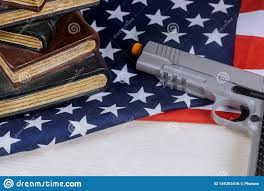 An 18-year-old gunman executed blind firing at a Texas elementary school on Tuesday, killing at least 19 children as he moved from classroom to classroom, the bloodiest school shooting in almost a decade and the latest grim moment for a country traumatized by a run of atrocities. Law enforcement shot and killed the assailant. Two adults were also killed, according to officials. One of the two, according to Governor Greg Abbott, was a teacher.

The massacre at Robb Elementary School in Uvalde, Texas, was the bloodiest school shooting in the United States since a gunman killed 20 children and six adults at Sandy Hook Elementary School in Newtown, Connecticut, in December 2012. The incident occurred barely ten days after a deadly racial rampage in a Buffalo, New York, supermarket, which was part of a yearlong string of mass murders at churches, schools, and supermarkets. And the prospects for any reform of the country's gun laws appeared as bleak, if not bleaker, as they had been in the aftermath of the Sandy Hook massacre. Officials did not immediately divulge the assailant's motive, but they did identify him as Salvador Ramos, a resident of the village 85 miles (135 kilometres) west of San Antonio. He acted alone, according to authorities.

Robb Elementary was celebrating the end of the school year with a series of themed days when the attack occurred. The theme for Tuesday was "Footloose and Fancy," with students dressed up in great clothes and shoes.

According to state Sen. Roland Gutierrez, who said he had been briefed by state police, Ramos had intimated on social media that an attack could be imminent. Investigators suspect Ramos posted photographs of the two firearms he used in the shooting on Instagram, and they are looking into whether he made statements online in the hours leading up to the attack, according to a law enforcement official. According to Travis Considine, a spokesman for the Texas Department of Public Safety, the incident began at 11:30 a.m., when the gunman smashed his car outside the school and went into the building. Two local police officers exchanged gunfire after a homeowner heard the crash and contacted 911.

Mass shootings in the United States.

This is the 27th school shooting this year, with 19 children and two adults dead at an elementary school in Uvalde, Texas. This year, the United States has seen more than 200 mass shootings. The Gun Violence Archive, an independent data collection organization, reported 212 mass shootings this year as of Tuesday. A mass shooting is defined as an incident in which four or more individuals, excluding the shooter, are shot or killed.

The deadly shooting in Texas has sparked a debate over gun control. According to a Pew poll released last year, only 53% of Americans prefer stricter gun rules, and only 49% believe that tougher laws will reduce mass shootings. The argument is expected to heat up this weekend in Houston, Texas, as the country's main pro-gun organization, the National Rifle Association, holds its annual convention.

Former President Donald Trump, Texas Governor Greg Abbott, Texas Senator Ted Cruz, and other prominent Republicans are scheduled to speak at the conference. Senator Chris Murphy of Connecticut made an emotional plea for lawmakers to take action on the Senate floor on Tuesday.

Cruz claimed that the shooting will be used to undermine people's right to own weapons under the US Constitution's 2nd Amendment. "When a crime like this occurs, it almost instantly becomes politicized," Cruz explained. "Attacking constitutional gun rights" is ineffective in preventing such crimes, he noted.

What the statistics indicate about gun deaths in the United States

Statistics reveal that gun violence has a high national cost. The Centre for Disease Control and Prevention announced last week that the number of gun deaths in the United States increased by a "historic" amount in 2020. In 2020, the United States had 19,350 firearm homicides, up nearly 35% from the previous year, and 24,245-gun suicides, up 1.5 percent.

According to recently released figures from the Centre for Disease Control and Prevention, more Americans died from gun-related injuries in 2020 than in any other year on record (CDC). This includes a near-record number of gun suicides and a record number of gun homicides. Despite the rise in such deaths, the rate of gun deaths - a number that takes into account the country's rising population – remains lower than in previous years.

How has the number of gun deaths in the United States evolved?

The United States is drowned in firearms. Guns of all kinds are cheaper and more widely accessible than ever across the United States. Approximately the two decades from 2000, US firearms manufacturers produced over 139 million guns for the commercial market, and the country imported another 71 million. This includes high-powered assault rifles, which start at $500, and 9-millimeter pistols, which start at $200 and combine ease of use, great accuracy, and semi-automatic triggers. Proposals by state and federal lawmakers to tighten restrictions are consistently rejected by conservative colleagues, who rely on voter support from a significant percentage of the population who opposes gun control.

Politicians like Abbott have worked to relax rules. The governor of Texas passed a bill last year that allows anybody over the age of 18 to openly carry a pistol without a license or training. Texas is one of the country's largest gun markets, according to Shannon Watts (founder of Moms Demand), and has a high firearms fatality rate. Watts stated on Twitter, "If more firearms and fewer laws made Texas safer, it would be the safest state with dropping rates of gun violence." "It has a high prevalence of gun suicide and homicide, and four of the ten deadliest mass shootings have occurred there."

The tragedy at Uvalde was the deadliest school massacre in Texas history, adding to a tragic record in a state that has seen some of the bloodiest shootings in the country in the last five years.