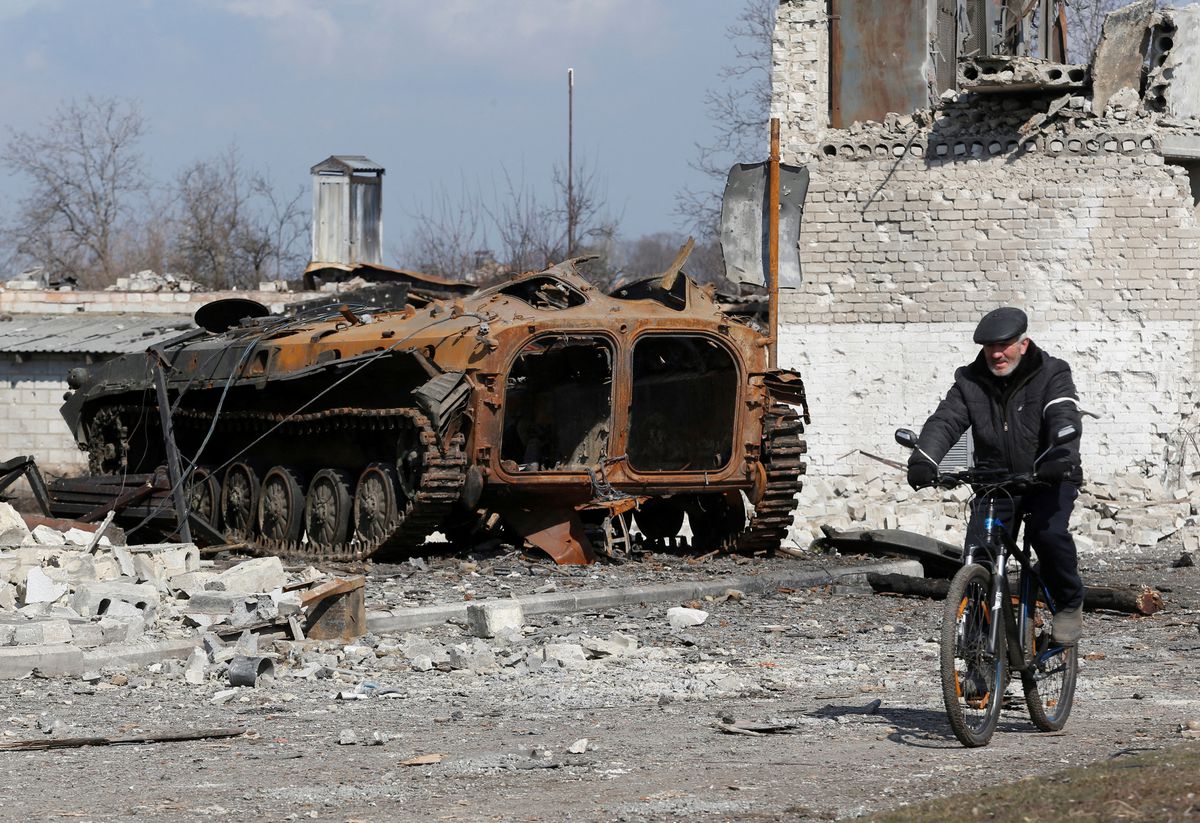 The tactical advances of the Russian military have been mildly successful overnight — as of the night from 29 to 30 April — with a lower number of casualties than in earlier phases of the military intervention, Reuters reports. As the conflict moves to a later stage of the whole Operation, Russia claims to have successfully destroyed many targets on the Ukrainian front, according to the same report.

With its usual promptitude, the British MoD has provided us with another exceptionally insightful piece of information. It stated that in the Russian military, “shortcomings in Russian tactical coordination remain” and that Russia had to recalculate their current situation by regrouping and redeploying forces — previously in the Ukrainian northwest — to the east of the country, where they hope to “rectify issues that have previously constrained its invasion by geographically concentrating combat power”, according to a recent MoD’s Twitter post.

As part of the ongoing effort to repel the Russian military, the West continues to show symbolic sympathy for the Ukrainian people and material and logistical support for their government. One of the latest of these shows of political will was a much-publicised conversation between the British PM and President Volodymyr Zelenskyy. Mr. Jonson received an update on the situation in eastern Ukraine and an enumeration of the equipment needed for a positive outcome on the Ukrainian side. Prime Minister Jonson agreed to the assessment and request for hardware. The humanitarian crisis in Mariupol and other areas would be met sparing no expense, as the British Government stated in its press release on gov.uk.

In another hardly expected gesture of sympathy, the Speaker of the House of Representatives of the US, Nancy Pelosi, visited the Ukrainian capital with no earlier announcement. Her speech focused on the characterisation of Russia as “bullies” and that the support for Ukraine would continue “until victory is won.” In the same visit, the Us emphasised the dangers of armed escalation on the Russian side, which included unconventional weapons in particular, which will be met reciprocally — according to one of the US congressional delegates accompanying Pelosi. The speech was published by Reuters on 2 May.

The outstanding achievement of the past few days has been the successful evacuation of civilians from the besieged Azovstal and other regions, although in small numbers. This had previously been thwarted by the inability of both the combating sides to maintain a ceasefire. The Kremlin continues to stress the urgency of protecting the people of Donbas, as President Putin expressed in a meeting with the UN security council; it was later transcribed by the Kremlin’s official media.