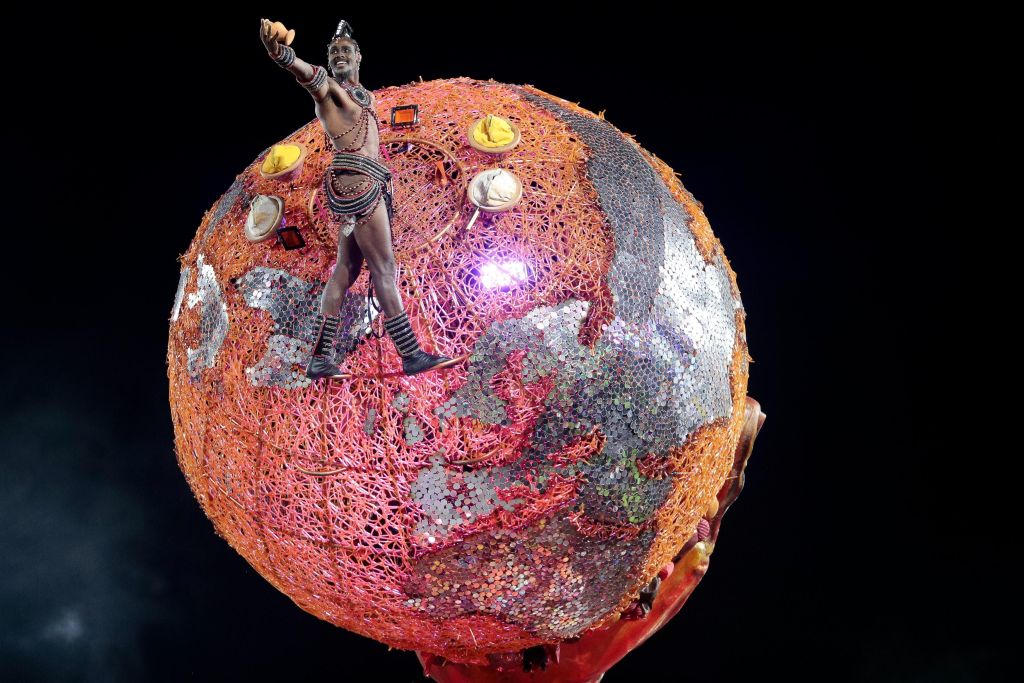 After two years of interruption due to COVID-19, the Brazilian Carnival returned, showing its roots in the avenues. From the Sambodromes Sapucaí (RJ) to Anhembi (SP), plots linked to the black resistance and Afro-Brazilian religions were dominant, transforming the parades into an open-air museum about the history of Brazil. With social critics, the exaltation of Brazilian culture, and above all, an ode against religious intolerance.

Every year, dozens of samba schools parade, and among them, 12 are part of the “special group” and participate in the parade competition. More than half of these schools had racial issues as a theme this year. For Layla Silva, historian and researcher at Fiocruz Foundation in Rio de Janeiro, Carnival has been following the political debates around black resistance and has not been limited itself to “Black Lives Matter” and the posting of black squares on Instagram. “The black movement has been working hard because of the killings of the black population. In Rio de Janeiro, Brazil and the world, these agendas have become central in political discussions, and Carnival has been following all this”.

Schools stood out with themes charged with social messages at the Sambodrome (the venue where the parades happen). Beija-Flor, the runner-up, had its theme “To make the thought black is to hear the voice of  Beija-Flor”, remembering the blacks brought as slaves to Brazil and emphasizing how prejudice did not change even after the abolition of slavery. The samba school Gaviões da Fiel in São Paulo sang as a protest against discrimination, injustice and inequality, bringing in one of its floats the return of hunger that many Brazilians face in the country as a result of exclusionary policies.

The Carnival champion and the highlight of the samba schools in Rio de Janeiro paid tribute to Exu, an entity present in religions of African origin, such as Candomble and Umbanda. The term “Afro-Brazilian religions” is used in Brazil to refer to beliefs that emerged from the arrival of enslaved peoples from the African continent. To them, Orixás are considered deities, and Exu, the most important among them all, is who makes the connection between the sacred and humanity. The schools chose the plot to demystify the negative stereotypes, which are mistakenly associated with the figure of the “devil” in the Christian imagination.

A report by the Commission to Combat Religious Intolerance in Rio de Janeiro showed that African-based religions were the target of 91% of complaints of religious attacks. Raphael Almeida, a carnival reveller who has accompanied samba schools since childhood, says that in the city of Rio, it is possible to see several graffiti on the walls saying: “only Jesus expels Exu from the people”, and sees the choice of the school’s theme as an important message to society. “This tribute to Exu serves not only to criticize but also to educate people and fight religious racism.”

It is necessary to look at the past of slavery to understand this violence. Brazil was the country on the American continent that received the most enslaved people in the Americas. It is estimated that almost half were sent to the land among 12 million sent from the African continent. These enslaved people were classified as soulless and cultureless, and their religions were considered demonic, forced to adopt the Catholic faith during the Portuguese colonization. Since then, black people have struggled and raised the flag for the right to religious freedom.

Layla says that the beginning of the Brazilian Carnival also crosses with the history of slavery. “The origin of Carnival intersects with the drumming of the repressed popular festivals organized by the enslaved people in Rio de Janeiro in the 19th century, the Entrudos, who were of European origin in the 20th century. From there until today, Carnival is undoubtedly an act of resistance”.

With a secular story told throughout the history of Brazil, often the plots and songs of the samba schools contribute to the formation and vision of the country by Brazilians. “The sambas helped me a lot to understand the history of Brazil. At school, it bothered me when the teacher said that Portugueses discovered Brazil because this territory already existed. More than 10 million indigenous people were exterminated,” says Raphael. The passion is passed down through generations in Raphael’s family. He says that since then, samba schools and sambas made outside of schools have been part of his daily life. “My relationship with samba started when I was a child. In my neighbourhood, there was a samba school. On weekends we would go to the court and participate in rehearsals”. At the age of 11, he heard the samba of Beija Flor from 2004, which said: “Ambition crossed the sea brought by the invader, Spain came to explore, plunder and sow pain”. “This song not only denounced but also educated an entire generation of young people”, he says.

Besides the positive impact on young Brazilians, Carnival also directly impacts the economy of the city and the country’s communities. Carnival is the event that most moves the economy in Brazil, starting long before the parades on the avenue. “Carnival is in constant movement throughout the year, employing families and generating income, especially for black families in the communities”, says Layla. She is also part of the Mangueira Samba School and a resident of the Mangueira neighbourhood. She says that it is obvious how much Carnival impacts the economy of the favelas. “The party here happens between August and the end of March when we finish the carnival issues. It’s much longer than four days”.

In the end, a product of the country’s social contradictions, Carnival presents itself as a re-encounter with its history. Following the struggles and challenges of its time, this year, echoing a strong message against intolerance on the avenue, the Carnival showed what the champion school’s plot says: “The voice of the people, the prophet of the streets”.