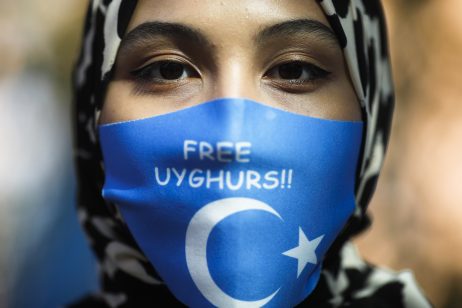 Another trouble has wielded upon the Uyghur community with Turkey beginning to reign terror on those who escaped the camps in China. Turkey is home to more than 35000 Uyghurs, including those living in the country for centuries as well as those who have taken refuge therein. Turkey is now threatening to deport them by raiding their homes as well as arresting them, in coordination with China. Similar steps have been taken by countries like Egypt and Pakistan who initially spoke against China as well as gave shelter to the Uyghurs who managed to escape the brutality they were subjected to.

Uyghurs are a native ethnic group from Xinjiang Autonomous Region in the northwestern part of the country. Though Xinjiang is supposed to have its own administration, it is presently under the complete control of China. There has been mass migration of Han Chinese majority to Xinjiang in the recent decades which has posited an even greater threat to the Uyghur culture and livelihood. Xinjiang is a resource rich area and the largest producer of natural gas in China, it is also a key location for China’s Belt and Road Initiative. Thus making it clear why China wants to have complete control over the region and does not want any separatist tendencies to develop. Officially, there are approximately 2.8 million Uyghurs in Xinjiang, mostly Muslims. According to UN Human Rights Committee, 2018 there are credible reports that show that the Chinese government was holding up to a million people in “counter extremism centers”.

Though China denies it, there are violent human rights abrogation taking place in these detention centers which have been described as a genocide against the Uyghur community. Human Rights Watch has described the condition in Xinjiang as “a pervasive network of surveillance” where people’s behaviors and actions are minutely monitored. The right to religion does not exist for the Uyghurs. In 2017, Xinjiang passed a law which prohibits men from growing long beards and women from taking veils. For the past three years, it is a crime to fast in the month of Ramadan and it is officially illegal to do so in Xinjiang.

There have been evidences of forced labor and women being sterilized at a mass scale to suppress the population growth of the Uyghurs. Several survivors have reported of torture and horrendous violations which goes against the basic tenets of the UN Genocide Convention. From 2018 onwards, women survivors have brought to light that they were forced to take drugs which affected their menstruation and fertility as well as brought to light cases wherein they were systematically raped and abused.

The Australian Strategic Policy Institute has called the drop in Xinjiang’s birth rate as “unprecedented”. According to official Chinese data, there has been a drop by almost half in the birth rate from 2017 to 2019. China has reacted to the massive decline in birth rates in Xinjiang by saying that it is due to improved health and economic policies, denying all accusations of genocide. Other horrific incidents include that of children being separated from families and kept in conditions of utmost penury. There has been instances of mosque demolition as well as destruction of schools and cemeteries. There are leaked documents called “China cables” according to which these camps are run as high security prisons where violation of discipline results in severe punishments.

China treats the Uyghurs as militants who are waging a violent war for an independent State. It considers them part of East Turkestan Islamic Movement (ETIM) which is a recognized terrorist outfit by the United Nations. This is the argument given by China for keeping Uyghurs in these camps for the purpose of what it calls as “re-education” so that extremist tendencies of the ethnic group can be curbed. China has denied the existence of detention centers for a very long time but ultimately when pictures of detention centers with barbed wires and watch towers came to the surface, it argued that these centers were for voluntary education. However, it is interesting to note that how can a group which cannot protect itself from China’s wrath, be a threat to China’s sovereignty?

There have been people like Umer Mohd Khan who are relentlessly helping Uyghurs in fleeing Detention camps and educating the ones fleeing, about their language and culture. However, there have been multiple crackdowns on his house and school in Islamabad by the Pakistani police. Despite losing some of his family members in this quest and causing a danger to their lives, he continues to support the Uyghurs as he believes that, “Helping people is my life’s calling and I must continue.” Pakistan refuses to comment on this humanitarian crisis as can be seen from an early May Interview to the CNN where the Foreign Minister dodged the question on Uyghurs by saying that they don’t discuss everything in public and that China was a “very good friend”.

These countries which have time and again boasted about themselves as being “caretakers” of the Muslim World as well as the Organization of Islamic Countries (OIC) have repeatedly failed the cause of the Uyghur Muslims. With Egypt, Turkey and Pakistan being the ones who have made their stance public that they would cooperate with China in detaining and deporting the Uyghurs back, it is yet to be seen what will their fate be. Interestingly, Turkey was one of the first non-western countries to point at the genocide happening in China.  However, with changed economic and political conditions, it seems evident that Turkey has not only refused to comment on the topic, rather it is in full support of China.

Lithuania has become the most recent country to join the US, Canada and UK in calling for immediate action against the perpetration of violence that China is wielding and called it a “genocide”. It has recommended to initiate a vote in the United Nations to investigate the forceful detention of Uyghurs. This looks like a move in the right direction where official investigations can give a clearer picture on the conditioning of the Uyghurs.

The Zenith of Apathy: The Baloch Genocide in Pakistan