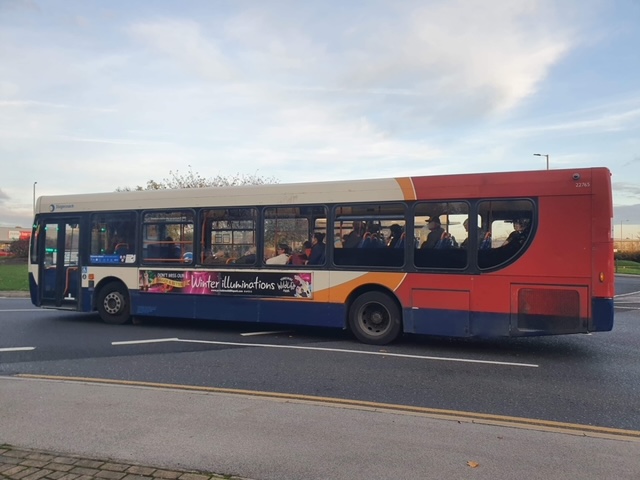 Services across South Yorkshire and the north-east are known to be at risk, but many more routes could be axed across the UK as the Covid grants that supported courses during the pandemic expire.

The Covid recovery grant ran out at the start of October, snowballing the threatened services across the country. Representing operators, the Confederation of Passenger Transport (CPT) mentioned the critical nature of the forthcoming weeks in reviewing what would keep running.

Stagecoach also announced earlier this month that it planned to cut 18 services across the county. The commercial director for Stagecoach Yorkshire has claimed that fewer people are traveling by bus.

An elderly lady at the bus stop in Rotherham said she relies on the bus to get her around the area, and now she feels anxious about getting around.

Leader of Sheffield City Council, Councillor Terry Fox, said: “Once again the people of Sheffield and the surrounding region have been hung out to dry by the Government, allowing private transport providers to reap the benefits while the public picks up the costs when the services are not profitable.”

He explained that the latest cuts had damaged the city, economy, and residents.

“Buses are a crucial element to transport in Sheffield, helping people get to school, work, reach our hospitals, make their important appointments, see their family members, and much more.”

The chief executive at Cambridgeshire County Council (CCC), Stephen Moir, attended a meeting with the bus company, Stagecoach’s bosses. He explained that he “forcefully” expressed concerns regarding the situation to them.

Mr. Moir described the bus cuts by Stagecoach as  “at best hypocritical.”

Darren Roe, managing director at Stagecoach East, said that they care about their local communities and know how important public transport is to local people.

He said: “It's clear the traditional field fixed route bus service is no longer a financially viable solution in these rural areas in parts of Cambridgeshire.”

"Not only is it becoming unviable, but it also threatens the long-term sustainability of the wider bus network and the investment we're making in new electric buses."

Protests in various cities have been held against the bus service cuts at the start of October, following anxious, angry and disappointed bus users across the country.