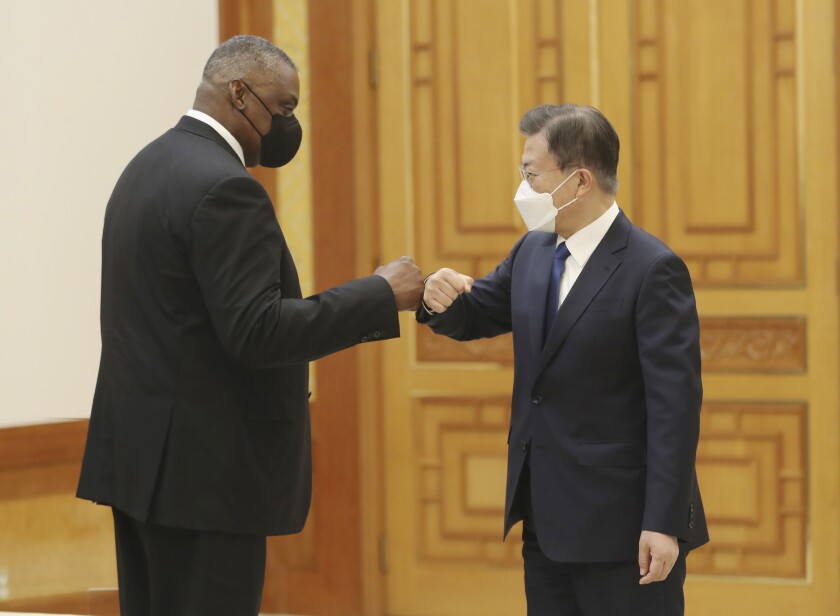 Chinese Defense Minister Wei Fenghe told a meeting with US Secretary of Defense Lloyd Austin on the sidelines of the Shangri-La International Security Conference in Singapore that the Chinese military would thwart any attempt by Taiwan to gain independence.

"The Chinese government and army will resolutely suppress any attempts to achieve Taiwan independence," Wei Fenghe was quoted by China Central Television as saying.

"Taiwan is China's Taiwan, and the one-China principle is in turn the political foundation of US-China relations. Taiwan cannot be used to pressure China," he said. Last month, in response to a visit by a US congressional delegation to Taiwan, China sent 30 warplanes to the island, urging the United States to avoid signals of Taiwan’s independence.

Bloomberg states that “A senior US defense official said Defense Secretary Lloyd Austin and his China counterpart agreed to more talks after discussing Taiwan in a meeting that went on for about an hour. “

The Chinese minister pledged that Beijing "will crush to pieces any plan for Taiwan independence and firmly affirm the unity of the motherland," according to what was quoted by the Chinese Ministry of Defense.

The US Defense Department said that Austin assured his Chinese counterpart during talks in Singapore that Beijing "must refrain from taking any further destabilizing steps towards Taiwan".

Taiwan, a democratic and self-governing island, lives under constant threat of Chinese aggression.  Beijing considers the island as its territory and has promised to annex it by force if necessary.

Military authorities across Asia are examining the potential impact of the Ukrainian conflict on the region, particularly on Taiwan.  This means that as the United States seeks to revive relations with its allies in Asia, and so do China and Russia, some further steps are to be taken in the eastern part of the world.