When concerning modern-day Mexico, the development of the fame brought to drug cartels is one romanticized by cinema, music, religion, and fashion; personified by its agents as being magical, real, and everlasting. But as renowned Columbian screenwriter and journalist Gabriel García Márquez once said, “Magical realism is defined as what happens when a highly detailed, realistic setting is invaded by something too strange to believe.” Today, such classical literature is analyzed and observed as an allegory based on modern-day Mexico. But most notably, while discussing magical realism, a significant influence exists that transforms one’s misinterpretation into a man-made folktale.

Whenever focusing on this modern-day folklore, or better yet interpreted as idolized mythification, one must bring attention to the former drug kingpin Joaquín Guzmán Loera, also known as El Chapo, now under U.S. custody via cooperative judiciary extradition. What is presented to the world as a harbinger of violence and narcotics, ironically, in the eyes of the rural low-income peoples of Mexico, El Chapo’s image is metaphorically romanticized as an entrepreneurial icon (For example, a Robin Hood). Where according to suggested folklore, he broke the barriers of poverty and cultural classicism. Consequently, in 2009, being immortalized by western pop culture, making the ranks among one of the world’s top billionaires by Forbes Magazine.

Through such idolization of power, violence, and myth, the “hearts and minds” of many of Mexico’s low-income populations, which in some cases, are economically neglected by the federal and state government, instead, are won over by organized crime and local cartels. Since these organizations will, opportunistically, promote the general welfare of poor rural communities (public roads, housing, food, water, electricity, etc.) While, for the inhabitants who refuse this forced upon partnership, death or extortion is typically the penalty placed upon them and their families.

Here, we find an application of criminal economic coercion, but in the form of the Spanish-speaking cliché mafia motto Plata o Plomo? or metaphorically reinterpreted as “profits or death?” Thus, from this analogy, one can understand that it is safer and a lot easier for a neutral low-income citizen, not to resist bribery and overwhelming peer pressure in the form of death threats. Consequently, this sparks an indistinguishable controversy within a respective individual’s ethics and psychological morality. But through a demystification of this construct embedded in criminal philosophy, one comes to an understanding of a lifestyle commanding an ever-growing sphere of influence.

As a result, this presence is no longer just concerning the existence of organized crime, but a newly spawned subculture. Dependent on the benefactors in the distribution of narcotics and its glorified violence. To put it into perspective, this phenomenon is known as a narco-culture or, as its Spanish term translates, a narco-cultura. Nonetheless, narco-culture is also an economic and political phenomenon: it is fundamentally rooted in a liberal economic philosophy of consumption and competition and is protected by a politics of corruption and greed.” While this subculture normalizes violence, such a concept becomes an issue that brings awareness to concerns of public & mental health. “A seized statue of the folk saint Santa Muerte sits on packages of marijuana by a gun as suspects are presented to the press in Tijuana, Mexico, on March 31, 2010.”

Moreover, this state of affairs is found at an abstract level, rather than simply in the physical realm. So, what some academic analysts consider theorizing is such a social dilemma is, in many ways, similar to modern-day terrorism. In theory, the war on terrorism is not a physical entity that is conventionally deterred, but rather terrorism is an abstract idea, and to ultimately defeat it, one must look beyond conventional wisdom. In other words, this begins to decipher the foundational source of the problem, which can be seen as a public mental health epidemic through an analytical lens. However, reading between the lines of this phenomenon, one must examine the theoretical symbiotic relationship shared by glorified narco-violence and modern-day terrorism.

Such a generalization has been a matter of moral debate, as the former notorious Trump administration has previously flirted with the idea of designating narco organizations as terrorists. But theoretically, if so happened, what would that mean? Consequently, this could initiate an unwarranted U.S. military intervention on Mexico’s sovereign soil. In such a controversial hypothetical, this bipartisan enactment would allow the U.S. Department of Defense to authorize counterterrorism operations (Unmanned Aerial Vehicles, cyber surveillance, etc.), if relatively deemed necessary for U.S. national security, without yielding to conventional international by-laws.

Most notably, without seeking a sovereign nation’s consent and authorization, such as similar former policies have been done in countries in the middle east (Afghanistan, Pakistan, Iraq, Yemen, Syria, etc.) But in this case, it would be Mexico on the receiving side of the political spectrum. Ultimately, a more practical solution would be to enhance binational in a cooperative manner that sees a peaceful outcome of success. The current U.S. presidential administration has initiated such efforts to strive toward this kind of platform under President Joe Biden. Under this new administration, U.S. – Mexico relations have moved away from a hardline political stance and aimed toward progressive political cooperation. 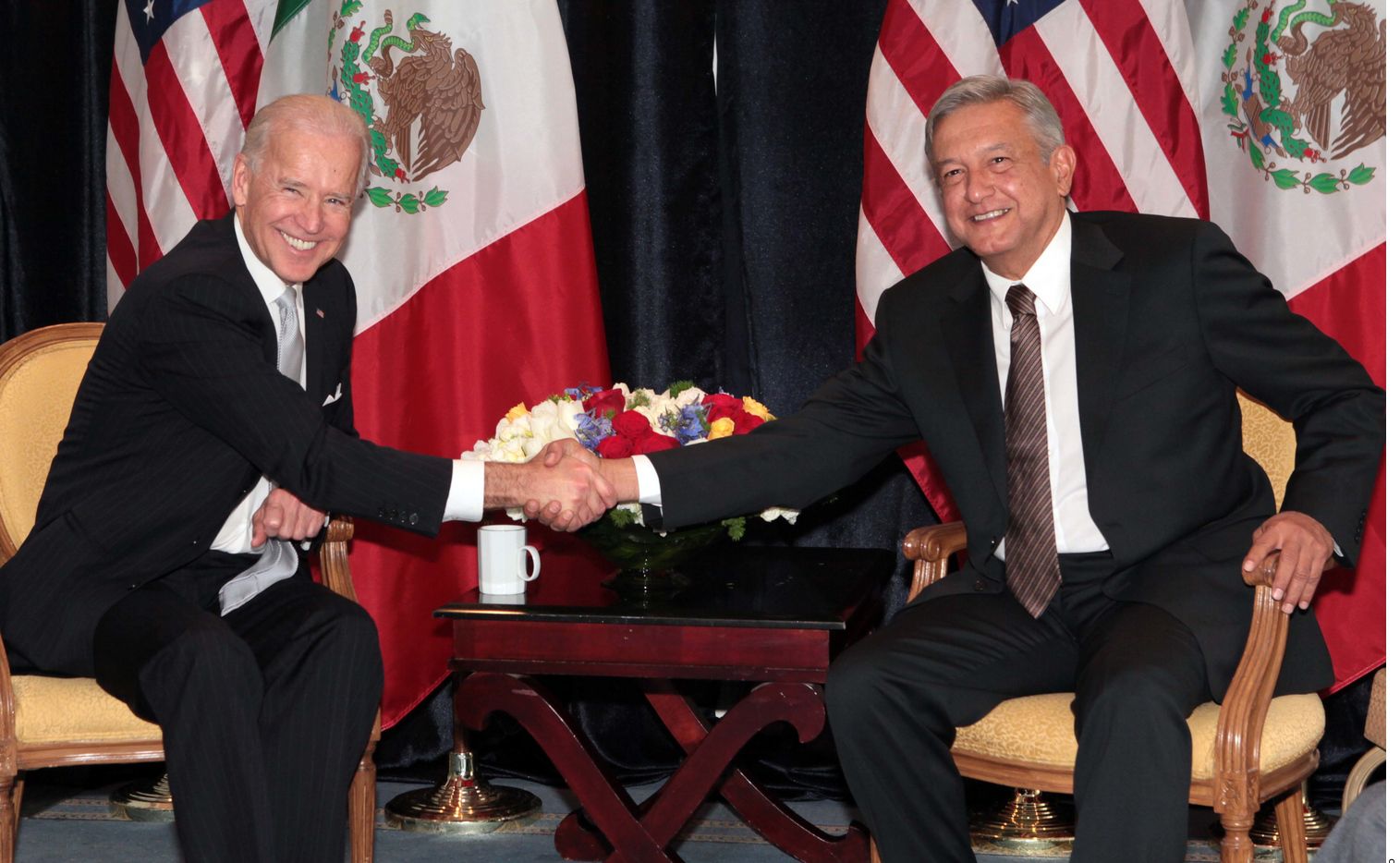 Meanwhile, since this new initiation, both sides have shown to be more open to practical intellectual discourse than during the former Trump administration. Therefore, analysts may argue this indicates that the long-lasting paradigm of blindly accepting political corruption and ambiguity in U.S. – Mexico relations will not solve the current overwhelming issue. As in the contemporary age, despite the mild crackdown on political corruption in Mexico by Mexican President Andrés Manuel López Obrador, the rapid militarization of narco-cartels has yet to cease and continues to grow. One seemingly option is the dismantling of drug prohibition in Mexico, which Mexican Senate lawmakers have begun to successfully move forward through a bill legalizing recreational marijuana. Although it is just a step forward towards a more progressive solution, some analysts argue that organized crime will merely adapt and evolve to the rapidly changing industry. Instead of maneuvering the black market, narco-cartels can work towards infiltrating the newly legalized market.

As such, current narco capital can be transferred and liquidated into legalized assets, which would generate more significant revenue & profits for narco-cartels. However, the dilemma is far from what is seen on the surface. The contemporary evolution of economic game theory has allowed narco-cartels to modernize their black market with lucrative strategies, such as Bitcoin exchange for contraband and capitalizing on the ongoing U.S. trade war with China via cryptocurrency syndicates. Consequently, the narco-cartels have shown to be adaptable to the most inhospitable situations, thriving in discomfort and capitalizing on merely any opportunity possible. In essence, Mexican Lawmakers seem to be locked in a trance of a never-ending mental chess game with organized crime.

The Haunted Trenches on a Silent Hill: a Testament to The Great War and its Fallen Heroes