The Degree of Nobility in the Nobel Prizes 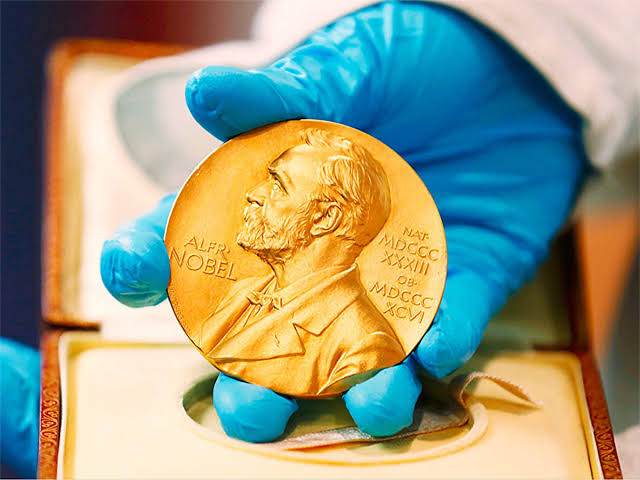 The Nobel Prize has been one of the most prestigious honors to be convened upon those excelling in various fields. It is to express gratitude to people who have made the world a little better for fellow humans. However, it is not infallible in the sense that it is not above injustice and bias. The recent war in Ethiopia has been one of the many instances where the actual intentions of Nobel Prize winners havebeen questioned.

Abiy Ahmad Ali, the Ethiopian Prime Minister was awarded the Nobel Peace Prize in 2019 for attaining success in his efforts to end the long war with Eritrea. However, he ordered the military to deploy against regional forces in Tigray. As the regional head in Tigray resisted the reforms initiated by the Prime Minister, the political crisis in the country emerged into a full-blown war. By many, this confrontation has been seen as an attempt of the PM to centralize power and destroy the country’s federal system.

Another Nobel Peace Prize winner, Aung San Suu Kyi who won the prize in 1991, has been questioned over the Rohingya crisis of Myanmar. There are allegations against her for turning a “blind eye” to the ethnic cleansing and genocide of the Rohingyas. Thousands from the community have died and more than 700,000 have fled, who now lives in horrendous camp conditions in neighboring countries, mostly in Bangladesh. She won the Peace Prize due to her fight for democracy in Myanmar, which is in contrast to her stand on the Rohingya racial killing. Far from helping these Burmese citizens, she denied the existence of genocide.

This raises a question as to whether the Nobel Prize Committee is responsible for the de-facto actions of the winners or can they shed themselves from upholding the ideal of a world with humanity?

If we tread back to the history of the Prize, we would realize how Alfred Nobel, in his Will mentioned that his fortune should be invested in safe securities and the interest to be annually distributed as prizes to be conferred on those who benefit mankind in the greatest way. However, certain inclusions and multiple omissions point out that the Committee has not always succeeded in achieving this end.

One of the recurring criticisms has been that the Nobel Prize in Science has always been awarded to persons and not entire groups. The Nobel Prize in Physics, which was awarded for the success of LIGO, went to only three scientists whereas the author's list of scientists who were involved in its success was three pages long.

Another example in this regard would be the very first prize in medicine, awarded to Emil von Behring in 1901 for the discovery of antitoxins. His close collaborator Shibasaburo Kitasato was not given any mentions. The 1952 physiology award went to Selman Waksman for the discovery of antibiotic streptomycin, while ignoring his graduate student, Albert Schatz, who found the chemical. These omissions are not only unfair but also cast a shadow over the sanctity and authenticity of the Nobel Prize.

The sexual assault scandal that engulfed the Swedish Academy led to a delay in the 2018 Nobel Prize for Literature. It was revealed to the press that the husband of one of the members of the academy had been accused of sexual abuse. These assaults that took place approximately 20 years ago were revealed by the testimonies of eighteen women who had been assaulted or exploited by the same man, including two accusations of rape. Many of these attacks were said to have taken place in the luxurious apartments, owned by the Academy.

In light of these accusations, the then Secretary of the Academy, Sara Darius, also revealed that she was sexually harassed by Arnault. Due to this, she was forced to step down as Secretary, while many members resigned from the Academy in her support. Due to these resignations and expulsions, only ten members were left whereas a minimum of 12 members is needed to elect new ones. This led to a deadlock within the Academy to function properly as well as severely tarnished its image globally.

The Swedish Academy also awarded the 2019 Literature prize to the Austrian author, Peter Handke, which raised a lot of questions on the belief system of the Academy. He is believed to be the World’s most prominent apologist for the Serbian Dictator and war criminal, charged in 2001 with the Bosnian Genocide. Handke openly spoke in favor of his regime and said that he believed that the dictator was misrepresented by the western media. Moreover, he went to the extent of saying that the massacre of Bosnian Muslims by Serbian troops was staged by the Muslims themselves.

The award was announced shortly after the Academy said that it intended to move away from a “male-oriented” and “Eurocentric” point of view and leniency. However, such commitments hold little value when the real picture depicts the opposite. The prize is supposed to be given keeping in mind the intentions to better humanity and this example provides quite the contrary.

The more recent controversy was regarding the nomination of former US President Donald Trump for the Nobel Peace Prize, 2021. The reason given was for his efforts in brokering peace between Israel and UAE as well as the role in facilitating contacts between India and Pakistan to resolve the Kashmir dispute. The latter point seems to have emerged from ignorance that doesn’t take into account that India always refused an International intervention, including Trump’s proposal to act as a negotiator.

One of the biggest omissions of the Nobel Prize has to be MK Gandhi, the most prominent figure who fought for the peace and security of South Asia. He was shortlisted five times, including the consecutive years of 1946, 1947, and 1948. The Committee’s obsession with Euro-centrism and the failure to recognize the struggle of colonies can be said to be the major reasons behind this. The former Director of the Nobel Institute, Geir Lundestand, rightly mentioned that “Gandhi could do without the Nobel Prize. Whether the Nobel Committee can do without Gandhi, is the question.”

These are just a few examples where the Nobel Peace Prize raised eyebrows as certain choices were completely unthinkable whereas many others proved to be detrimental. In the 21st century, the question looms over us whether it is merely an award that is chosen by the European elite class or a holistic and all-engulfing fair reward. If the prize is centered onthe West, then we need to re-evaluate the importance associated with it in the third World.