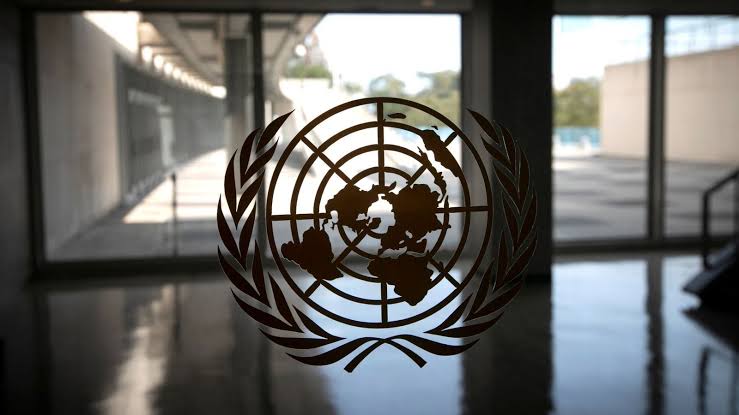 Following WWII, there was a desire to establish organisations that could serve as a unifying agent for many countries and assist them in addressing global issues. International organisations are based on the principles of conduct, indivisibility and diffuse reciprocity. But there is a lurking threat to these organisations for multiple reasons, like China's unacceptance of America’s hegemony in the world, as well as the US's unwillingness to recognize China’s leadership in Asia.

International Organisations have, over a period of time, turned out to be a dual system: fighting for Human Rights on one hand and the other hand, major powers have been influencing important decisions in these organisations. An example of this is the United Nations Security Council, where the Big Five have been using their veto powers to suit their preferences over the decisions of the majority.

The Third World has backlashed this dominance of the West in all of the multilateral organisations. It has been common practice for Western countries to use these organisations as leverage for their benefit, and when that is not possible, they either veto the decisions or threaten to withdraw their support or leave the organization.

During the COVID-19 Pandemic, nations turned inwards with travel bans, export controls, hoarding and limiting information, as well as marginalizing and blaming the World Health Organization. In today’s world, multiple multilateral platforms are available to deal with global emergencies and address their economic, social and political effects. They were, however, unable to prevent most states from acting unilaterally.

Earlier, leaders promoted multilateral systems, but now crucial leaders of major superpowers are openly criticizing and contesting them. Now there is a rising quest by political leaders for national interests and populism. The United States used to herald the international liberal order, but conservationist policies like ‘America First’ are an example of an economy turning inwards. As a step towards this inward-looking foreign policy, the US has withdrawn from the Paris Climate Convention, the Iran Nuclear Deal and the Trans-Pacific Partnership.

Another example of this is the European Union, which has been a traditional champion of multilateralism but has now seen divisions internally. Brexit has cast a pall over the EU in the eyes of the rest of the world. With the formation of governments of different ideologies in Europe and the realization that collective betterment might not necessarily be for the good of individual nations. And this realization has led to distortions in relations between EU countries.

The largest multilateral organization which exists today is the United Nations. The UN and its agencies are losing their relevance and are being criticized for lack of efficiency, institutional paralysis and ideological differences in countries sprouting up. Due to the rise of bilateralism and protectionism, even the world's largest trade body, the World Trade Organization, has been unable to conclude negotiations that began in 2001 as the Doha Round of Development. Along with this is the co-occurring problem of a stalled dispute settlement system. At a time when trade wars are looming over the world's head, the WTO’s Dispute Settlement Body finds itself non-functional due to blocked appointments of judges in its Appellate Body.

In 2016, South Africa became the first country in the world, to legally resign from the International Criminal Court. Burundi and Gambia followed suit with identical declarations. In lieu of the same, Russia announced its intention to withdraw from the Rome Statute, which forms the ICC. Though the decisions of the ICC are not binding and it is up to the nation to either adhere to them or not, defying their choices might lead to other countries frowning upon the country in question. Leaving the organization is similar to raising a query about the organization's credibility and expressing an opinion that could have an impact on other countries.

After looking at the biggest political and social organization, the UN, and the biggest trade organization, we will look at the largest military alliance on the planet, the North Atlantic Treaty Organization. In November 2020, in an interview with ‘The Economist’, French President Macron declared the "brain death" of NATO as well as the fragility of Europe. NATO has found it difficult to define its role and relevance after the collapse of the Soviet Union in 1991.

Throughout its existence, NATO has been a disagreeable and fractious alliance. Considering the national wants and needs of all its member states, at times, has proven to be an impossible task. Members of the alliance have been inconsistent with the seriousness they associate with the organization. France left in 1996 to re-join in 2009 under special circumstances only. In different international matters, NATO nations have taken different stands and, hence, a unitary group decision has become impossible. Other NATO countries have denounced Turkey's engagement in the Syrian civil conflict.

The IMF has been held responsible in multiple instances as it was unable to prevent or even forecast the worst financial crisis since the 1930s. It did a poor job of addressing global imbalances through the surveillance activities it undertook ahead of the 2008 financial crisis, which caused an economic and unemployment crisis. The IMF lacked leadership, ideas and coordination before, during and after the crisis. In 2010, the IMF recommended that countries reduce fiscal stimulus since it hampered economic recovery, although unemployment was still high.

With the evolution of the WTO, the growth of the EU as a trading bloc, and the US-Canada Free Trade Agreement, multilateral institutions have been successful in building a global economy and extending the market. However, with unilateral goals and the establishment of bilateral relations, multilateralism seems to have taken a backseat for now.

One of the reasons for the formation of these organizations was the establishment of a mechanism for collective security and dispute resolution. The UN Security Council and General Assembly have had successful operations in the Persian Gulf, Namibia, Cambodia, Mozambique and many other affected areas. One of the most crucial parts played by multilateralism has been the signing of treaties dealing with non-proliferation, chemical weapons and nuclear test bans.

It has often been said that these treaties and organizations are merely a ‘formality’ and pay just lip service to the actual concerns of people and countries. These groups, on the other hand, may help to create a feeling of accountability and responsibility regarding the world's many problems. The decline of multilateralism comes at a time when the need for sound rules of international cooperation is more than ever.