The Devastating Fall of Venezuela – From Riches to Rags 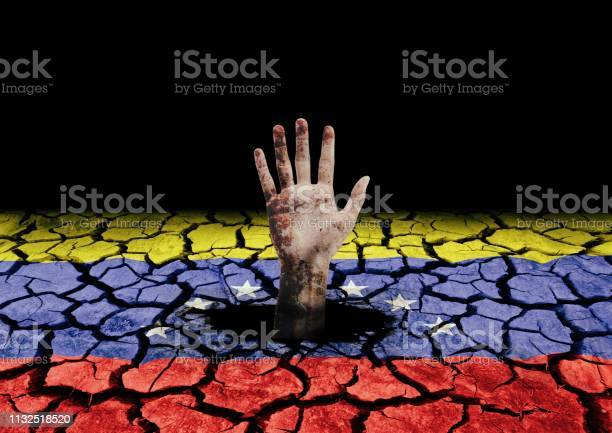 Once an oil-rich country, Venezuela officially the Bolivarian Republic of Venezuela is a country on the northern coast of South America that has seen economic failure in the last few decades. In the year 1922, Royal Dutch Shell geologists struck oil at La Rosa, a field in the Maracaibo Basin. The initial production was one hundred thousand barrels per day. Soon more than one hundred foreign companies gathered in Venezuela backed by dictator General Juan Vicente Gomez. Annual production exploded contributing to ninety percent of the country’s exports rapidly blooming Venezuela’s currency “Bolivar”. The Hydrocarbons Law was enacted in the 1940s asking foreign companies to give half of their oil profits to the state leading to an increase in income six times within five years.

Venezuela elected its first democratic government after years of military dictatorship. To stabilize democracy, it ensured that oil profits would be concentrated in the state. In 1960 the then oil-rich country joined Iran, Kuwait, Iraq and Saudi Arabia as a founding member of the OPEC in the 1960s. The Yom Kippur war multiplied oil prices and made Venezuela the country with the highest per capita income in Latin America. Income from oil remained concentrated thereby giving rise to corruption. During the period 1972 to 1997, it is estimated that $100 billion was embezzled. The oil officials would frequently misuse government money that was intended to go towards investment in oil production. The overabundance of oil in the 1980s severely affected Venezuela’s economy and inflation soared. Failing oil prices squeezed the country’s finances and was subsequently hampered by massive foreign debt by purchasing foreign refineries.

In 1998 when Chavez was elected president, he pledged to use Venezuela’s vast oil wealth to reduce poverty and inequality. He took around the inefficiencies in the state’s oil company and started setting quotas for the company making it hard on corruption. Poverty was cut by 20%, however, Chavez’s fiscal policies caused a steady decline in the country’s oil production which peaked in the early 2002s.

Dutch disease hit Venezuela hard. It is a term used to describe the impacts of poorly handled oil and resource wealth that can have on an economy. When an oil-rich country starts exporting oil, its currency shoots up in value because people need to purchase in the same value currency to purchase its oil. However, artificially stronger currency causes issues in the economy. It was cheap for Venezuelans to import foreign cars and food because their dollar increased in value. Due to the sudden rise, the local industries started to suffer because it was cheaper to import than to buy locally. These further damaged local industries as they had to compete with cheaper foreign competitors. It began to worsen when exports weren’t possible as the currency value of their goods was artificially more expensive and less competitive on the global market. Local industries starved of workers and investment in labor was redirected toward a more profitable oil industry. The government didn’t form strategies to diversify the economy by re-inventing themselves thereby ignoring sustainable industry.

In 2008 all export industries apart from oil had collapsed. The then government gave away cash to people to make the problems go away. At this point, the citizens quit their job spent all of the money, and mortgaged the home they bought with their winning to buy more lottery. The country lost most of its private businesses as all those that stood privatized were nationalized. The country began to nationalize very big heavy assets like the electricity sector, the oil sector, telecommunication sector which in turn destroyed the production capacity of the country. As oil prices went up Venezuela spent it all. No money was set aside in an autonomous wealth fund assuming they have money in case things go down. By 2012, oil accounted for 95% of Venezuela’s exports. Prices were spiraling at $ 100 per barrel. In March 2013, Chavez died of cancer and Nicolas Maduro took over the presidency in April 2013.

However, the crashing of oil prices in the year 2014 led to severe debt and the country did not have enough dollars to buy the food and medicine imports and all other imports that it was buying previously. The scarcity started to begin as basic necessities disappeared. To cover up the losses the poorly managed government started printing notes causing massive inflation in the currency. The ongoing protests and government restrictions led to serious causes on a global stage. The total foreign debt of the Bolivian country is about $150 Bn. Even though Venezuela seeks to renegotiate with bond holders the trade sanctions being imposed by major trading partners like the United States, EU and UK make it difficult for it to roll over its debts. The collapse of economic activity started to worsen in 2015 and then went down in 2016 and 2017.