The first battle will kick off in France 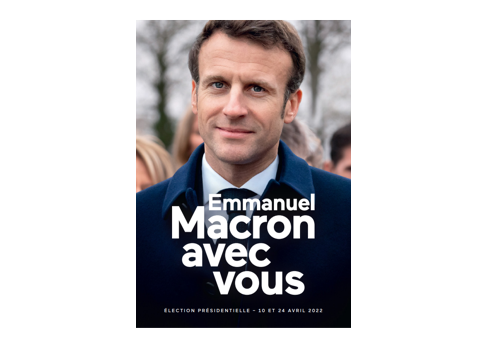 France is about to welcome a new leader. The French presidential election 2022 is approaching in April, with two-round elections in France. However, only the first-round election could be done without the second if a candidate crosses the 50% vote threshold in the first round.

The first round will kick off on the 10th of April when the top two winners are selected. Two weeks later, those two candidates will compete again in a run-off on the 24th of April, in which the winner will be the next French president for the next five years.

The French populace has a huge stake in this election whether Emmanuel Macron, the incumbent, the president will take over the second term or a new face appears in the French political scene. Macron became the youngest president ever in France at the age of 39, winning the election in 2017 with 66.1% of the vote. Now, he jumped to the re-election bid to continue his role.

The recent poll indicates that not only mediocre opposition, goodish economic news with the decline of Covid, but also diplomatic efforts to handle the Ukraine crisis as a mediator had boosted his ratings for the next election.

However, he faced the challenges of being accused by his opponents of being lax on immigration, soft on crime, and slow to defend French culture. He is also criticized as a ‘president of the rich and being disconnected from daily hardships.

Despite the wave of discontent over his leadership, voter surveys predict his winning in the upcoming elections. The poll shows that he would comfortably sit in the first-round polls; and has a high chance of winning the second-round runoff against any of his opponents.

But it’s yet difficult to say his victory since the French election is known as a notoriously unpredictable bid in history. Many voters are uncertain who they will vote for, and this 40% undecided rate makes the election unpredictable. Moreover, Covid and the war in Ukraine had made it difficult to forecast the outcome at the current moment.

We could see the French voter’s choice within a couple of weeks.