The ghost cities of China and why an economic crash is expected? 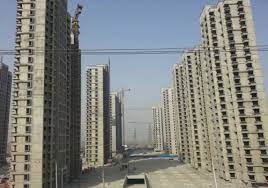 The ant that stores and stores

Imagine magnificent villas, opulent holiday houses, high rise apartment blocks, fully furnished parks and beautiful lakes, sounds good so far? Now remove all humans from these and there you have the picture of virtually any Chinese Ghost city. Envisaged for populations of hundreds or thousands, these mass construction projects include condominiums, shopping centres and street lights designed like those of European cities. In the words of Dinny McMahon, author of "China's Great Wall of Debt", "Local governments around the country try to juice and stimulate their economies by building more infrastructure and stimulating the property market." This practice was driven by the debt splurge post-global financial crisis. The construction of these real estate showpieces was commissioned to both state-owned funds and private companies. These directions are not questioned as private property investors (construction) believe in the capacity of the Chinese property market to escalate. China's housing vacancy rate, like most of its data, is shrouded but according to international sources, it is around 64.5 million. This number is the number of houses that did not use electricity for six consecutive months in 2010, as told by the State Grid Corporation of China. After more than a decade, seeing China's tremendous GDP increase, it might be much more. Some also share the opinion of the book "Ghost cities of China" author in the fact that ghost cities are just an uninhabited phase. Many cities which are now normal by all standards were considered good cities in 2000. Such construction has engulfed many countries in their quest for expansion throughout history, China just seems to have a larger scale. Unlike cities where population frequently outgrows existing infrastructure, with problems like traffic jams, parking space and cramped up accommodation with the fragmentation of units, China takes a different route. The best analogy for this was given by a Chinese mayor who said it was like, "buying a suit a few sizes too big for a growing boy"

Why do they not work out?

The probability of a ghost city becoming inhabited or not depends on its ability to create jobs and industrial growth. For instance, Zhengdong was considered a ghost city until 2016, now most of its apartments are occupied. But Zhendong is in Zhengzhou, the capital city of Central China's Henan province. The Chinese Communist Government offered incentives to Foxconn, the Taiwanese maker of Apple's iPhones to establish a factory in town. With the kind of business laws China has, it might not have taken much for persuasion either. The factory employed 200,000 people and the workers filled the city in no time. The ghost city was wailing in the evening and enjoying a sunny vacation the next day. The issue is that all cities do not have the pull of Zhengzhou and with no government thrust, their existence is doomed. Naturally, a person who has a satisfactory job at a particular place would not move to a different city for the sake of it. Working opportunities are the first requirement of a migrant which ghost cities fail to fulfil. Another such city, JingJin New City, a luxury resort town, has a ray of hope in the recent railway line. New regulations have now restricted the purchase of property to residents, shutting out the rich and ambitious buyers of Beijing who make up 70% of the buyers. This was done to stop puppet ownership of estates, as there is a growing trend among private investors to buy these properties and hoard them until their value increases. Currently, due to the construction of these places, the Chinese economy has accumulated huge debt in the interest of these 'assets.' Experts suggest moving up the value chain into technologically advanced industries as a possible move.

The total and per capita GDP of China is not the highest but still, it has overtaken the USA in terms of Overall National Wealth according to the McKinsey Report. This is because GDP can be increased in many non-productive ways by services ( in fast food joints, salons, cabs, hospitals, theatres) which cannot be counted as an asset. Industrial contribution determines the larger share of overall wealth, the contribution of this sector in China last year was 37.82% while in the USA it was 18.15%. Hence China superseded the US, but what measures did it undertake to ensure this? They blew a giant real estate bubble by overspeculating the prices. Disposition to counter the strict state capitalism of the central government which had set a utopian target of GDP growth in their local units. The easiest way to show a rise in GDP is construction, so they embarked upon their task and as a consequence created real estate inflation. The middle-class Chinese man did not fit in this scheme and does not possess the money to buy these properties. This is the real reason for the abandonment of these lifeless towns and the unsteady stilts holding China's label of "The Richest Country in the World."

The wind in direction of the house of cards

Real estate companies took enormous loans from banks to fund the construction of these apartments and combined with the interest rate and profit, set these high prices. If they fail to secure ownership of their properties soon, they will face bankruptcy. The overall debt of the real estate companies in China has reached $5 trillion and the largest private real estate company in China, Evergrande, is in crisis. This company owns 1.6 million apartments in these ghost cities and is facing uncertainties for repaying the loans of $300 billion. In September the share prices of the company fell 80% and its credit bonds were downgraded by the credit rating agencies. The last option for these companies is government aid and renewed policies. Xi Jinping led CCP carried out major regulatory crackdowns to fight back, the primary one being 3 Red Lines. It has 3 conditions, one being that the net debt of a company should not be more than the overall equity of the company. Common people are troubled because of the prices and even taking a loan is not a fool-proof option because in Chinese law only 60% of the total amount of the house can be loaned. So a downpayment of at least 40% is necessary and it is proving to be a tough task for almost every salaried employee.

The fertility rate of China has lowered due to this with many families preferring not to have children so the average age of the country is rising. The government has now introduced the 3-child policy but it is not popular with their citizens. The government is also considering a new property tax system in which first time buyers of residential buildings would not be taxed. These policies might be effective in the short run but looking at the wider perspective, this instability of the Chinese government needs to be replaced for a balanced scheme aiming at the reduction of the gap between haves and have-nots and sustainable business policies.