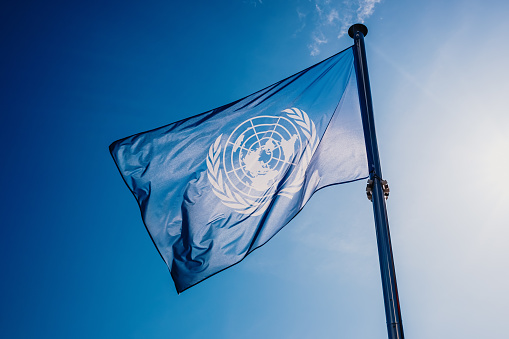 India viewed the UN not just as an International organization but as a guardian watching over the world. The UN became a voice of new nations, especially those with a history of struggle against colonialism. India was among the fifty countries to sign the UN charter and became a founding member of the UN before its independence. What role has India played since 1945?

The UN was created to maintain global peace and solidarity so that another world war doesn’t occur. There has been a shift in the UN's goal from being a peacemaker to being a global watchdog. India was the first country which spoke about apartheid and racial discrimination in South Africa and raised the issue in the UN in 1946. It is a true statement of white man’s burden but not paying attention to their misdeeds.

The UN turned 75 this year to focus on the sustainable development goals and the ongoing Coronavirus. It is a fact that the UN needs to legitimize its role in the current world politics; its representation has moved to a few countries, with red tape and domination of western countries in the UN bureaucracy. Recently, on the 75th anniversary of the UN, Indian's Prime Minister Narendra Modi spoke about the role India has played in the global world order, whether it’s medical assistance, humanitarian assistance, or socio-economic growth. India has always maintained and followed the UN's core principles, not just in Asia but also globally.

PM Modi specifically mentioned why the UN needs reforms and multilateralism in the 21st century. India has taken a new route from coal and petroleum to natural resources; the international solar alliance and pledge to eliminate single-use plastic by 2022 has taken India to a new sustainable development path, adhering to the UN's climate action program. Due to India’s commitment towards the fight against global warming with the 175GW renewable energy plan, the UN has conferred PM Modi with the UNs highest environment award, the champions of the earth.

The UN peacekeeping force was founded in May 1948 to help countries torn by conflict and create conditions for peace. India has provided more than 2 lakh military and police officers to the UN peacekeeping force in more than 50 missions, starting from the 1950 Korean War. India has lost the highest number of peacekeepers in various UN operations. Indian peacekeepers in South Sudan received the UN medal for their extraordinary service in the rugged terrain, proving India's commitment to peace.

Experts worldwide believed that India's pulse polio program would fail, but she proved the world wrong. India, with its vast population, delivered results. On 27th March 2014, the World Health Organization declared India Polio free with no new cases reported for five years. We can learn from the Polio program that India's pharma industry is capable enough, not just to produce and manufacture a vaccine for the country but the entire world as well. Indian pharmaceutical companies' collaboration with Oxford's AstraZeneca is one such example. India's Covid Maitri is an example of vaccine delivery. According to the Ministry of External Affairs, India had delivered 64.5 million Covax doses to more than 90 countries. WHO has praised India for its Covid Maitri to the world. South Africa and India have a proposal to waive off patency on the Covid-19 vaccine.

India stands with the UN

Is the UN in jeopardy? Developed nations are doubting the credibility of the UN, starting from WHOs Covid handling and The US's backing off from Paris Climate Agreement and its exit from the WHO. It is a matter of grave concern, but India has been with the UN during its tumultuous times, reminding the world why we need the UN. We cannot forget because of the UN; the Cold War never turned into a world war. The UN's quick action to tackle global warming with the Kyoto Protocol and effort needs to be taken by developed nations to curb their carbon footprint and assist developing countries to fight climate change. The UN's disarmament treaty is still relevant to put a stop to weapons of mass destruction. India has proved to the world the relevance of the UN. India's Swachh Bharat Mission which was launched in 2014 to stop open defecation and install toilets in every household, is one of the most successful policies under the Modi government, with acknowledgement from the UN. Since the Paris Accord 2015, India has cut carbon emissions to groundbreaking levels and is the only country under the Paris carbon emissions level. India has taken a stand on tackling climate change.

India has partnered with the UN Women since its inception to address gender equality in global control. India's voluntary contribution crossed US$8 million. Mrs. Vijaya Lakshmi Pandit became the first woman to be elected the president of the UN General Assembly and became the voice of women across the globe. Mrs. Hansa Mehta represented India in the Nuclear Subcommittee on the status of women in 1946. She has been credited to gender-inclusive language, from ‘'All men are equal, to ‘All human beings are equal''.

India officially began its two-year term as a non-permanent member of the United Nations Security Council on 1 January 2021. External Affairs Minister S. Jaishankar had quoted that India will focus on counter-terrorism and strive to achieve a 'concrete and result-oriented action at the UNSC for an effective response to international terrorism.

India, after 75 years, continues to make its contribution bringing in national laws with international obligation. India is committed to the Paris agreement on climate change under the United Nations Framework Convention on Climate Change and accepted the Doha Agreement of the Kyoto Protocol. India has also enacted 20 new acts; Ranging from legislation on mental health, rights of persons with disabilities to the fight against terrorism. Question of whether India deserves a permanent seat in the UNSC is long due? I cannot emphasize enough. If not India, then who?

She Almost Killed My Children !!

Govt. urges 8 States and UTs to ensure Containment Measures Immediately for the Delta Plus Variant