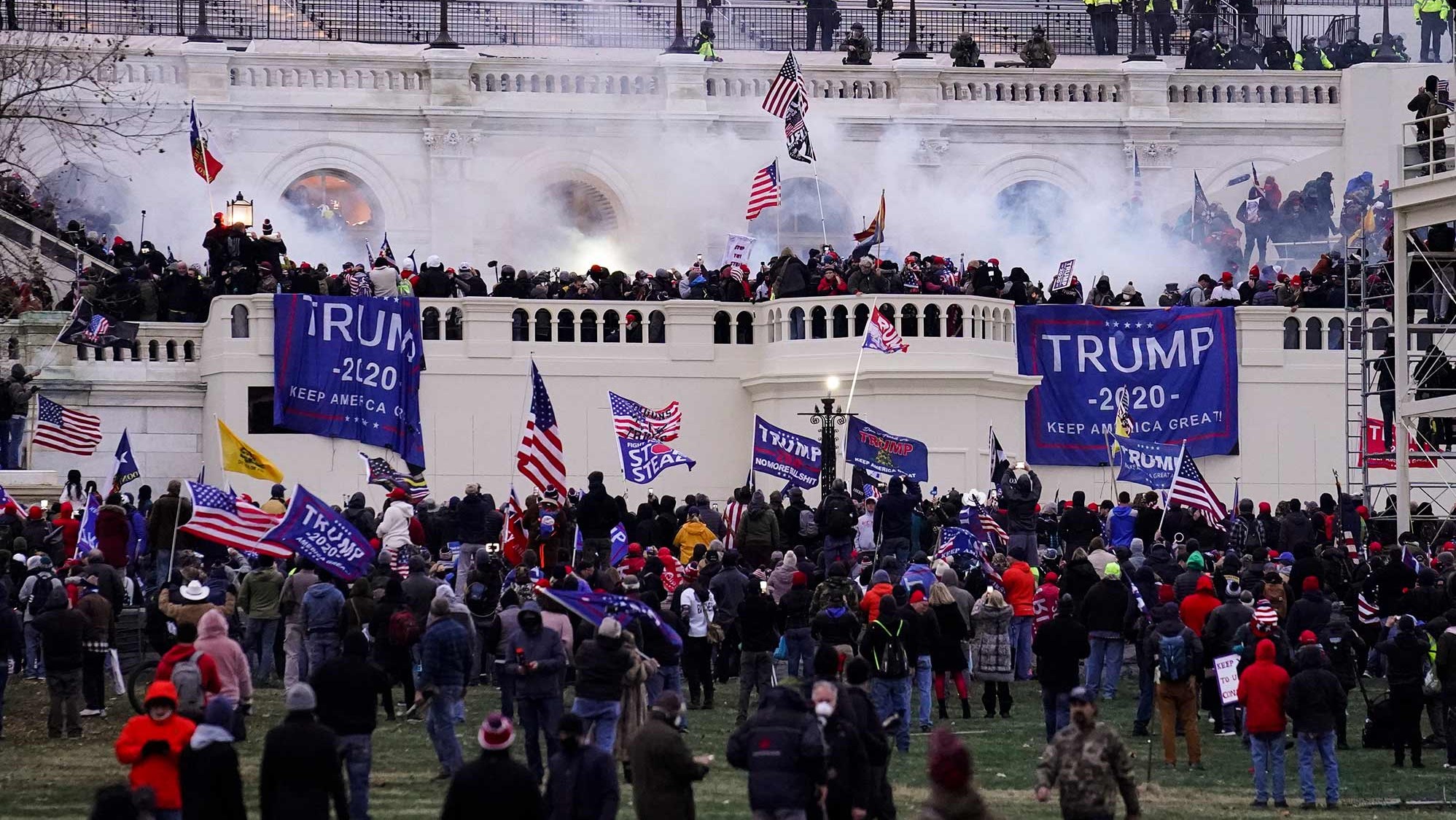 People across the world stood frozen in their tracks once they learned the US Capitol Building, one of the many symbols of the self-proclaimed greatest democracy in the world, was penetrated by groups of disgruntled Americans. Said citizens were misled into believing the 2020 election was stolen, citing viral conspiracy theories as well as suspicions put forth by members of the Republican party. A year and five months have passed and several congressional representatives brought forth startling information about enabling events leading up to the Capitol insurrection, with much of the evidence further implicating former President Donald Trump and his subordinates.

Vice-Chair Representative Liz Cheney (R) and her peers took to the podium and the television screens alike to carefully relay an accurate timeline of events leading up to and following the Capitol riot. Furthermore, members of Trump’s team such as former Attorney General William Barr and his reelection campaign advisor Jason Miller corroborated claims that Trump was “detached from reality” once faced with the results of the election. Claims that the Dominion voting machines were compromised in favor of President Biden were refuted as “baseless” by Rep. Cheney herself, with some claiming that Trump’s big lie compromised the security of elections following 2020. Not only has the Department of Homeland Security confirmed the Dominion voting machines could not have been exploited to overturn an election, even with the flaws detected. Nonetheless, election fraud claims have served as the foundation of current senate races. From Pennsylvania to Arizona, it is not uncommon to have a candidate or two running for local, state, and federal positions while promoting the big lie.

Given that they are propelled to prestige by a built-in voter base, conservative candidates do not have to persuade potential voters by relaying accurate information, setting up a dangerous precedent for future elections. Representatives such as Lauren Boebert and Marjorie Taylor Greene levied support for the big lie, amongst other far-right conspiracy theories, in their favor, of getting elected into the House. Political commentators have questioned the stability of the Republican party, speculating that the GOP would splinter and thus lose seats in the House and the Senate. However, discussions surrounding the GOP after the 2020 election failed to acknowledge that Republicans are more than comfortable with appealing to far-right ideologies. Whether it be the birtherism conversation or QAnon conspiracies, Republican candidates have a long history of entertaining far-right conspiracies in exchange for social currency as well as a successful congressional campaign.

Social media revolutionized the digestion of information, pulling users into one direction or the other and toying with their allegiances and their biases. Reflecting a polarized reality, many social media users are susceptible to disinformation, misinformation, and propaganda from various governments, political factions, organizations, and fringe movements. Many still view the internet today as a myriad of worlds sectioned off by artificial borders rather than a large ecosystem where a disturbance in one pocket of the internet causes rippling effects in other sanctums of the internet as well as the real world.

The Capitol insurrection is a testament to how interconnected internet spaces truly are with the outside world. The efficiency of extremist groups congregating on sites like 4Chan and Reddit allows for far-right, religious fundamentalist, and other extremist groups to organize and spread their vitriol all over the internet, radicalizing impressionable children and disgruntled adults alike. With recent discussions around accountability and shaming, viral tweets condemning these groups may warn people of impending danger but also attract potential members. In such a conundrum, privileged politicians are willing to sympathize with these online movements, thus creating a dependable voter base.

With this voter base, we have seen candidates gain power in Congress and introduce laws restricting abortion, banning books from schools, and crafting curriculum that excludes the history of marginalized Americans. The various controversial proposals have existed before the Capitol insurrection and will persist beyond it. However, that does not mean we should write January 6 as a one-off event but a culmination of controversial debates. In a heated climate, the insurrection also represents a new beginning. A time when Americans fall prey to bad faith arguments from both mainstream and social media and thus, feel pressured to choose a side in recent culture wars where morality is the latest social currency. As midterms go underway, we will not only see the rhetoric that inspired the insurrection in the speeches of candidates but also how the American voting population selects their representatives. Be mindful of the media being consumed and be proactive in discovering the truth. Not only will it inform readers about the motivations of politicians across the aisle but it also requires Americans to investigate their internal biases and act accordingly within their familiar circles and in the voting booth.