The Moon, Jupiter, Mars, and the stars 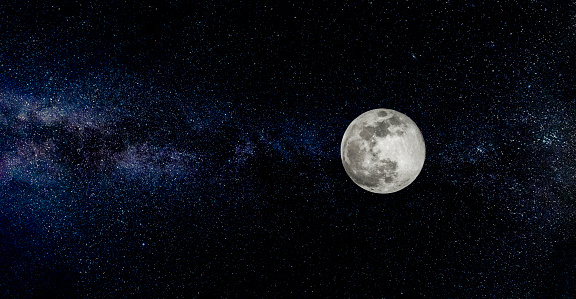 The celestial gas giant, Jupiter, has been prominent in this sky for the past few weeks from parts of the UK.

At the end of September, it was said that Jupiter was coming the closest to Earth since 59 years ago.

It has been the brightest “star” in the November evening sky.

Jupiter has been distinctly visible since it coincided with the event called ‘opposition’ where planets appear at their most significant and brightest.

This means that a planet is on the opposite side of Earth from the Sun.

Essentially you could draw a straight line of alignment from the sun to Earth in the middle and then to Jupiter.

Jupiter is coming closer to Earth than it has since 1963 due to both the Earth and Jupiter's differing orbits around the sun.

On Monday, 26 September, NASA said Jupiter was about 367 million miles away from Earth.

At its furthest away from Earth, it is approximately 600 million miles away.

As a result, the views have been ethereal.

The next time Jupiter will be this close to Earth will be in 2129.

The article quotes a NASA astrophysicist at the Marshall Space Flight Center in Huntsville, Alabama. Alphonse Sterling says: "Jupiter is so bright and brilliant that a lovely thing about it is even in a city, in the middle of a shining city, you can see it.

"So I would say that it's a good thing to take advantage of and to look at no matter where you're at." 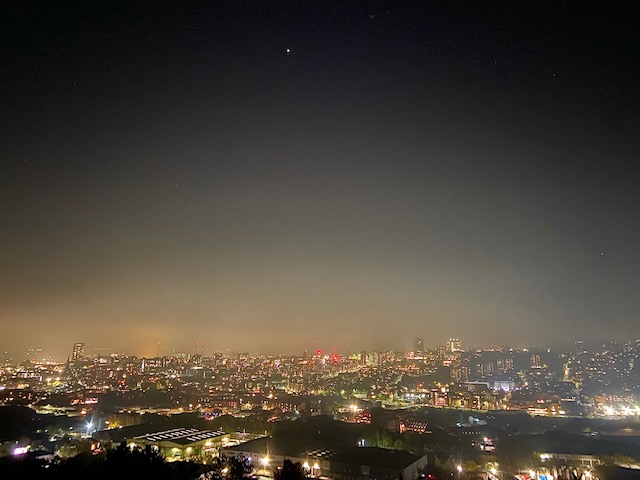 The eclipse could be viewed across North and South America, Asia, and Australia, where people woke up early and stayed up late to see the moon slip on its rare, deep shade of red. Unfortunately, the eclipse was not visible in the UK.

A lunar eclipse happens when the sun, Earth, and moon align. During a total or full lunar eclipse, the moon falls entirely in the Earth's shadow.

This is where the moon earns its name of “blood moon,” as during a lunar eclipse, what little sunlight is left, passes through the Earth’s atmosphere to reach the moon.

Depending on the atmospheric conditions, the redder the moon appears with air pollution, dust and smoke levels.

According to NASA, total lunar eclipses occur approximately once every year and a half, but the next full lunar eclipse will not happen for three years.

NASA says, "It's as if all the world's sunrises and sunsets are projected onto the Moon.”

This week, Mars has been prominent on the upper right side of the moon. You can’t miss its distinct fiery-orange glow amongst thousands of tiny white flickers. The Sky and Telescope site says Mars will be around its closest approach to Earth on 1 December and its opposition comes on the night of 7-8 December. This means Earth will pass between Mars and the sun, making Mars appear its brightest and clearest on these nights. 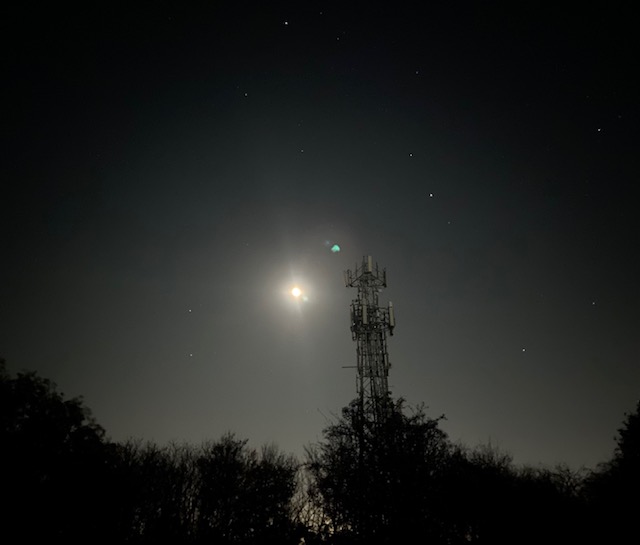 Mars to the top right of the moon

NASA described the retrograde motion of Mars as over the next three months from November to late January; it moves towards the west each night. Then at the end of January, it reverses direction on an eastward journey.

The ‘jewel of the solar system,’ Saturn, is high in the sky after sunset and has been visible alongside Jupiter in October.

The two gas giants compete, but Saturn's display of rings sets it aside. It is the second largest in our solar system after Jupiter and is often referenced as ‘the father of Jupiter.’

Saturn is the furthesr planet from the Earth discovered by the naked eye. In November, watch for the golden celestial from sunset until it sets around 11 pm.

After sunset on 28 and 29 November 2022, a crescent moon is said to hang low in the south, with the beautiful ringed planet, Saturn burning bright by the moon on both nights.

Venus and Mercury are not visible from the Earth in November as Venus is behind the sun in orbit and is hidden by the sun’s glare. Mercury is said to have been lost in the morning light and, since 8 November, has also gone behind the sun, according to EarthSky.

There have been many clear nights in November where you can spot your favorite constellations, such as the big dipper, the little dipper, the hunter, the archer, the bull, etc. Keep a look out for the planets, the stars and constellations.

“Silently, one by one, in the infinite meadows of heaven,

Blossomed the lovely stars, the forget-me-nots of the angels.”

Stars, I have seen them fall,

But when they drop and die

No star is lost at all

From all the star-sown sky.

The toil of all that be

Helps not the primal fault;

It rains into the sea,

And still the sea is salt.