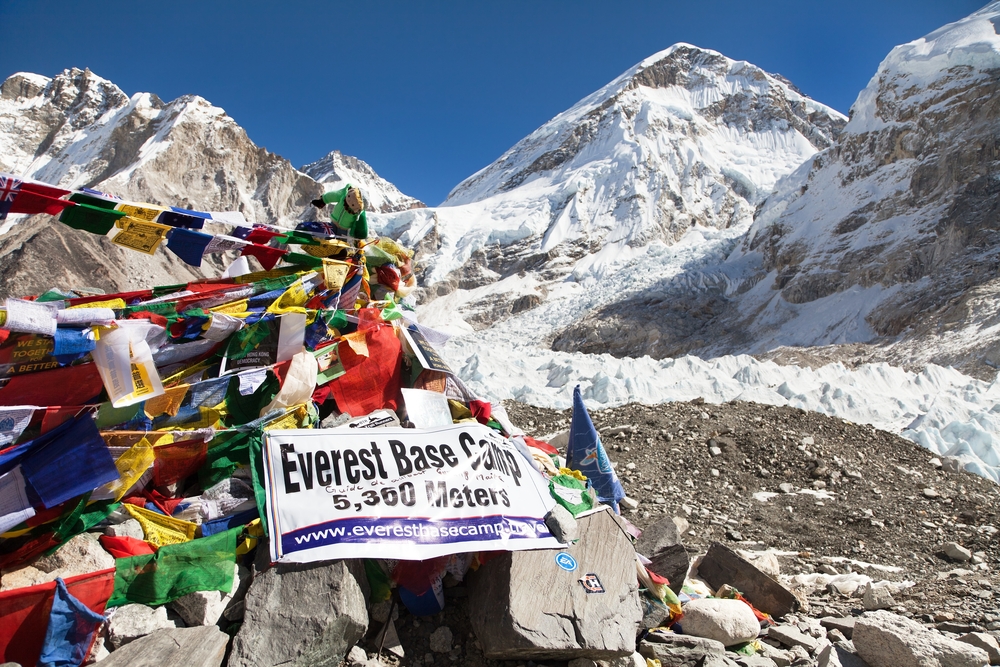 Global warming caused by human activity is making the current location of the base camp of Mount Everest unsafe, and the Nepal government is highly contemplating shifting the base camp, a senior official said on Friday.

Everest is on the China and Nepal border, including the base camp. There are a total of five camps on Everest. The current base camp of Mount Everest is in the Khumbu glacier situated at an altitude of 5,364 metres. Every climbing season, over 1,500 people gather in the Mount Everest base camp. Each climbing season climbers and guides spend nearly two months on Everest slopes. Mountaineers climb Everest from both the sides. Due to the rapidly thinning glacier owing to the impact of global warming, unfortunately this place is becoming unsafe for mountaineers.

Several researches have conducted and warned that the glaciers are thinning at an alarming rate, including those close to the Everest summit. As the 2,000-year-old ice cap on the world's tallest mountain is thinning, according to the researchers in Nepal, by the middle of this century the highest glaciers on the top of Mt. Everest could disappear.

The International Centre for Integrated Mountain Development (ICIMOD) had said that since the late 1990s, Everest has been steadily losing ice, citing a latest research report.

The impact of heedless human activity causing climate change is showing on the surface of Everest. Now, Nepal is deciding to shift the base camp of Mount Everest as the Khumbu glacier is rapidly melting. The glacial thinning makes it difficult for climbers, and the government panel has recommended shifting the base camp.

During an informal meeting of Nepal's tourism department, director Surya Prasad Upadhyaya said that the officials have discussed shifting the base camp of Mt Everest, the world's highest peak from the present location.

The new location has not been identified and has not yet been decided. Director Surya Prasad Upadhyaya said that the matter just came up during an informal discussion during a meeting of the department. It will be finalised after discussing with local communities.

Himalaya's glaciers make a significant contribution to water resources for drinking, irrigation, and other uses. Directly or indirectly it is essential for millions of people in South Asia countries with water, energy, and income. It is the headwaters of several of Asia's great river systems, including the Ganges-Brahmaputra, Indus, Mekong, Yangtze, and Yellow rivers. Hence, the melting away of glaciers will affect millions of lives, as will the other detrimental effects of climate change.