The Not-So-Smooth Relations Between Japan And Korea ! 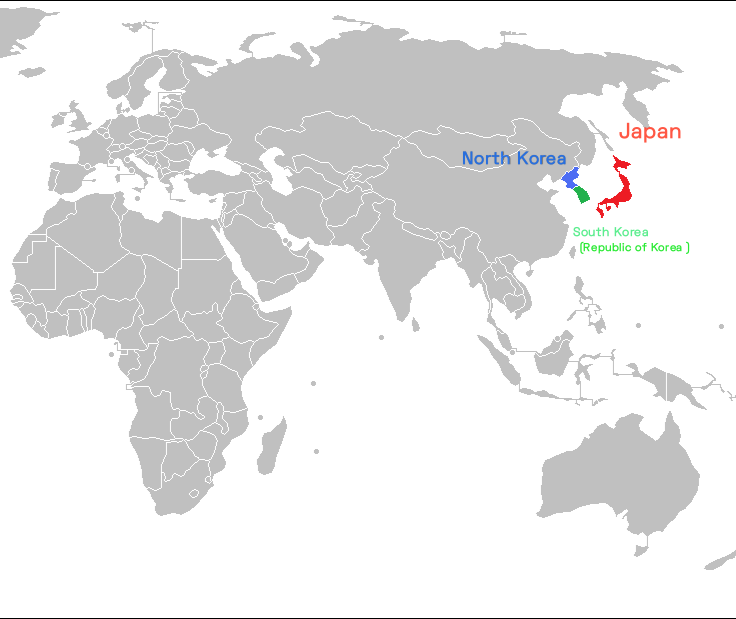 Japan holds a strong juxtaposing attitude (even at present) from colonial times. Japan is illustrated as a remorseless colonial foe in South Korea, Vietnam, and Manchuria (also the other territories it covered)  which gives rise to a prudent attitude of South Koreans towards their long-lost culture and nation. They acknowledge maintaining the records of the past. However, the Japanese side strives to avert this past and nurture South Korea(ns) as ideal and terrible, for hanging on it.

Focusing on the brief ancient background of Korea and Japan, Korea contrarily was comprehended as “The Hermit Kingdom” (and was targeted by Japan.)

Korea was colonized by Japan from the period 1910-1945, even after the Korea -Japan Treaty of 1905, which was known as the Eulsa Treaty  or Japan-Korea Protectorate Treaty. Considering the annexation of the Korean Empire into the Empire of Japan. The emblems Joseon Korea (the last Korean empire) fell into the Japanese realm and thereafter, Japan ruled Korea, indirectly through the Japanese Resident General of Korea in the territory of Korea. In 1910, Japan officially annexed Korea but without the consent of the preceding Emperor of Korea, Gojong, who is also the regent of Emperor Sunjong. (Japan also announced Korean territory to be internationally known as 'Chosen').

After the 1930s, the Korean population was encouraged with the intent of patriotism and democracy. Several communities and scholars executed researches on Korean cultures and traditions. Novels and poems in informal expressions were appreciated by the new vogue with the zest of improving integrity. Whereas Korea also incurred a loss of cultural, lingual, and religious coercion by Japanese rule, which is said to have destroyed pure Korean Culture.

By the late 1930s, Japan was commencing to line up for war involving Syndicalism. Japan began to intimidate Korean people to work in factories and mines. A mass of Korean women were taken to military brothels to provide aid to Japanese soldiers. The victims were recognized as "comfort women". Many forceful soldiers were enlisted.

One illustration of Colonisation ( by imposing hard power) is the colonial rule of Japan over Korea. Japan was a surging nation in East Asia during the 18th century. The growth of Japan was very abrupt while it expanded with laissez-faire and started capturing other nations for resources during the 19th century.One such resource hub for Japan was Korea (a neighbor of Japan). They both share the boundary of the middle east sea. Both the nations have stridden to renovate themselves with time, while they are one of the most influential nations of the globe at the present juncture.

Mass Korean citizens /identities were demolished during Japanisation through means of government takeover, social abuse, economic restrictions, and inducing a political splits and surplus crucial aspects, that yet scars the relation of Japan and the Republic of Korea.

We will further comprehend the influence of Japan/Japanisation in Korea (especially South Korea) in virtue of Soft Power and relations.

The territory of the Republic of Korea was now torn into North and South Korea being segregated by the 38th parallel, one of the world's massive military combat in DMZ. The sovereign countries with their separate dogmas - North Korea being communist and South Korea being capitalist. Historians perplex the modern form of capitalism with the essence of 'colonial capitalism' but presently South Korea is juxtaposing as Socio- Capitalist. Japanese justified the Colonial Rule in Korea with an attitude that they also deserve to possess such territories with rich resources, for some of the territories Japan conquered, had no real justification.

1. At present times, South Korea and Japan have remedied neighborhoods. They have had reached an agreement to open up a policy of accepting each other's culture openly.

2. After the Asian financial crisis in 1997, South Korea withdrew from state capitalism and initiated free-market capitalism, where culture, entertainment, and many significant developments had played a huge role in crafting South Korea as a global interest and a part of East Asia.

3. South Korea is said to have recognized and esteemed Koreans Human Rights, which was not there during Japanimation.

4. South Korea is a contemporary cultural and moderately priced Asian nation and a center of interest in tourism with a diverse number of sceneries and recreations for its somewhat neat geographical size. One can experience large cities, rural/ calm agricultural countryside, magnificent mountains, unique national parks/wildlife attractions, and relaxing beaches. The modern- western luxuries are all around, and at a cheaper tariff than that of Japan, Europe, or North America.

5. South Korea is a country where several religions prevail successively and people also can follow no religion. One of the famous historical religions is shamanism (religious belief in gods, demons, and ancestral spirits responsive to a priest or shaman) However, Buddhism, Daoism, and Confucianism existed and none of them were abandoned.

1. The concurrent bilateral relationship is clenched by consistent antagonism and invective past relations. Certainly, obeying the beginning of Japan-ROK (South Korea) dispute relations are widely contemplated to be at their thinnest sense since normalization in 1965.

3. Counterattack - Seoul then declared openly that it had enacted to end both the country's intelligence-sharing pact because of the Japanese consequence. It is said that it has resulted in a "grave change " in security cooperation between Japan and ROK.

4. Devastating Conservatism: Koreans who still recollect their past experiences / hierarchical grudges continue to exhibit/express negative sentiments towards Japanese people but the younger generation appears to be more tolerant.

5.There are several differences between both countries in terms of policies, strategies, cultures, languages, and geopolitical attractions.

We can certainly relate the colonization of the Republic of Korea (by Japan) - with a simple board game called - business board game.Assume one player as Japan and the other player as the Allied forces (USA and USSR). When one player starts to win the other follows in its footsteps and each of them tries to capture more territories/sources. The game also has zones like prisons and rules like you cannot enter other territories, similarly, Japan wanted to advance like Allied forces in the world and captured territories (colonized) based on resources with its hard power. However, during 1945, on one side of the coin, we can follow that the Allied forces of the USSR and USA compelled Japan to surrender.  However, the impact of Japanese rule / Japanisation in Korea has demolished portions of Korean presence from historical times and left massive liability - deep emotional scars to the Korean population, which is recollected by the population even today.The Korean people are a tangible deliberation of how people can heal despite past struggles, grudges, and hardships. The relations of Japan and ROK are deciphered on the grounds of soft diplomacy/power while there are many aspects like technical, scientific, economic, etc, on a path of normalization irrespective of Korea's horrid history, while there are always good and bad days in a relationship. Similarly, both the countries can prosper together by modifying with contemporary strategies like globalization, international and regional institutions, alliance meetings, etc.