The Palace in the Sky 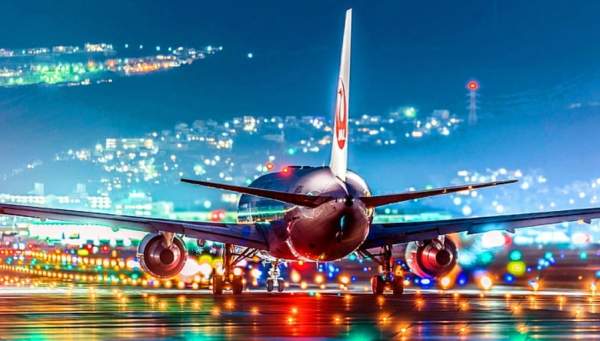 The government of India has announced that the Air India flight was at a loss of 70,820 crores, which was an unimaginable loss for the government to handle. As a hero’s re-entry, Ratan Tata bought it for 18,000 crores, which also seems to be unbelievable.

Air India was a flight that was run by the government and faced a loss. It was not the government officials’ loss. It is the loss of the people. Our money had been squandered.

Ratan Tata celebrates buying Air India as an unforgettable moment. Everyone wonders how Tata lost Air India to the government and how he regained it back.

Jehangir Ratanji Dadabhoy Tata was the founder of Air India. He was an Indian aviator, industrialist, entrepreneur, and chairman of the Tata Group. He was the mentor of Ratan Tata.

An air of India:

In October 1932, the first flights of Air India started from Karachi to Mumbai and from Mumbai to Madras. It was a split airway.

When the whole world looked down on India and commented, "What good thing could come out of India?" J.R.D. wants to present extravagant gifts that would have a global influence.

Air India was the slowest air flight in India, but the inflight services mesmerised the whole world as Tata dreamed.

The inflight service was given in a luxurious way. The attendants served the passengers with luxurious service. The timing has been followed punctually. Flights take-off and landing times would always be punctual. Tata gave the most luxurious air flight in the whole world. Even foreigners preferred Air India for their travels.

When the nation looked down on India and criticised it, nothing good would come out of India. J.R.D. Tata broke all the rules and lifted everyone's spirits in order for India to shine brightly.

He was not the founder of Air India alone. He also maintained it as his own vehicle. He was keen and mindful of his flight. He randomly gets into one of his flights and inspects its maintenance. Even if he sees a speck of dust in a corner, he wipes it with his own handkerchief. J.R.D. Tata took a keen interest in the design, from the napkins to the hangings on the walls. He made certain that everything was done to his liking. He was called a perfectionist in his work. Those days were considered to be the golden days of Air India.

A Palace in the Sky:

In 1971, Air India started its iconic Maharaja lounges on the upper deck of the flight, where passengers were treated as royals. With the help of the art department of Air India, they designed the interior and cabins of the flight. It was the most luxurious cabin in the sky.

The bar in the first-class section of the first Air India flight is called Emperor Ashoka. Passengers were served alcohol, and for entertainment, magazines were provided.

Chef Jiggs Kalra had prepared food for those passengers. It was based on the Indian menu for the four seasons: spring, summer, autumn, and winter.

Even their flight was named "Palace in the Sky" or "Floating Palace". Because whoever enters will be treated as if they are kings and queens. The whole world’s airways took their inspiration from Air India. It was at its peak during that time.

When everything was in order and high, suddenly Tata received a shocking message from the government. Nehru announced that all Indian airways would be taken over by the government. This changed the whole story of Air India's upside-down take-off.

From the perspective of India, it was a great investment. There was no other way for J.R.D. Tata to defend his flights. They had to submit all their bloodshed work to the government. They were pushed to submit it because it was announced by the government.

In 1953, it was nationalised and tickets for airways were issued by the government alone. Aviation became a government dependency. Air India flights were smooth sailing for four decades, from 1953 to 1990.In the meantime, passengers were not treated rightly and flights were not maintained in a good manner. In 1994 and 1995, new private flight owners started entering and reducing the flight tickets from the fixed amount set by the government. Passengers' travel plans on those flights were altered as a result of the new arrival of private flights. People started to book other flights.

After buying the flights from Tata, the government gave a namesake post to J.R.D. Tata. But he also leaves there. Till then, Air India was an inspiration to air vehicles for the whole world because of its leadership.

After that, it has gone down in grade since it has totally come into the hands of politicians. Because the government changed every five years, the elected representative was unable to maintain it properly. The representatives would be from different backgrounds, and since they did not have a right understanding of the flight, they couldn’t manage the airways properly.

The government started to buy several flights, which was unnecessary and more pay-out. They also started hiring several people for flights. It was considered more expensive and the pay-out unnecessary. Since the money was people’s money, the people who were elected did not consider the expenses and losses. The fall of Air India started here. Little by little, the loss started increasing, and it was a loss of 70,820 crores in 2020.

Up to this point, Air India is at a loss alone. There was no profit on any of their flights.

As everyone knows, Ratan Tata is a man who gives a hit to a product which, in the past, would have faced a big loss. Now he has taken back his own property from a loss, and he also celebrates it with emotion.

We shall again hope for the "flying palace" in the sky.