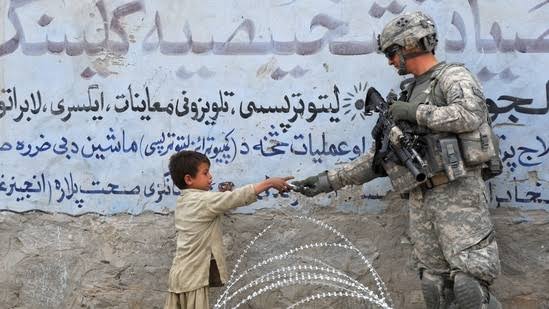 The military campaign of the United States in Afghanistan started after the atrocious 9/11 attack in 2001, which shook the paramount safety structure of the country. The terrorist attack was wielded by Al-Qaeda, supported by the Taliban government of Afghanistan. The attack brought to the world’s eye the vulnerabilities faced by our security systems and the fact that nobody is safe from terrorism, not even the World’s most prosperous country. As a matter of concern and the rut for putting things in place, the US started its military occupations in Afghanistan to wipe out the Taliban and make Afghanistan a democracy.

However, 20 years down history, the US has begun the final withdrawal of its military from Afghanistan. With little concern for the after-effects of the removal.  In these intervening years, the US has faced 22000 military casualties and 2400 fatalities in Afghanistan.

Along with this, the amount appropriated by the US for reconstruction and security forces stands at a whopping $144 million, which made it apparent to the US government that it was time to bring the soldiers back to their country. But the question remains, has the US left the work of refurbishing Afghanistan half-heartedly hanging in between before it could lead to fruition?

The Taliban-Trump Agreement, signed in February 2020, claimed the removal of American soldiers from Afghan soil by May 2021. In the meantime, the Taliban vowed to prevent groups, including the Al-Qaeda, from using the Afghan soil to “recruit, train or fundraise” towards activities harming the US and its allies. The final round of withdrawal was announced by President Biden, on 14th April 2021, and he exclaimed that the complete withdrawal would take place by 11th September.

This has paced the withdrawal process, with the US and its partners now removing their military forces, which account for 2500-3500 US troops and almost 8000 NATO forces. The delay has opened the way for the Taliban to take countermeasures. According to the agreement, the American side “will be held responsible for all future consequences and not the Islamic Emirate” if the withdrawal did not take place by May 2021, which has already passed.

However, a separate meeting took place between the Taliban and the government, but no substantial progress has been made in recent times. The United States proposed forming an interim transitional government, the idea of which has been rejected by the Afghan President, Ashraf Ghani. Meanwhile, the tension and violence between the Taliban and the Afghan government have escalated, as the Taliban links with Al Qaeda have remained well in place, if not strengthened, according to the UN sanctions monitors.

The Council of Foreign Relations has said in a report that the Taliban is in a stronger position than it ever was since 2001. It controls half of the country, 23% on its own, and the rest is disputed territory. Taliban has always rejected elections by calling them “un-Islamic” and believes that the present government is a “puppet” of the United States. US Threat Assessment Report points towards a dim prospect of a peace deal, posing a deep apprehension towards returning to the 1990s. The Taliban is confident of victory on the battlefield, and the Afghan government will struggle to hold them at bay.

The intentions of the Taliban are evident. Owing to the failure of the US commitment to withdraw according to the agreement. In a statement, they said, “the Islamic Emirate will under no circumstance ever relent on complete independence and establishment of a pure Islamic system, and remain committed to a peaceful solution of the Afghan problem, following a complete and certain end of the occupation.” This makes it evident that the Taliban is in no mood to either share power or be a part of the democratically elected government.

The US has claimed that the reduction of troops would not result in any leading changes to the dual mission of the US in Afghanistan: Counterterrorism and training, advising and assisting the Afghan forces. But it is unclear as to the degree of participation that the US is willing to undertake and how it will help the Afghan forces. There is no clarity whatsoever on what would the “efforts” in practice be.

In the absence of a physical military presence in Afghanistan, there will be potential political, financial, and logistical challenges that are bound to be faced. The US military has shown it is possible to remotely, train the Afghan personnel. Training of military persons in third-world countries is possible. But it is for the future to reveal how and when these possibilities will turn into a reality.

In the absence of a peace deal between the Taliban and the government, it is unclear what the immediate course of action in Afghanistan be. The country continues to remain one of the poorest nations on the globe.  As America leaves it hanging with no particular course of action, a grim future might be waiting for it.

India has often reiterated that there should be an Afghan-led solution to their crisis, and internal feuds need to be solved before any international result can be proposed.

This has attracted a critique by a few who believe that India is shedding its responsibility in curbing terrorism. However, this cannot be was verified, because Afghanistan shares a border with Kashmir, which remains India’s most vulnerable to terrorist activities. A stable and terror-free Afghanistan is constantly in India’s favor, however, active participation from the International community, including India, is needed at the hour. With Western powers withdrawing physical support from the land, it is a probability that China would dig deeper into the country through its Belt and Road Initiative, and that is something that India continues to oppose.

To curb the influence of China, India needs to take an active stand in Afghanistan to secure a safe neighbor for itself, to preserve the autonomy of the Afghan people for humanitarian causes. It is true that the Taliban would now want to work with the International community to legitimize its power and would not want to alienate the international community as they did during their previous rule during 1996-2001.

Though this might be a relief that countries have a say in protecting the human rights of the Afghan citizens, the possibility of a hurt civilian engraved in poverty, terrorism, and lack of economic improvement is neither negligible nor ignorable.